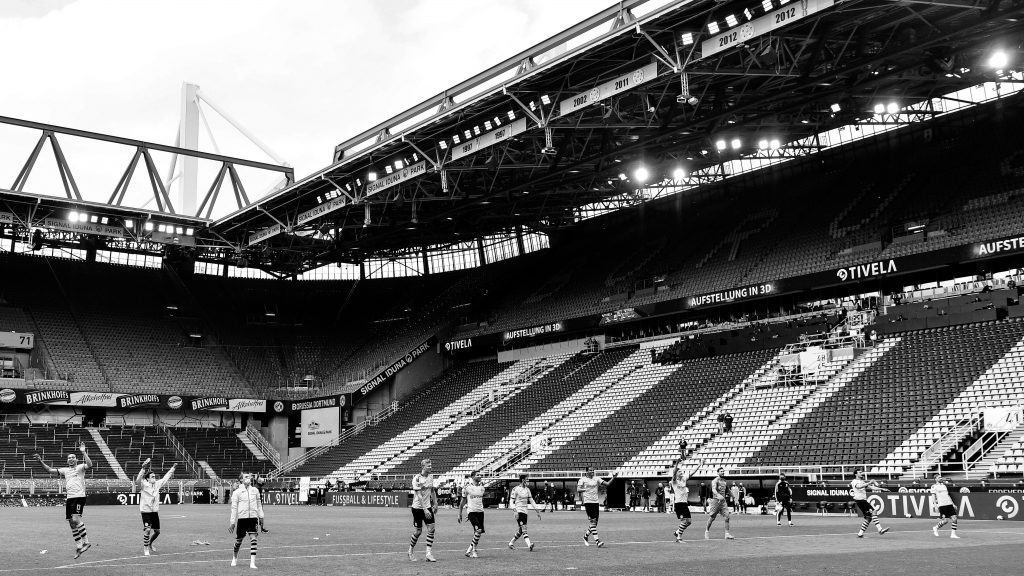 The noisy crowds in derbies will be replaced by silent and empty stands. Fans, as irreplaceable as they are, will have to stay aloof these days.

Lionel Messi’s official debut with Barcelona at the age of 17, against Espanyol. The fateful Catalan Derby for the culés in 2007, a game known as El Tamudazo as a late equaliser from Espanyol’s Raúl Tamudo gave Real Madrid the league title. Wayne Rooney’s bicycle kick against the “noisy neighbours” Manchester City. Mario Balotelli’s famous celebration versus Man United with the ‘Why Always Me?’ shirt. Sergio Ramos’ last-gasp goal to Atlético de Madrid in the 2014 Champions League final.

Derbies are always special. Whether the Barcelona Derby, the Manchester Derby, El Derbi Madrileño, the Basque Derby, the Derby della Madonnina, the Revierderby, the Berlin Derby…Iconic moments and episodes built in the greatest rivalries in the world. The passion, the history, the pride, the honour. But, in particular, if there’s something that makes derbies special, that’s the fans.

Derbies are historic clashes between local clubs, usually from the same city. Therefore, with supporters from two different teams living together, the antagonism gets strengthened on a daily basis. No one wants to lose a derby, for the fear of going to work or school the next day and being a victim of endless jokes and mockery. Victory and defeat, two contrasting feelings that collide when opposing fanbases dwell together.

No, it doesn’t feel the same | Photo by Martin Meissner / Pool / AFP via Getty Images

However, with the coronavirus, football will have to get used to not directly feeling the warmth of the fans. Noise will be replaced by silence. Pressure, by confusion. Roars, by quiet. Twenty-two men will continue to have the same goal, but football will not be the same without fans.

The Hertha Berlin v Union Berlin was due to be loud. The Olympiastadion was patiently waiting to host the newly-promoted Union Berlin in one of Bundesliga’s most appetising encounters. A duel that transcends football, as politics and history play a big role in a once divided German capital. But, today, the Berlin derby will be mute. Like a week ago with the Revierderby between Borussia Dortmund and Schalke 04, only players, coaches and some claps, kicks and whistles will be heard. As Uruguayan writer Eduardo Galeano would say, “there’s nothing more empty than an empty stadium”.