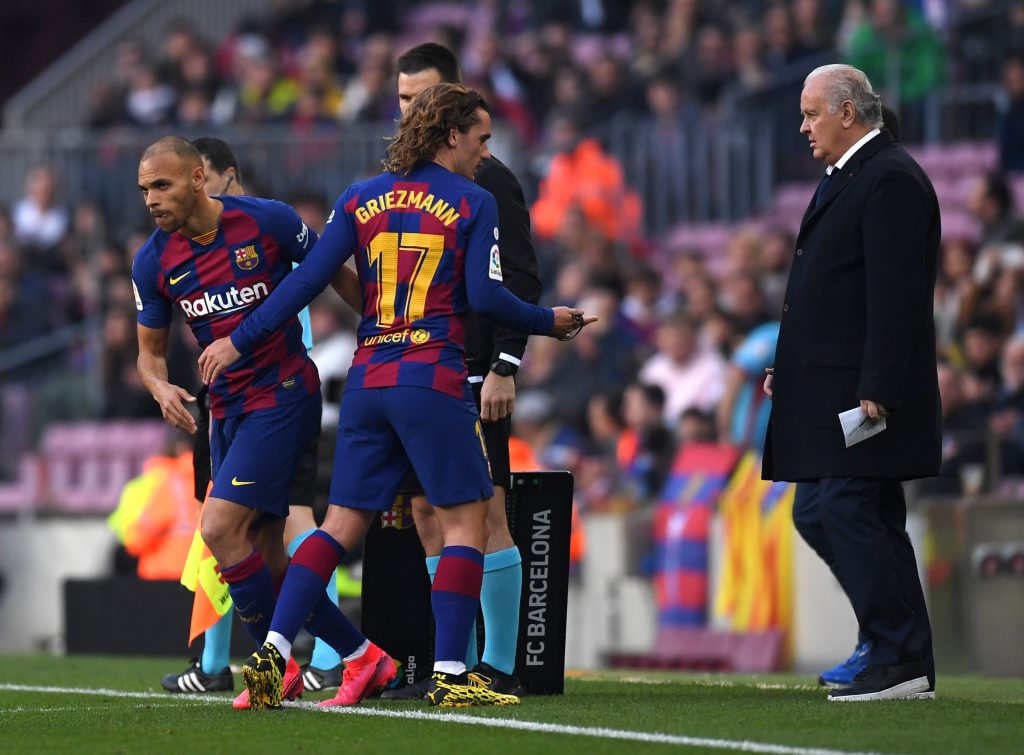 It’s no secret that Griezmann hasn’t had the best of starts to his Barcelona career. Despite scoring the opening goal for the Catalans on multiple occasions and having a reasonable G+A tally, he hasn’t been able to live up to the expectations that came as a suitcase with his 120M transfer fee. Under these circumstances, looking at the positive impact Braithwaite has produced in his few starts, there is a question popping up in the mind of many Culès: ‘Should Braithwaite be given a spot in the starting XI ahead of Antoine Griezmann?’

Over the last few years, the name of FC Barcelona has become increasingly associated with poor transfer decisions. It is not just about the enormous transfer fees involved, but also about how badly things ended between the negotiating parties in these transfer sagas. The fact that none of the last three 100M+ signings really kicked off does not make things any better.

But something above all these controversial transfers was the dubious case of Braithwaite, who was brought in as a replacement for the injured Ousmane Dembele. He was brought in from Leganes, a relegation plagued club that wasn’t even offered a chance to replace him in turn after he sealed his move to the Camp Nou.

He was initially expected to be an option on the bench for Setién, someone to rely upon when situations demand the main players being rested.

Now there is no doubt that Antoine Griezmann is a magnificent player. He has proved himself time and time again for both Diego Simeone’s Atletico Madrid and the world cup winning French national team. But it is conspicuous that he has not found his niche on the pitch for the Blaugrana. Both Valverde and Setién have tried him out in a plethora of roles, but he has not been able to perfectly click in any of them.

It would be harsh to say that he has been a failure. There is no doubt that he has been the difference in many games, including scoring the all-important away goal against Napoli in the knockout phase of the UCL. However, he has been seen wandering aimlessly on the pitch an innumerable number of times, actually looking quite clueless as to what his role is.

He has undoubtedly been a standout performer on the defensive side of the game, his rigorous years of playing under Cholo paying dividends now. But that is not the role he was brought in for.

Next to Griezmann, we have the Danishman, Martin Braithwaite who is still relatively new to the squad. His work rate is commendable and dedication unquestionable. He made his debut against Eibar, where he created the chance for Messi’s goal, and almost scored a couple of his own, all in just 18 minutes.

Since then he has had a positive impact on a couple of games, linking up well with most of the players and overall, looking quite comfortable in the system.

The flaw with Barcelona’s gameplay in the last few seasons has been the lack of width in the attacking third. With Messi tending to drift centrally, there is already a lack of a true winger on the right. This absolutely necessitates the need for a true winger on the left-wing. Griezmann, because he is not naturally a winger, tends to drift centrally, essentially causing a central overload with no attacking movement out wide. This makes it easier for the opposing defenses to effectively lock the forward progression of the ball.

Braithwaite provides more width than most other players in the squad, giving him a slight edge over his compatriots. His off the ball movement is remarkable, and the timing of his runs is at times impeccable. And when it comes to finishing, he has shown to be more fearless in challenging the goalkeeper with his rock-solid shots.

It might be too early to decide if he is worthy of a starting role in the front 3, but he surely seems to have caught the coach’s eye, with Setién opting to start him ahead of others in the all-important match against Sevilla. Given that Messi and Suarez will probably be given the automatic nod to start any important clash, it certainly does appear prima facie that Braithwaite might get preference over Griezmann if the latter does not find his spark soon.

It will take a few more games to gauge the success of Braithwaite in this team. The sample size available for analysis is very slender now. But the value of a player’s transfer fee should not be the only reason he is given preference in the starting XI. The performance takes the upper edge over price, always.