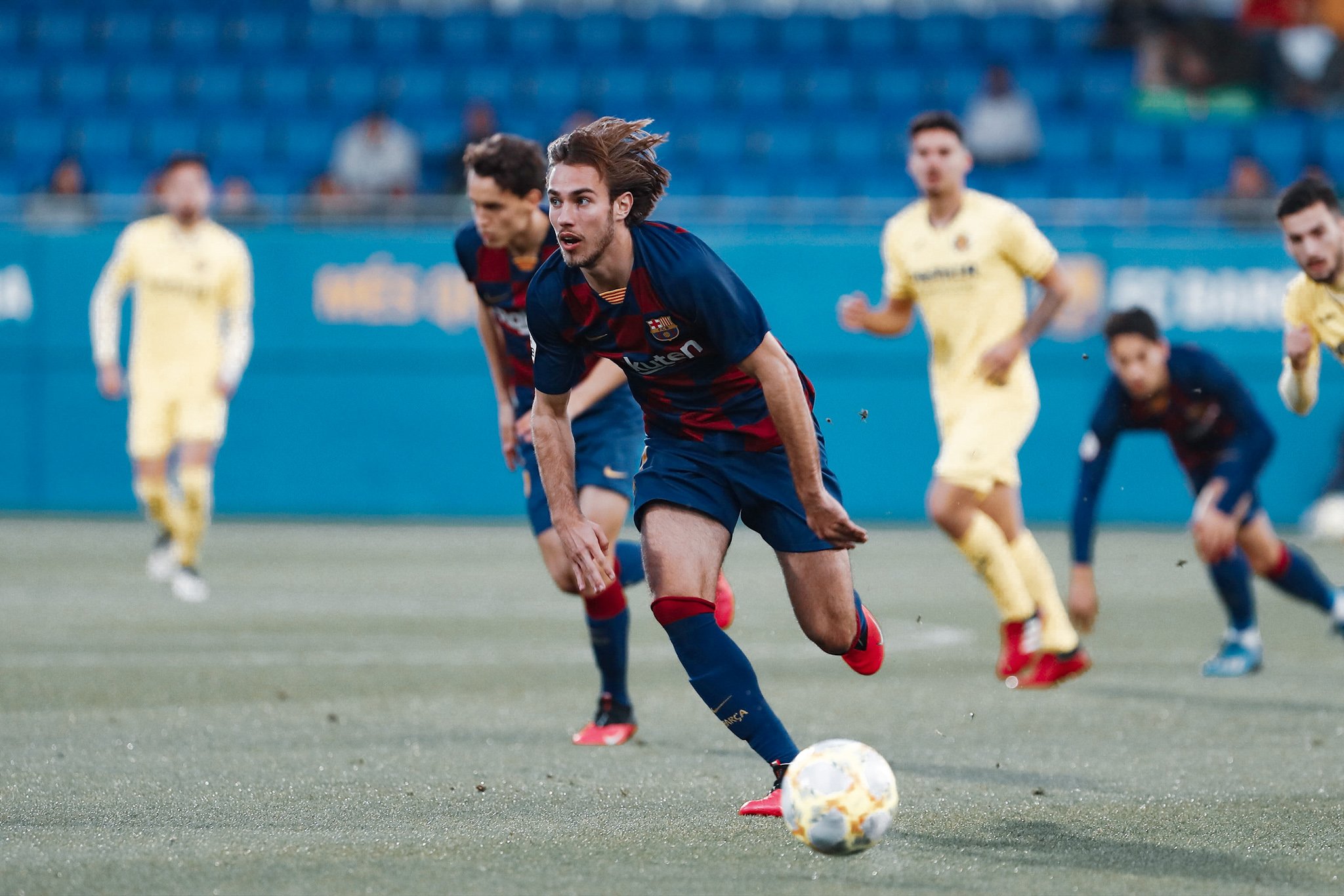 Barcelona are going through their worst period ever. The Catalan giants have suffered from an institutional crisis, an injury crisis, an economic crisis and a lack of tactical awareness. For a club that was on top of Europe a decade ago, the shift in mood is gloomy, to say the least.

However, even during times of grief, there is always some light. There are no never-ending tunnels, and often, crisis leads to solutions. Some solutions are more radical, while others show their faces step by step.

The defender is a tall 21-year-old who has been through every La Masia team. Ever since he turned 7, the Spaniard has been waiting for his chance, and Piqué’s horrible injury propelled him into getting his long-awaited opportunity. Away in Ukraine, the youngster showed a lot of promise. Vocal, superb with his feet and calm with his head, Mingueza was one of the best Blaugrana players on the pitch.

As captain of Barcelona B, Oscar Mingueza is one of the most experienced CBs in the youth sides. (Photo via Imago)

The situation was precarious for Barça at first. They went in with a makeshift defence and dominated the encounter. The same defence proceeded to frustrate the Ukrainians.

In truth, the La Masia graduate showed much more than just a promise, he showed a lot of character. Mingueza looked like a natural, as Jordi Alba said; like a player in his prime rather than a rookie.

Now, after catching everyone’s eyes, the debutant has to continue to mirror that display in order to become a mainstay. His display on Tuesday has given a lot of hope to Culés and could be the answer to many questions. He could become a reliable backup or, if he still shows this level of performance, become a regular. It is up to him to show if he is up for the fight.

Usually for Barcelona, when things go South, they are uncontrollable. The recent displays, along with the accumulations of injuries, have shown that when it rains, it pours at Camp Nou.

When Leo Messi goes down injured, for example, the Catalans look worried and anxious because they have no replacement. Having a big squad sometimes does not mean having a complete squad. Every team needs to know where they are headed and who will play in case of a watershed during the season. However, the giants finally have a complete squad.

Ronald Koeman left out Frenkie de Jong and Messi against Kyiv, and the Blaugranas were able to take control of the situation in their absence. The Dutch midfielder is also the usual suspect when a defender goes down injured. On Tuesday, Koeman might have discovered an alternative to de Jong at centre-back.

Indeed, Mingueza is not the finished product. He needs time to grow and cannot play every game like a veteran. He has to be embedded intelligently in the squad.

Nonetheless, in desperate times, the ball-playing centre-back looks like a great alternative. His attitude showed many signs of ripeness, and he can at least help when his club needs him. As a La Masia graduate, Mingueza will fit right in.

Also, as a youth player, the defender costs next to nothing compared to Umtiti’s salary, for example. Having a cheap alternative which has been waiting for this chance since he was a kid is the way to go. If Barcelona want to go back to their roots, they have to trust Mingueza.

? — Mingueza played a very good game vs Kyiv, and his great performance could earn him a starting spot alongside Lenglet against Osasuna on Sunday. [md] pic.twitter.com/bZHhWeLFiw

Finally, it is worth noting that this was one game, and so the sample size is incredibly tiny. That said, no one starts with a dominating display against Atletico Madrid right off the bat.

Would the 21-year-old have had a Man of the Match performance on Saturday if Piqué was not a starter? Is it plausible to have blind faith in a youngster after one impressive display? Surely not.

After making his debut a memorable one, Oscar Mingueza needs to come in strong against the bigger guns and help Barcelona fill in for Pique, whose void is a behemoth. He can achieve it and have a bright future at Camp Nou if he keeps his feet on the ground. It all starts with another superb performance against Osasuna this weekend.