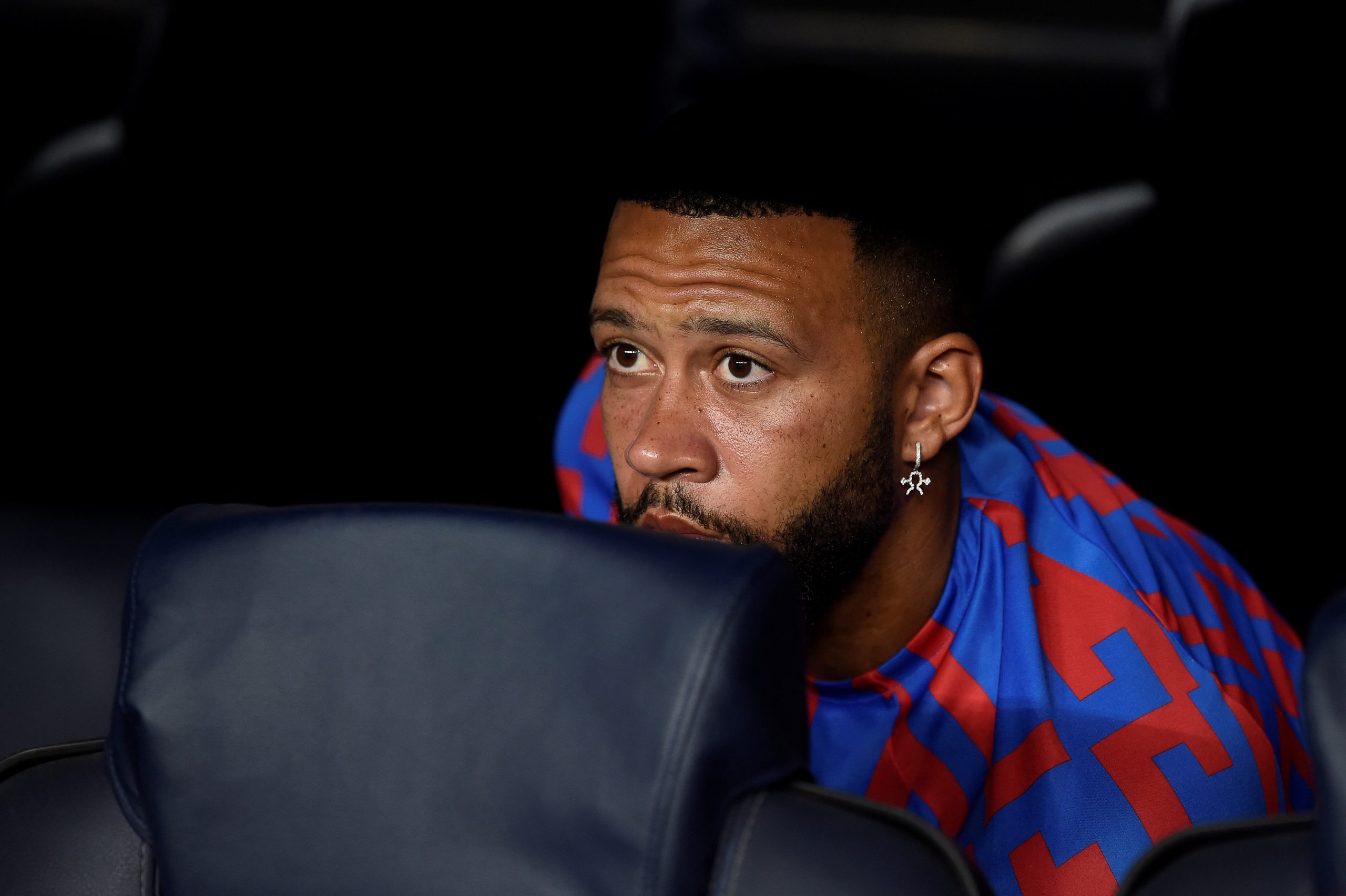 In a summer transfer window that saw Barcelona sanction the sale of players such as Pierre-Emerick Aubameyang, Martin Braithwaite, Philippe Coutinho and Nico Gonzalez, among many others, the presence of Memphis Depay in the team was a surprise for many.

The Dutchman ended up remaining at Camp Nou despite serious speculations over his long-term future at the club. There is no secret that the Catalans had no desire to keep hold of his services and the attacker could not only purely due to the club’s hefty demands for the player.

And now, according to Fichajes, Barcelona remain in talks with other clubs over the possibility of offloading Depay in the January transfer window.

One of the clubs in talks with the Catalans over the Dutchman is Sevilla. The Spanish giants were linked with a move for the former Manchester United starlet during the summer transfer window, but the club could not reach an agreement with Barça.

The Blaugrana were reluctant to let go of the attacker on a cut-price deal. As such, the move could not materialise. But that could change soon as Barcelona begin to soften their stance on Depay and consider the possibility of offloading him on lowered terms.

Depay’s contract at Camp Nou, after all, expires at the end of the season. It means Barcelona may have to settle for the attacker leaving for free next summer if they fail to offload him in the January transfer window.

Therefore, a January move to Sevilla has been mooted for Depay, who has been identified as the ideal man to solve Julen Lopetegui’s attacking crisis.

Los Nervionenses have endured a disastrous start to the season, having only one of their opening five matches. They have scored only six goals in the process, which has accentuated the need for attacking reinforcements in the January transfer window.

Depay, to that end, could be an interesting fix as the Dutchman brings a wealth of experience and may offer the goalscoring prowess required to pull Sevilla out of the mess this season.