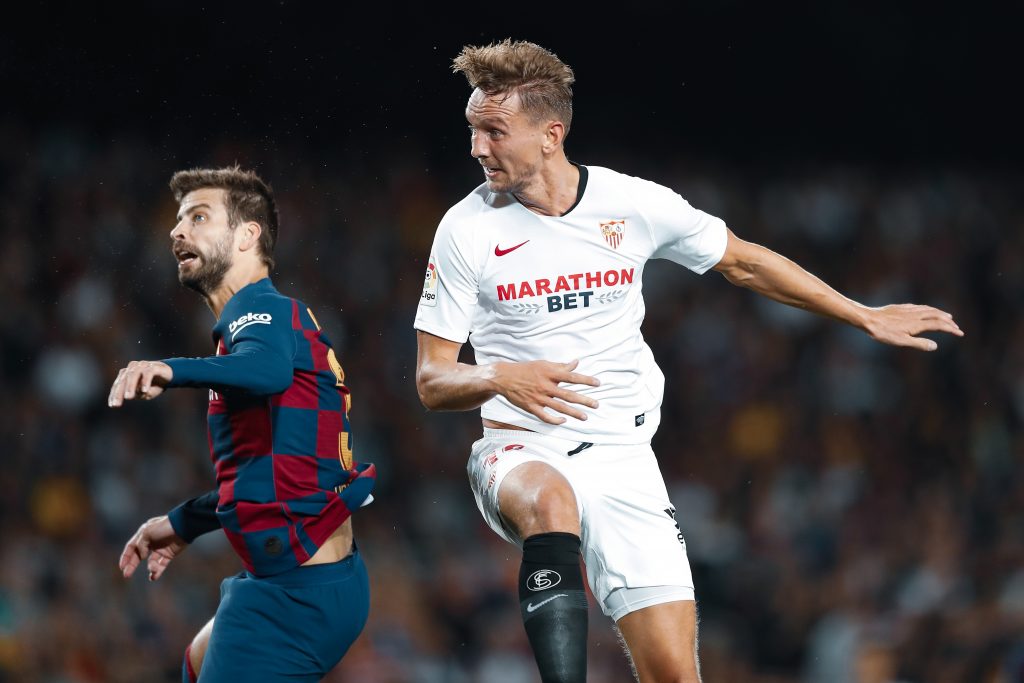 Barcelona have won two out of two after the restart with each game giving different outlooks. Now, they travel to Ramón Sánchez Pizjuán for their toughest test yet. Here’s the preview of the match between Sevilla and Barcelona.

From no games in three months to three games inside a week, the fans have been kept busy and entertained. After the blistering start at Mallorca‘s Son Moix, Barcelona beat Leganés at the Camp Nou by 2–0. While the victory was far from the dominant show the Catalans displayed in the previous game, where they won by 0–4, the three points are crucial nonetheless. Leganés were extremely hard to break down, as Barça struggled to get near the area. However, with two moments of magic, Barça got away with the win.

Now, the squad travels to Seville to meet their most challenging opponent since the restart. Sevilla are a fantastic team, and the Ramón Sánchez Pizjuán is their stronghold. They are a menacing team in their home ground, displaying confident and attacking football. Yet, without their fans, the stadium will be less threatening, and Barça can go on with their game without any distraction.

While the Catalans go into the game with their 100% record after the break, Sevilla drew with Levante after beating Real Betis. They are currently third in the table with Atlético de Madrid, Getafe and Real Sociedad breathing down their necks. The race for the European spots is troublesome this time around, and they might not like to lose points at their home.

Sevilla have always been an impressive side to face in the league. They almost always finish in the European spots and have been successful internationally too. This season, under coach Julen Lopetegui, Sevilla have been particularly pleasing. They started the campaign in marvellous form, dropped off a bit, boosted from other teams’ dipping form and now remain third in the table.

Nevertheless, post the break, they have been struggling to create precise chances and instil their gameplan on the pitch. Against an uninspiring Real Betis, despite winning, they could not dominate and finish off the game. Levante left them settling for a draw after equalising late in the game. Understandably, the interval left them a little rusty and with games, their overall gameplay will improve.

❛ Barça are a great team and they have Messi too. We will try to face them while being recognisable, but taking everything to the limit to stop Messi and the rest ❜

Sevilla have a mixture of both experience and youth. Younger players like Lucas Ocampos, Sergio Reguilón and Jules Koundé have been performing every other week. The older veterans like Fernando Reges, Jesús Navas and Luuk de Jong not only bring the vast experience, but are essential for the system. Unlike Leganés, Sevilla won’t sit back and defend, but are more than capable of striking their influence on the attacking side of things.

The two games have been quite different for Barcelona. While in the first one, they had a lot of space, in the later game, they struggled to break the tight defence. Leganés held their ground for most of the match, preventing Barcelona from entering the box. They crowded Lionel Messi and prevented him from breaking the lines, and Antoine Griezmann could not affect the game with the three marauding centre-backs. The midfield was immobile, with no one making runs into the box and Barcelona lost the numbers battle in the box.

❛ We are focused on being capable of answering this great challenge of facing Barcelona, who are strong again and have clear signs of their identity ❜

While the instinct to win the game nonetheless is appreciable, there are a lot of places to improve. With a lack of regulation wingers, the blaugranas do not make use of the flanks and keep their shape very narrow. The midfielders, aside from Arturo Vidal, do not join the attack or be efficient upfront. So, if the opponent closes down the middle, it is easier to contain the Barcelona attack.

Even so, versus Sevilla, Barcelona will have lots of spaces to attack, as Sevilla are not that effective in defence. Sevilla have to keep an eye on Messi as they are his most favourite victims. The Catalans are without Frenkie de Jong and Sergi Roberto due to injuries, and Samuel Umititi misses the game due to suspension. With Frenkie out, Barça may start Vidal to make runs into the box. Meanwhile, right-back Nélson Semedo will have to make use of the space left open by Messi when he drifts inside.

• Sevilla are unbeaten in the league since February

• Lionel Messi is one goal shy of his 700th as a professional, including his goals with Barça and Argentina. Sevilla are his favourite victim, having scored 37 times against them

Injured: None
Suspension: None

Two games into the restart, there is little room for complacency and rustiness. Both the teams will start their best elevens of the available players, and the contest will be very open. Still, with Barça’s form slightly being better than Sevilla at the moment, they might edge the home team. They have been successful against Sevilla in recent years in the league, and the trend might continue. The writer’s prediction: 1–3 for the Catalans.