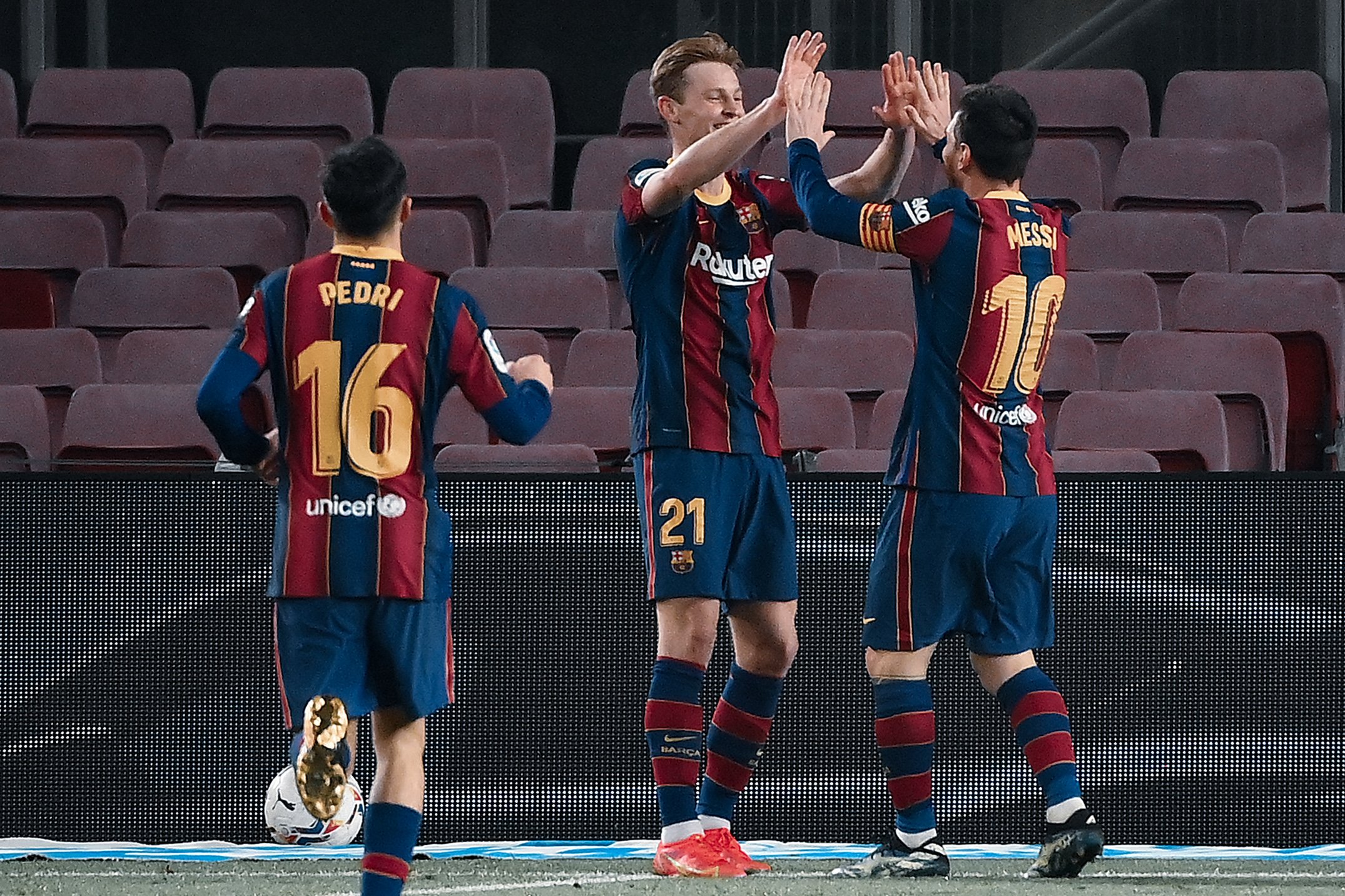 Following a comprehensive 3-0 victory over Elche in La Liga Santander, Barcelona are once again on the road as they ready themselves to face a Sevilla side in blistering form.

The last time Fútbol Club Barcelona and Sevilla faced off, two golazos, first by Jules Koundé and then former Blaugrana Ivan Rakitić, sealed a comfortable 2-0 victory for Julen Lopetegui’s side. Ronald Koeman’s outfit were, by and large, the inferior side in the game, as for large streaks of the match the attack failed to generate any clear cut chances. The defence, on the other hand, gave away two easy goalscoring opportunities and were duly punished for their carelessness.

Heading into tomorrow afternoon’s game, both sides find themselves in starkly contrasting form. Subsequent to their one-all draw against Cádiz, the Catalans reclaimed a third place on the log with a Lionel Messi inspired 3-0 Victory.

It was, in many ways, a game of two halves, with a dull first half performance supplanted with a much more dominant second period. That clean sheet was Barça’s first in eight games, and it should offer a much-needed confidence boost heading into their top of the table clash with Sevilla.

Las Palanganas are a side that need no introduction. Sitting fourth on the table and with a game in hand over the Azulgrana, Julen Lopetegui’s side are in the form of their lives. Ever since their agonizing 0-2 loss against Atletico de Madrid, Los Nervionenses have won six in a row in La Liga, with the only blemish being their 2-3 home defeat to Borussia Dortmund in their first-leg Champions League tie.

Now firmly among La Liga’s heavyweights, Sevilla are in good enough a position to challenge for the league title. After all, they are just seven points behind leaders Atleti and with an equal number of games played too.

Julen Lopetegui’s side have a consistent setup, as they often look to deploy a 4-3-3 for maximal control of the midfield, as well as the wider areas on the pitch. They are as organized a team as they come in Spain’s top flight with a robust press, this emphasized by their staggeringly low PPDA of 7.5, the least in the entire division.

They are expected to play much of the same starting eleven as they did against Barça last time out and will play on the Catalans’ weaknesses, particularly their inability to handle the pressure for more than a few minutes. This will be a test for Ronald Koeman’s charges to prove to their impatient fanbase that they truly are capable of being one of La Liga’s hard hitters, one they just have to win.

The game against Elche was the perfect opportunity for Barcelona to put pressure on those above them, and they did, grabbing all three points with goals from Lionel Messi and Jordi Alba. While a seemingly dominant result, the Catalans did face some trouble early on, and the problems encountered will have a drastic influence on Ronald Koeman’s decisions in this tie.

The Dutch manager is expected to make several key changes to his starting eleven, with the biggest of which occurring in midfield and attack.

At right-back, on the back of a remarkable performance at home, Oscar Mingueza might hold down the fort against Sevilla. In central defence, Gerard Piqué is a must for the tie, though questions still linger over who, between Clément Lenglet, Ronald Araújo and Samuel Umtiti, should be partnering him as the left centre-back.

The Uruguayan has been out through injury for almost a month and just returned, while the other twoare far from dependable in big games. Koeman might pick Araújo given his proven defensive resilience, though it is as big a gamble as they come, as any wrong move could result in yet another excruciatingly long injury.

In midfield, following yet another distasteful performance, Miralem Pjanić will almost certainly see himself benched for Sergio Busquets, while Pedri Gonzales and Frenkie de Jong fill the other two spots.

The final third raises many questions but offers few answers. Francisco Trincão had a morale-boosting performance against Elche. However, he might be used as nothing more than a sub for this game, with Ousmane Dembele coming back in on the right-wing. On the left flank and on the back of a remarkable second-half performance, Martin Braithwaite could start for the second time in a row, though the magnitude of the game suggests that Antoine Griezmann is an easy pick.

A man who not only sees but also lives the game, Jules Kounde is surely one Barça must set their eyes on. His tactical profile makes for an interesting mix, as he gradually evolves into more than just your average centre-back. Through his dynamic dribbling ability upfront and airtight defending in the first third of the pitch, Barcelona will have the toughest of trials to overcome if at all they wish to get anything positive out of this match.

The past three outings between these dudes have been far from what one might call classics, especially given the relative lack of goals. This is as equal a tie as Barcelona could ask for, and assuming they can play to their strengths, and mitigate those of their opponents, they might be on course for all three points. 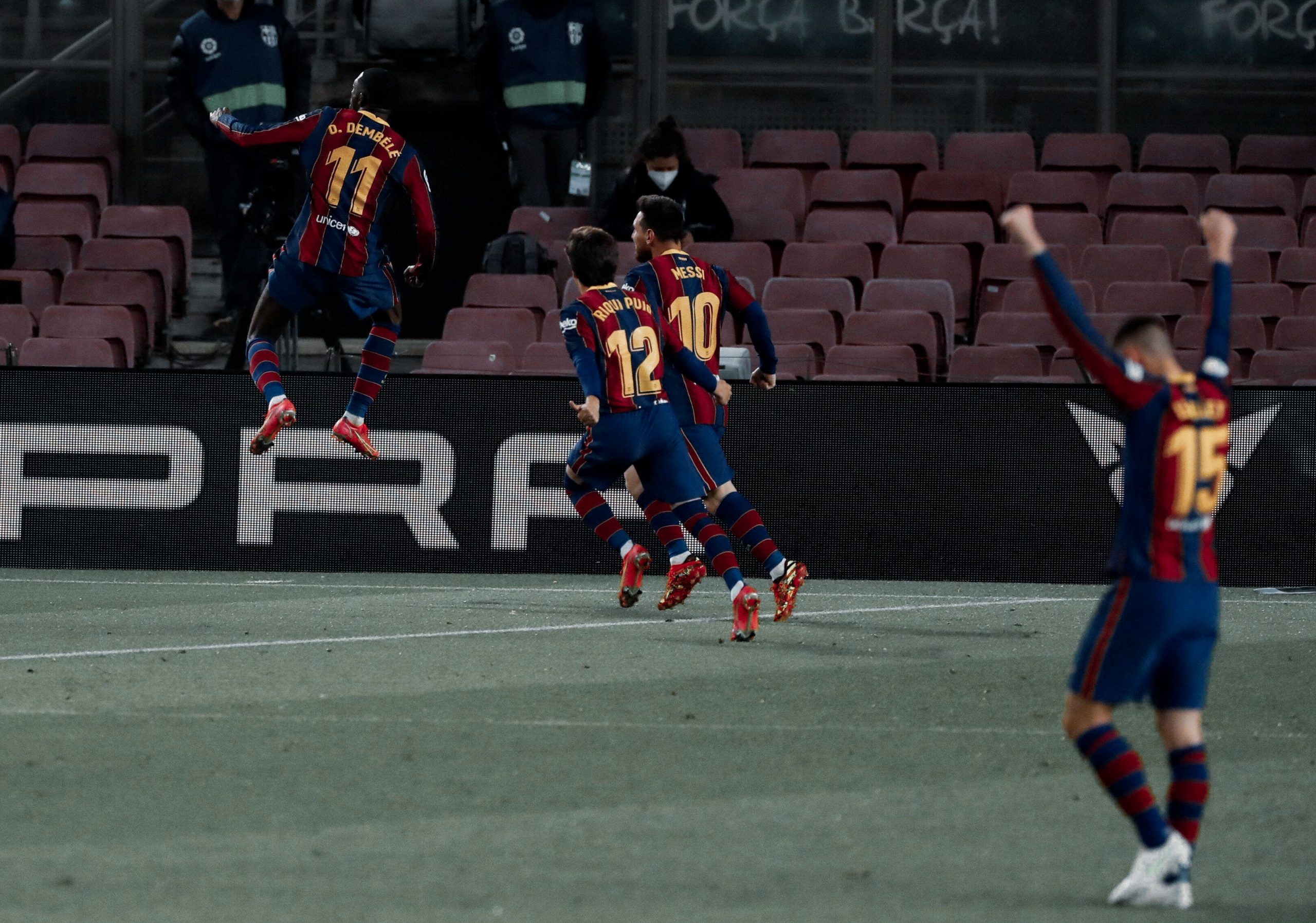