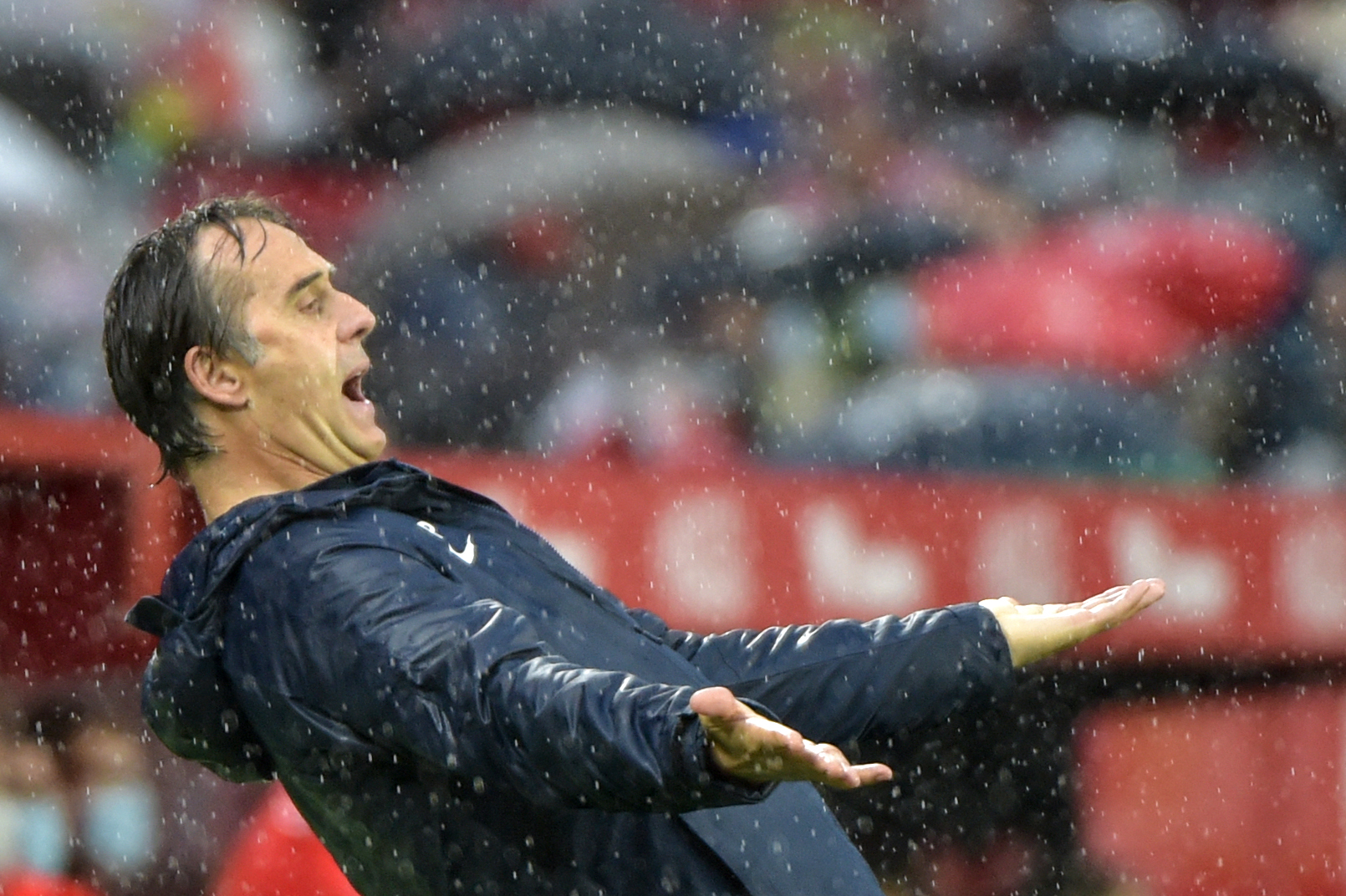 Sevilla’s recent slump in form has allowed Barcelona to jump through the ladder and as the Blaugrana prepare themselves for an epic battle for the second place on Sunday, the Palanganas manager, Julen Lopetegui, has delivered his take on how Barça have turned the tides on its head.

Speaking ahead of Sunday’s game at Camp Nou, Lopetegui had nothing but praise for Xavi’s team. He said that judging by their recent performances, Barcelona are the most ‘in-form team not just in Spain, but in entire Europe’.

“We’re going into this match with ambition and excitement, and we’re keen to face the most in-form side in not just Spain, but I’d say in Europe.

“They could win the Champions League at this moment based on their style of play, squad, run of form and performances. They’re one of the most important sides you can face,” he said as quoted by Catalunya Radio.

Barcelona’s last meeting with Sevilla dates back to December 2021, which ended in a 1-1 draw despite the latter being reduced to 10 men soon after the hour’s mark. Since then Barcelona have won eight of their last 10 La Liga games while drawing two.

“Every match in LaLiga is complicated, but this time we’ve got the difficulty of facing an in-form team, who aren’t just winning matches comfortably, they’re playing well and putting in top performances,” Lopetegui added.

Barcelona are not only unbeaten, but they have been scoring goals for fun as well, having netted four goals in four of their last five league matches.

“This must motivate us to achieve an aim that really excites us, and that’s playing well at the Camp Nou and beating an extraordinary rival despite the difficulties. That’s the intention we’re going there with, we’re aware of how tough it is but we’ve got that excitement that must drive us,” Lopetegui concluded.

Barcelona, currently fourth in the standings, are just three points away from Sevilla with a game in hand. A win at Camp Nou on Sunday will take them level on points with Palanganas albeit second in the standings, thanks to a superior goal difference.