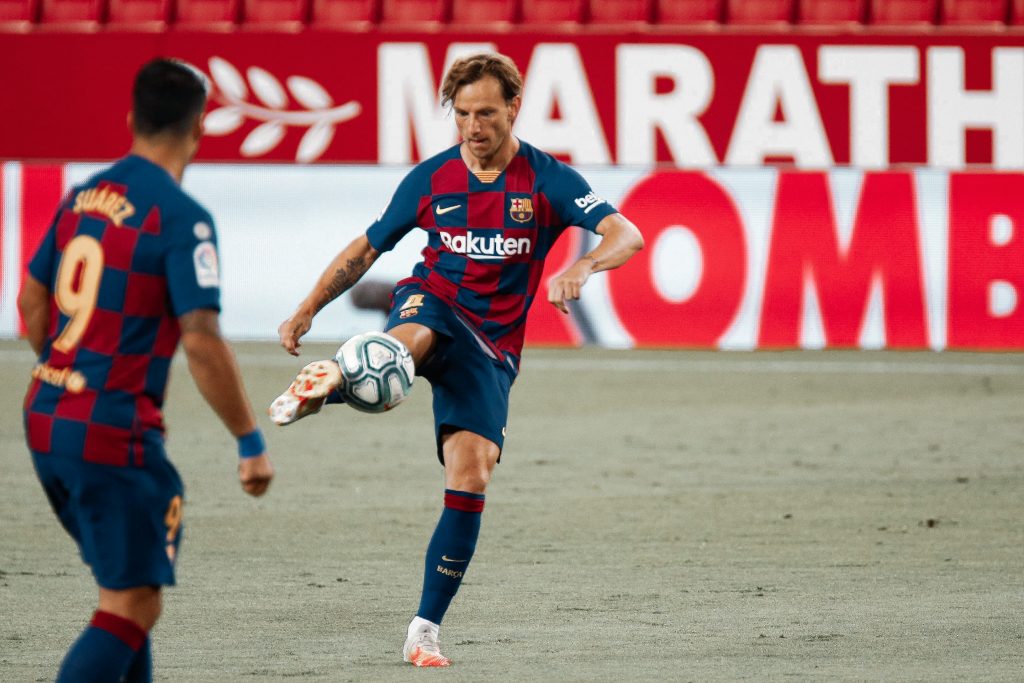 In a disappointing draw for the Catalans at the Sánchez Pizjuán, these are the ratings from each Barcelona player in last night’s game against Sevilla.

Barcelona failed to seal the victory at the Ramón Sánchez Pizjuán stadium as Sevilla proved to be an incredibly hard nut to crack. While Julen Lopetegui’s side would partially be happy with a draw, for Quique Setién, dropping points at this stage has to be considered as a loss since Real Madrid are now provided with the perfect opportunity to go in front. With Barça’s first slip-up in the title race, all eyes will be on Madrid at Anoeta this Sunday.

Focusing on last night’s goalless draw between Sevilla and Barcelona, many conclusions can be drawn. The collective, overall, left much to be desired in the end. But, while some players disappointed, others certainly stood out. This is how each of them performed:

While Marc-André ter Stegen had a busy night in goal, he was determined to keep Sevilla’s agile forwards at bay. The German denied opposing wingers Munir el Haddadi and Lucas Ocampos from scoring in the second half as he helped his side secure the fourth clean sheet in a row.

Gerard Piqué was a ray of hope for the blaugranas at the back, breaking down several plays and establishing a solid partnership with Clément Lenglet. The Spaniard went high up the pitch almost every time an opportunity arose, while also fulfilling his defensive duties with tremendous efficiency. Despite getting caught off guard on a few occasions, he was able to successfully reposition himself.

French international Clément Lenglet looked in good knick facing Sevilla at the venue he once called home. Lenglet complemented Piqué effectively as he was quick to deny Lopetegui’s men from lashing out on the counter-attack. After his excellent display on Tuesday against Leganés, last night the 25-year-old looked calm and collected in one-on-one situations, making several clearances and winning almost all his ground duels.

Sergi Roberto’s absence through injury seemed like a huge blow at first, but Nélson Semedo stepped up when it really mattered as he proved to be a constant threat on the right hand side, finding himself in prominent positions upfield. Not only was Semedo able to cover up on the defensive end, but he was also lethal moving forward. Nonetheless, it could certainly be argued that Nelson’s lively performance had slightly deteriorated after proceedings.

Similar to his full-back partner in crime, Jordi Alba displayed adept positioning, with his composure in defence and flare upfront, giving Barcelona an edge on the left hand side. He was there to help the Catalans on the defensive end and also ensured he created chances for his team in attack.

Sergio Busquets executed the pivot role almost perfectly. He was the link between defence and midfield / attack. The Spaniard also went into the centre-back position frequently when one of the Barça defenders had gone high up the pitch. Although he didn’t contribute much to the host’s counter-pressing and looked lethargic by the end of the game, he still had an important part to play in controlling the midfield.

Everyone from Barça impressed in the first half, but the overall level seemed to drop after half-time | Photo by Fernando Ruso / Cordon Press via Imago

Iván Rakitić covered a great deal of distance and helped Barça regain possession several times. He was energetic and a breath of fresh air for the azulgranas. The Croatian made the right plays and minimally gave possession away, helping Barça continuously retain the ball. However, after the 60 minute mark, he undoubtedly seemed tired.

Often made to incorporate areas Lionel Messi would leave unguarded, Arturo Vidal did well in covering up for him. The Chilean was impressive with his pressing and knack to win the ball back, but failed to be as influential of assertive as he was a week ago against Mallorca.

Not Lionel Messi’s best performance, who regularly had to drop deep in order to add some sort of creativity in the Catalans’ stale midfield. In spite of looking sharp in the first half and being involved on the ball, he seemed too overburdened after proceedings considering the side lost its energy and intensity almost completely.

Uruguayan striker Luis Suárez looked extremely out of form and miraculously ended up playing the full 90 minutes. Suárez missed a couple of great opportunities to score and struggled to connect with any of his partners in attack. A disappointing night for a player who could have offered immense support on his day.

Martin Braithwaite made some piercing runs in attack, but was partially confused as to where he was supposed to station himself. He didn’t seem to combine much with Messi or Suárez and was also unable to provide the width Barça were looking for. Eventually, the Dane forward came off for Arthur in the 63rd minute.

❛ We thought that Braithwaite over Griezmann, with his pace, was better tonight. These are decisions that have to be made thinking about the match, the rival…❜