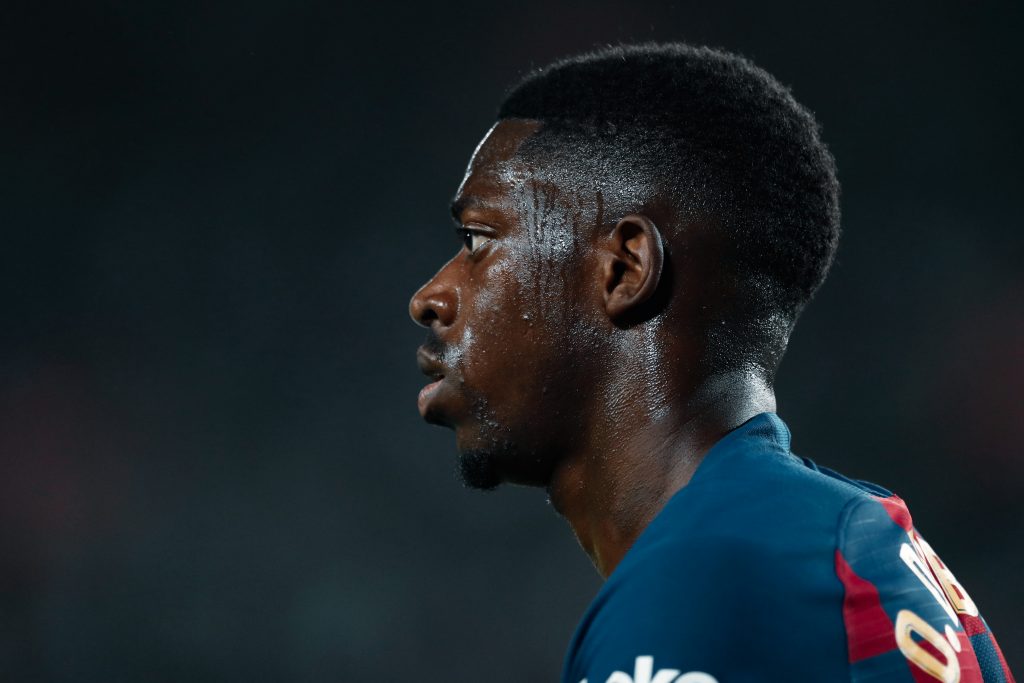 Quique Setién wants Ousmane Dembélé to be the main signing or addition to the Barcelona squad for the upcoming term. Will culés finally be able to see all of his virtues?

With the possible financial complications of landing Neymar in the summer, Quique Setién is clear about something: he has total faith in Ousmane Dembélé and wants him to be Barcelona’s main signing for next season. The Frenchman, who arrived in 2017 to fill in the void left by Ney‘s departure, is set to stay for his third campaign at the Camp Nou in spite of his frequent fitness problems.

With Dembélé’s recurring injuries having lowered his market price, Barça and Setién’s plan is to take close care of his recovery and translate the coach’s confidence to the pitch. According to Mundo Deportivo, the Cantabrian manager has full trust in the 22-year-old and rules out his exit. Ousmane has not be able to play a single minute under Setién yet, as he suffered a muscle injury in his right thigh in the game against Borussia Dortmund, and hasn’t come back since. Dembélé was rejoining the training sessions when Quique replaced Ernesto Valverde as the first team coach, but right after it the young winger suffered a setback and is now expected to be out of action until August.

❛ Dembélé can give us a lot. We will try to finally show what he has. Let’s hope that his performances will be continuous and see how good of a footballer he really is ❜

Quique Setién
before Dembélé got injured in February

Nonetheless, in spite of his fitness troubles and reported indiscipline problems, Setién has always praised the differential qualities of Ousmane, as well as his attitude and commitment. “You have to keep in mind that they are still young kids. His dedication, from what I have seen, is total and absolute. I have tears when I see the capacity and intensity in which he works”, the Spaniard said before the former BVB attacker got injured in February. He added: “We are delighted with Dembélé. He can be the winter signing. You never know how things happen and we always think positively. It’s clear that his recovery will come in hand”.

In the end, Dembélé couldn’t be the winter signing Quique wished he would be, but he could be a summer signing. Setién’s eyes sparkle when he has to talk about Ousmane, who desperately needed a coach like the 61-year-old in order to demonstrate all the talent he has inside. When at Rennes and at Dortmund, Dembélé’s gift, dribbling expertise, explosive conditions and technical abilities were undeniable. However, issues related to his physical form, confidence and adaptation, on and off the pitch, have prevented him from showcasing on a regular basis all the quality he has.

Setién could be a career-changing manager for Ousmane if the player manages to live up to the public admiration directed at him by the former Betis boss. If Quique values him, it must be for something. His tactics could have in Dembélé the distinctive direct winger such possession football requires in order to be more purposeful. But these are just assumptions, and until the Frenchman isn’t back on the field, no definitive conclusions can be drawn. Could next season finally be Dembélé’s?