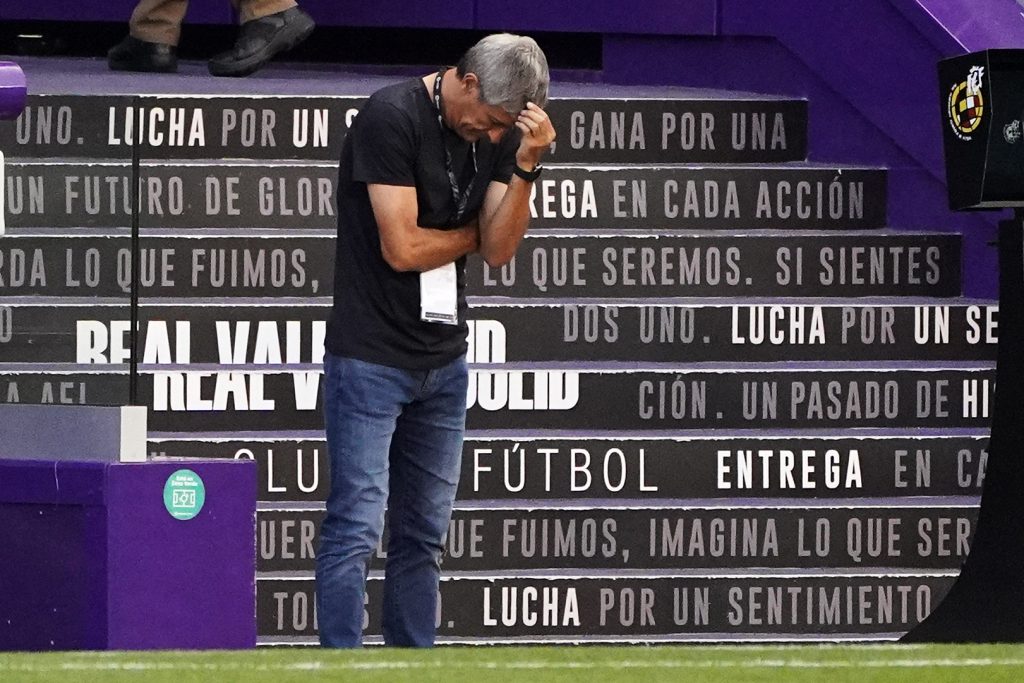 Quique Setién has spoken in the press conference ahead of the Osasuna game in La Liga round 36. The Barça boss told that he “sees himself with Barça next season”.

Setién explained that “it is true that sometimes the results are not there, but behind it, there is a job and the important thing is whether the job is well done or not”.

The 61-year-old insisted that there have been three draws, and only one of them was deserved – and this has cost them the League. Setién also added that the results are more under his responsibility, but not completely:

“I’m one more part and I take my share of responsibility, but not totally. I would give more credit to my rival, Madrid, who has won everything and that cannot be discredited.”

On tomorrow’s game against Osasuna:

“We will try to win the game tomorrow, this one and on Sunday. Regardless of what happens, our obligation is to try to win.”

“It’s his opinion but La Liga is not over yet.”

“Many players need to rest. Messi is out of this world. There is nothing I haven’t said about him already.”

“Surely Frenkie will have minutes tomorrow. He’s in very good shape, he has practically overcome his annoyances. We will see if he will start tomorrow.”

“Arturo Vidal has played more than 50%, at least since we have been here. He transmits a lot of energy, positivism, he does things very well. He already has scored eight goals, he gives us threat and strength and he’s a very important player.”

“Arthur has returned to training and he is ready to play if I need him.”