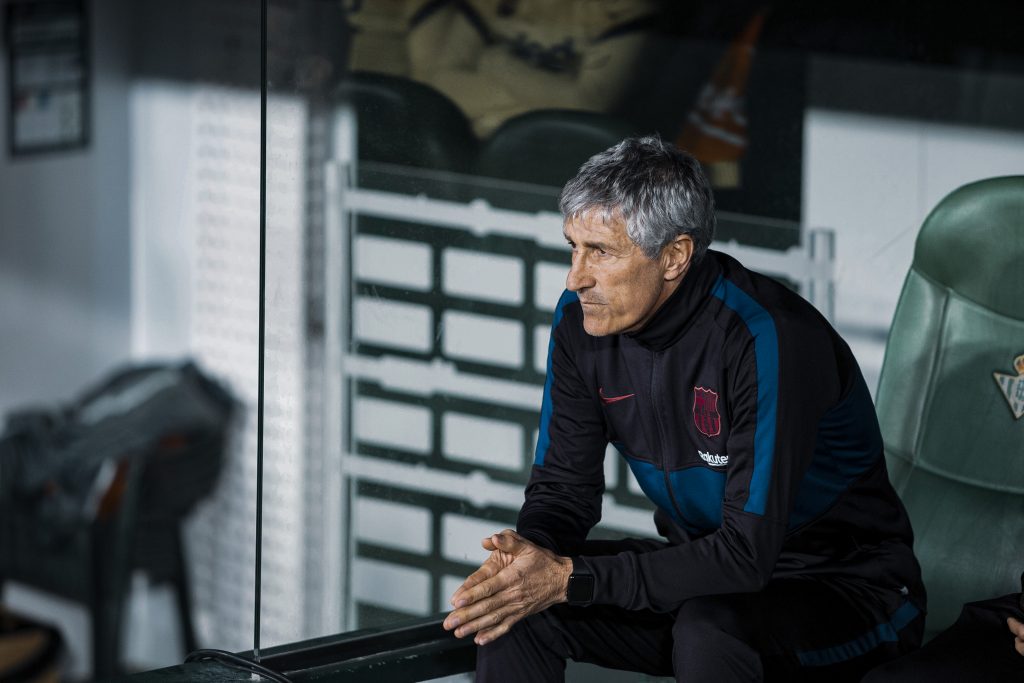 After a disastrous and brief managerial tenure at Barcelona at a time where he was set up to fail due to the club’s landscape, Quique Setien has been as good as off the grid. He has not appeared in the public eye, staying away from coaching and not even giving any interviews.

However, he has finally resurfaced to speak to Jotdown magazine, opening up about his absence from the football sphere and providing a few saddening anecdotes about his time as Barcelona coach along with the challenges he faced during it in a massive interview about his life and career.

Setien was asked about the year that has passed since his last game as a coach, which came with Barcelona, and he spoke about how he has had coaching offers from outside Spain, but they have not been interesting enough from a sporting and financial perspective.

He even praised Pedri, before opening up about the torrid time he had at Barcelona: “What I found in my time in Barcelona is something I had not seen in 40 years of football. The dressing room was not happy.”

On whether or not he would return to coaching anytime soon, Setien said: “Right now I don’t see myself coaching again. I don’t even feel like doing it. Not a bit. I’m going to coach a second year youth team, to be an assistant to a teenager. I have lost all interest in coaching, but not with the children.”

Setien was far from the perfect Barcelona coach, but he was equally set up to fail in the horrid climate of the club at that time. Hopefully he can rediscover his love for coaching and leave his stint in Catalonia behind him.