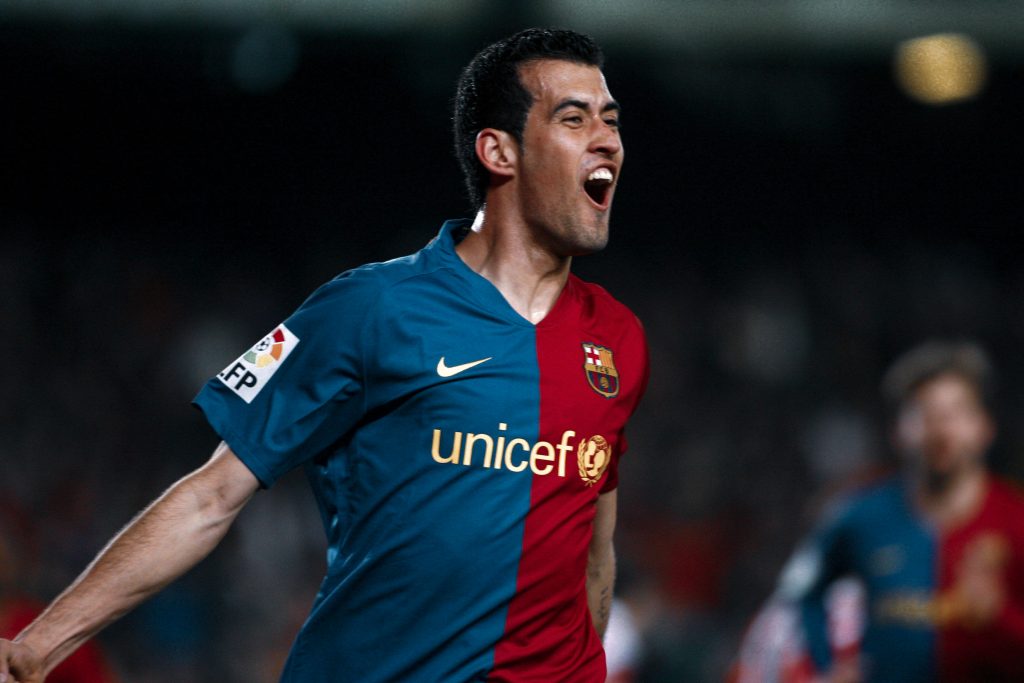 Header Image by Cordon Press / Diario AS via Imago

As Sergio Busquets turns 32, we look back at what has made him so special yet underrated through his Barcelona and football career.

Sergio Busquets, one of the most subtle and one of the smartest footballers to ever grace the game. The Octopus of Badia, as he is called, is one of the most important players in whichever team he plays. For Barcelona and for Spain, he has been a crucial part of these sides. He’s like a small cog in the system, hardly noticeable unless you actively watch him, but without him the entire team would fall apart.

He has proven this time and again, winning the World Cup and Euros once, the Champions league thrice, the FIFA Club World Cup thrice, La Liga eight times, the UEFA Supercup thrice, the Copa del Rey six times and the Spanish Super Cup eight times. Apart from these accolades, he has always been regarded as one of the best midfielders ever.

“The first time I saw Busquets playing, I called a friend and said: ‘I saw a player from an extinct species’. He’s a star”

To put it concisely, Busi is a wonderful footballer. He is an excellent midfielder. His technique is impeccable, his passing creative and as accurate as possible, his awareness and game-sense some of the best ever. Under Pep Guardiola, Busquets went from being a young prospect to a household name throughout the world. Since then, many managers have come and gone. All of them understood what makes the Spanish midfielder such a special player.

Busquets’ attacking talent is mostly thanks to his line-breaking passes and intelligence. A master of la Pausa, he waits for his teammates to make the move, and just when the opposition is weakest, Sergio pulls the trigger. Very rarely is he the one making the killer pass like Andrés Iniesta or Xavi Hernández, but the attacks very often pass through Busquets. He dictates the tempo perfectly.

Knowing when to pass laterally, when to break the lines and when to pass backwards is very difficult. You have to be aware of the layout and current positions of both teams to make this decision. The fact that Busquets has been doing this consistently for a decade is ridiculous. Because of him, his team can sustain attacking play with him ready to recycle possession in the final third.

Since his debut in 2008, Sergio Busquets has always been pivotal in Barcelona’s first team | Photo by Imago

A lot of people state that Busquets is a liability in defence because of his lack of pace. His pace isn’t and has never been the best, agreed. But thanks to his excellent game-sense, Busquets still manages to contribute a lot defensively. When recycling possession in the opposition’s half, if the rivals do gain possession and look to counter, Busquets simultaneously covers the passing lanes while pressing the opposition.

The number of counters he has stopped and occasions in which he has helped Barcelona defensively is huge. His interceptions are one of the reasons he is called the Octopus of Badia, and rightly so. As a player who always knows where the opposition wants to end up, the defensive midfielder is superb in getting into position quickly and stopping the attack before it can begin.

As the Spanish veteran turns 32 on 16th July 2020, he is still a major part of the blaugranas. Maintaining such a high level for so many years, Busquets is an example for any young footballers, especially midfielders. As the popular quote by former Spain head coach Vicente del Bosque goes, “If you watch the game, you don’t see Busquets. But if you watch Busquets, you see the whole game”. This quote is accurate even now.

The shear grace, intelligence and awareness with Busquets plays is not matched by any other player. However, for some reason, there is a huge number of people who think that Sergio is not a good player or that he isn’t useful for Barcelona anymore. To those people, no response is needed, just the fact that the same person who they worship, Pep Guardiola, said the following: “If I was reincarnated as a player, I’d like to be like him”.

Sergio Busquets is one of the symbols of the very principles that FC Barcelona is based upon. His contribution to the club and the supporters is unimaginable. The day that he hangs up his boots will be one of the saddest days not only for Barça, but for the entire footballing community. But for now, as Barcelona face Osasuna in a few hours, the prospect of watching the genius midfielder play must remind us fans how lucky we are to witness Busquets play for Barcelona.