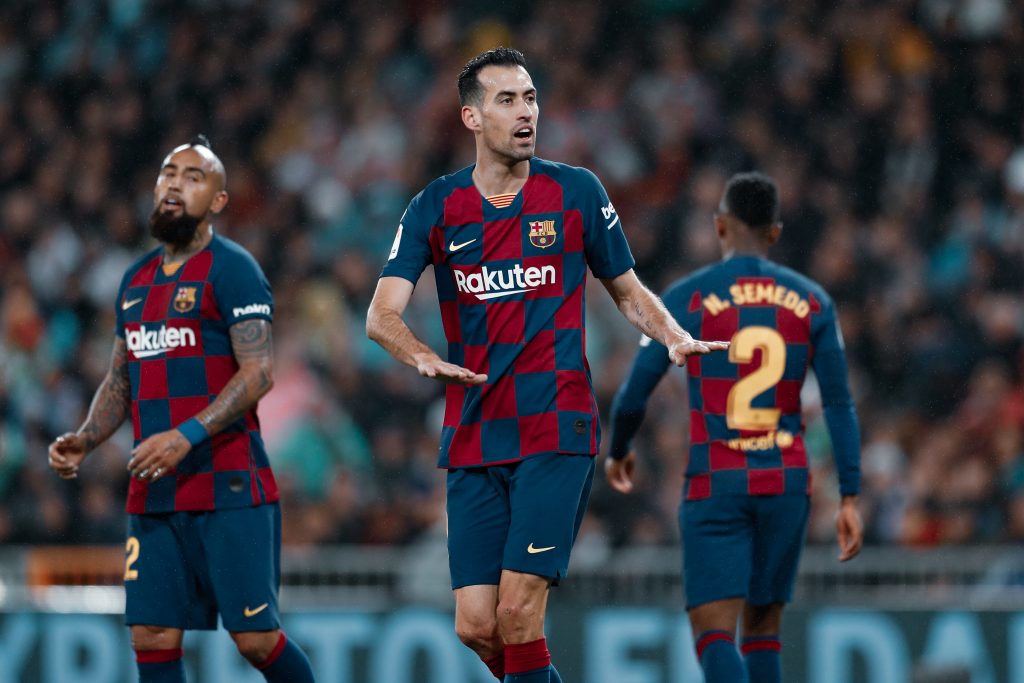 Analysing Sergio Busquets is the hardest thing there is, because his role is so unique, distinctive and tranquil that you often find it hard to notice his contribution on the field. Silently and tacitly, he gets the most backbreaking tasks done. However, remove this pillar from the squad and the team will come collapsing down like a house of cards. As former Spain coach Vicente Del Bosque put it brilliantly: “If you watch the game, you don’t see Busquets. But if you watch Busquets, you see the whole game”.

Busquets is the bridge that connects all three departments. His services have been incredibly crucial to Pep Guardiola and the other various managers that have managed Barcelona. He isn’t attracted to the media and nor is he a fan of the limelight, he just wants a ball at his feet, which along with being a fantastic footballer, is exactly what makes him such a relatable personality.

The number 5 does things his own way, various clubs across the world have tried to create their own version of Busquets, but only to find themselves failing miserably. Nonetheless, despite the defensive midfielder’s distinct style of play, he has always been tailor made for Barça’s elegant football. He’s the engine that runs things, the conductor that leads the orchestra and the brains behind the operation. Simply put, Busquets is the foundation of the squad; he’s fundamental to Barcelona’s success.

While often left in the shadow by the media, the work and intellect from Sergio Busquets is unmatched and unequalled | Photo by Aitor Alcalde via Getty Images

Countless facets of Busi‘s gameplay make him so brilliant. Though, the most prominent are his composure, timing and eagle-eyed awareness. Oppositions have, in the past, tried sending cavalries to disrupt Barça’s ability to play from the back, but the Spaniard manages to weave his way past any obstacle that comes forth. It’s as if he has an ultra instinct, seeing things in motion before they are even executed.

When it comes to timing the moment the ball has to be released, the maestro in midfield is once again unrivalled. Sergio takes his time until there are passing lanes free to exploit. He keeps the ball in possession, twisting and turning, having his eyes locked in every direction and constructing a map in his head with just a slight glimpse of his surroundings. Unlike many footballers in today’s era, the 31-year-old doesn’t just pass the ball for the sake of it, but because he has a purpose for every action he takes.

The World Cup winner is also a wonderful asset to have when teams look to apply pressure since this man, even with players swarming all over him, never breaks a sweat. Though he certainly hasn’t been able to be the same rock he once was, Busquets’ ability to get out of tight areas with the most delicate of touches is remarkable.

The arrival of coach Quique Setién has really brought the best out of him and he has arguably been the club’s finest player after Messi this year. Operating as a single pivot and taking control of things makes him a lot more imposing, which is why he’s been in top form lately. While it could be argued that Ernesto Valverde was misusing Busquets in his previous term, Setién made sure that his way of playing relied on Sergio having the authority and liberty to carry out plays from the back. So far, that decision is bearing the new manager fruit.

It’s sad how a large proportion of this fan base turned against him this season. Legends like Busquets, even on their off days, must never be disrespected. Unfortunately, the day Busi departs us is closer than ever, so till then, let’s make sure we seize every moment of him on the ball.

• Do the Barça goalkeepers need to be rested as well?

• Blackout Tuesday: football should learn and teach a lesson