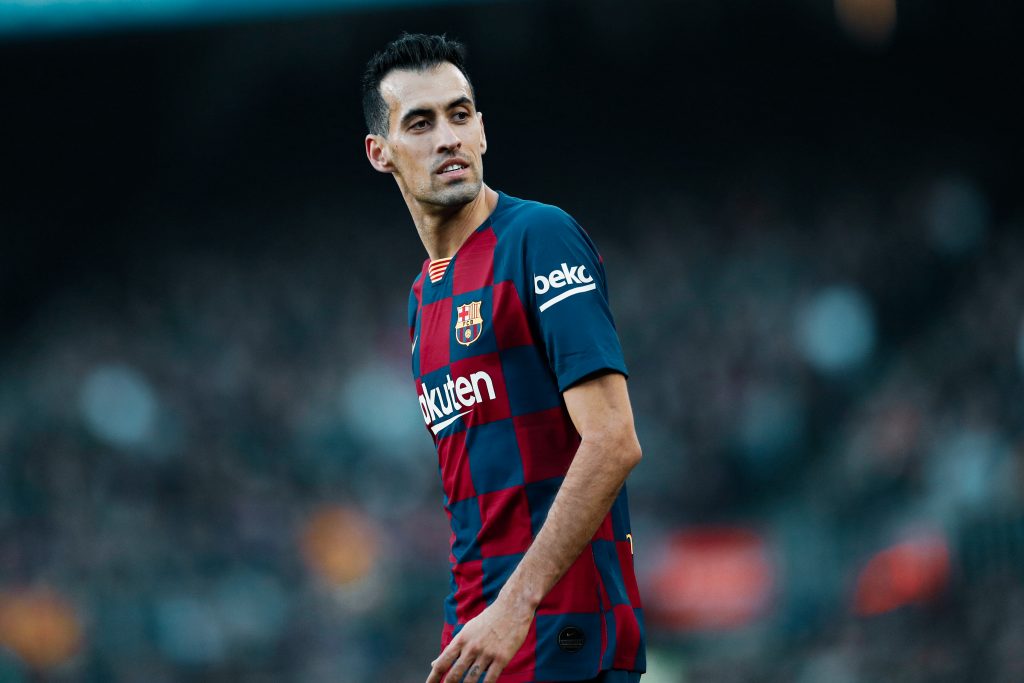 While the form of Sergio Busquets had substantially improved with manager Quique Setién compared to Ernesto Valverde’s tenure, the coronavirus break has had in the defensive midfielder one of its greatest beneficiaries.

Due to the unfortunate circumstances we found ourselves in for a large portion of this year, football was just another one of the things which was absent. Since the return of the league, some players have stood out way more than others. It’s clear that Atlético de Madrid’s Marcos Llorente or Barcelona’s Iván Rakitić have been some of those, but one of the best and overlooked players has been Sergio Busquets.

The Spanish midfielder is one of the smartest players in the world. His positioning, calmness, awareness, decision making are just some of the things which make him a truly special player. He personifies all Cruyffian ideologies perfectly. Throughout his hugely successful Barcelona career, he has always been an integral part of the team. The defensive midfielder is still world-class and his form after the resumption of football has been a reminder of just that.

After a match against Real Betis, Busquets signed a shirt for the then Betis manager Quique Setién. On it, he expressed his admiration for Setién’s footballing philosophy. Since Quique’s appointment as Barcelona manager in January, Busquets has been a crucial part of the side. Barça are the team with the highest possession percentage per match in La Liga, maximum goals scored and most big chances created. Setién has played a possession-based attacking style of football, and Busquets has been at the heart of this.

Tactical importance in the build-up

Busquets has started in all four matches since the resumption of La Liga. In all these, he has played his usual defensive midfield position as a pivot. His primary duties have been in the build-up and offering support for both the midfielders as well as defenders.

When building up from the back, the central defenders drift apart, allowing Busquets space to receive the ball. Barcelona’s number 5 is excellent when receiving under pressure as well, which makes him a very reliable choice to pass to. With a passing accuracy of 90%, it is quite widely known that Sergio simple yet efficient passing is one of the best in the world.

After receiving the ball in defence, he then usually passes forward. The full-backs as well as the midfielders are the preferred passing options for Busquets. He never fails to help in transitioning the ball from defence to midfield, with a 92% passing accuracy in Barcelona’s half.

“In the end you just stop pressing him, because it’s so frustrating. You just can’t get near him”

Playing the short passing game is what Busquets does most often. But his long passes are still exquisite. With 3.4 attempted on average per match and a 72% success rate, these allow him to quickly relieve the pressure on the team. While transitioning from defence to attack, for a while Busquets will stay between the central defenders. However, once the ball reaches the final third, he drifts forwards and occupies the defensive midfield position in a 4–3–3. Busquets influences most of the game from this position.

A disguised asset in attack

Throughout the build-up, Sergio Busquets is the player who always looks to get into space and circulate the ball. His constant participation in possession allows the two other central midfielders to roam from their position. This helps Barcelona in making more passing options available.

Busquets has an excellent ability of disguising passes with the orientation of his body. This is helpful when two players are marked by one opposition player. Even so, in such cases where the midfielders are roaming, he plays direct passes from between the opposition’s lines and helps Barcelona progress.

Busi‘s ability to pass between the lines is a sort of a trigger for Barcelona to begin link-up play and start progressing vertically. When on the attack, Busquets is deployed outside the box. Here, he recycles possession and collects any lose balls. The Spaniard can either lower the tempo or continue the attack. It’s such decisions which make Busquets a huge threat even in attack. His decision making, which is hardly ever wrong, comes into play here. With this in mind, Setién has also given him the responsibility to make sure the opposition does not counter.

Busquets is one of the most overlooked yet important pieces of Barcelona’s defence. Due to his lack of pace, people often think he is a defensive liability. In fact, the Spanish veteran is vital for the defence.

When the opposition get possession while the blaugranas are on the attack, Sergio is the first line of defence for Barcelona. In the last four matches, Busi has stopped multiple counters. In the match against Athletic Club de Bilbao, a few minutes summed up his attacking importance. Arturo Vidal misplaced a pass on the right half-space and immediately Athletic started transitioning with multiple players making runs and Iñaki Williams ready to receive the ball.

Within a second, Busquets had arrived near the ball and, with a perfectly timed tackle, regained possession. He played a quick pass to Lionel Messi, and with the opposition on the counter, Barcelona had a very good chance on goal.

When the opposition have possession in Barça’s half, Busquets has the responsibilities of intercepting the ball as well as providing back-up to the defence. With his exceptional understanding of the game, he cuts passing lanes very quickly and efficiently. While defending, if the opposition striker has the ball, Sergio will look to press him. Barcelona have their centre-backs contain the attackers and not immediately press if they are on the back foot. This is possible only due to the defensive midfielder.

Sergio Busquets is undoubtedly one of the best midfielders to ever grace the game. Due to the enigmatic nature of his play, a huge percentage of football fans fail to notice his brilliance. This is the kind of player who would be the most important player in most teams. Unfortunately for Busi, he plays alongside a certain six-time Ballon d’Or winner, namely Lionel Messi.

Under Quique Setién, Busquets’ influence has been further amplified. Since the resumption of football, he has been on great form. For the remaining games, if Barcelona are to challenge for the league, it is really important for the Catalans to have Sergio Busquets sustaining this level of play.