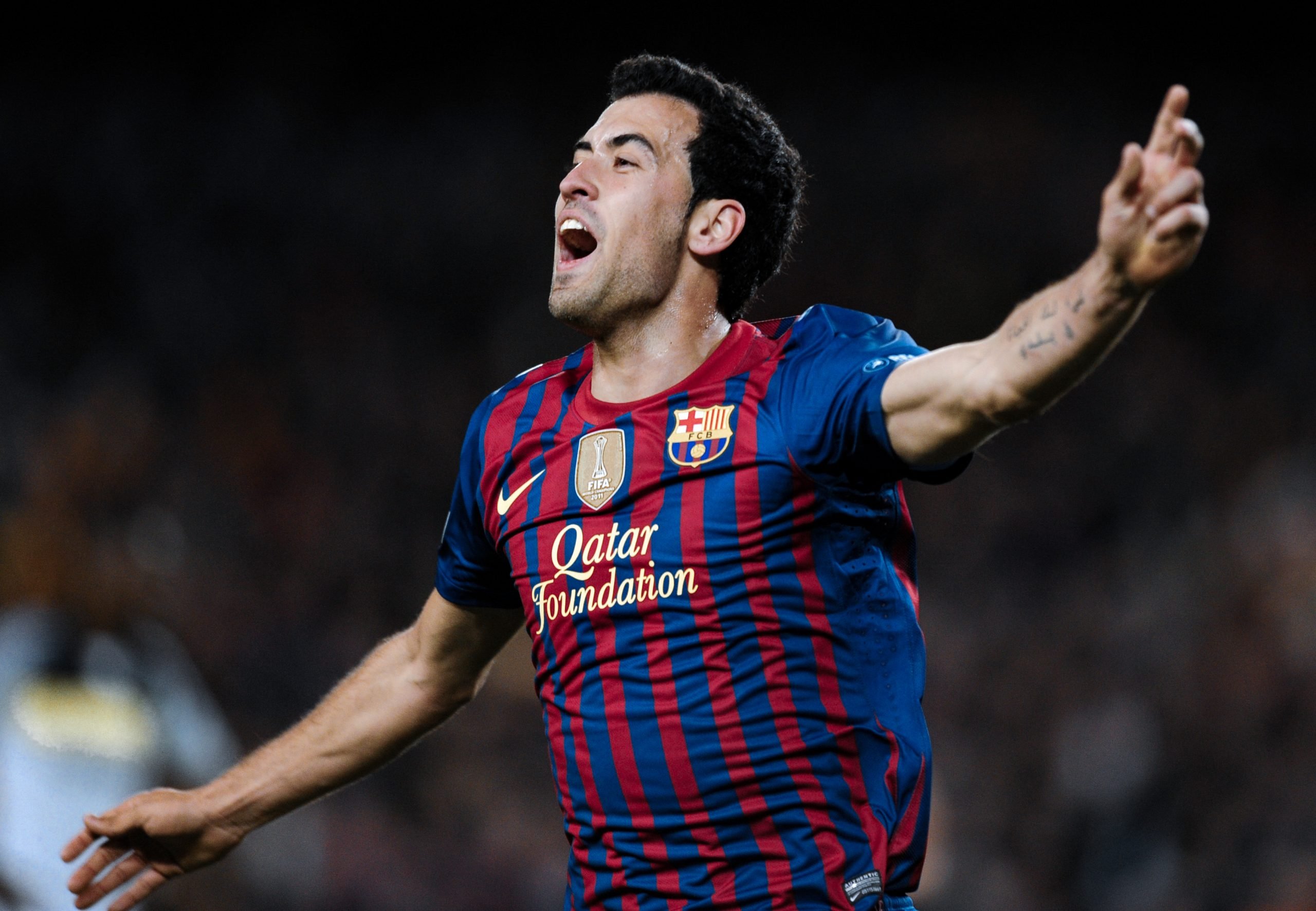 Sergio Busquets is a club legend and is arguably the best holding midfielder of his generation. However, for a couple of seasons, the veteran has been far from his best. Is it time for Barça to realise that the Spaniard should not be an undisputed starter anymore?

For almost a decade, Sergio Busquets was the consistent and dependable anchor in a world-class midfield. At just 20 years old, Busquets made his debut under Pep Guardiola. He would go on to be a crucial part of two treble-winning sides and form one-third of the greatest midfield trio ever with Andrés Iniesta and Xavi. Busquets was the perfect holding midfielder for the Catalan side.

In recent seasons, however, his performances have deteriorated, and he has not been at his level best. Or even at an adequate level for the Blaugrana. While he managed to redeem himself with the first half of last season, this campaign, Busquets has found it even tougher with having to adapt to the double pivot system. His partnership with Frenkie De Jong is not working as the two do not seem to understand each other’s game. After another poor display against Real Madrid, and with other talented midfielders on the bench, should Busquets still be starting for Barça?

The brilliance of Sergio Busquets

It would be unfair to write an article solely criticising Sergio Busquets. As one of the greatest servants in the club’s history, Busquets deserves a huge amount of respect from Culés. The La Masia graduate broke into the first team at a young age and has been an ever-present since his debut season. He has gone on to become Barça’s fifth-most capped player in history and will likely take over Carles Puyol who is in fourth.

The Spaniard has been a key figure in the most successful period in the club’s history too. The same can be said for his time with the national team, winning the World Cup in 2010 and the UEFA European Championship in 2012. In total, the midfielder has won a behemoth 31 trophies with Barcelona including three Champions Leagues and eight league titles.

Busi has had several moments of celebrations at Barça. (Photo by AFP PHOTO/LLUIS GENE)

At his peak, there has arguably never been a better defensive midfielder. He redefined the role by showing that it was not just about tackling and breaking up play, but how the holding midfielder can be heavily involved in the build-up play and can dictate the tempo of the game.

Opponents quickly learned that it was almost pointless to press Busquets while Barcelona were in possession. His composure on the ball was and still is for the most part unmatched, while the passes were extremely accurate, progressive and have the ability to break the lines of defence.

He had exceptional awareness and ability to read the game, which was second to none; however, they have taken a massive toll. What once allowed him to take over the game with the utmost ease is slowly becoming his weakness at Barcelona.

Busquets was exceptional in every team, every year. (Photo by Mike Hewitt/Getty Images)

Sergio Busquets has not been at his best for several seasons now, and the time may have finally come when the team realises that his starting spot is no longer undisputed. This campaign especially, the 32-year-old has not managed to adapt to the new system. He is used to playing at the base in a midfield three.

Now, he shares the defensive midfield role with Frenkie de Jong in a double pivot. Neither player has performed close to their best, and it seems as if this partnership, that should work on paper, is not compatible.

Unfortunately, the problem reeks past just the structure of the team; the World Cup winner is struggling with some of the basics as well. His passing has started to him down every game, and his sloppy possession is giving away the ball in dangeorus areas of the pitch too many times. For his high standards, he is losing the ball far too often.

Busquets is lacking, and it is hurting the team. (Photo by LLUIS GENE / AFP)

Against Real Madrid, Busquets made a criminal error in his defensive duties. The veteran knows how important this match is and was one of the most experienced players on the pitch. But, whether due to a lack of awareness or complacency, he failed to track Federico Valverd’s run. It resulted in Barcelona conceding an early goal. The experienced midfielder should know better, especially in a game as important as El Clásico.

As one of the Barcelona captains, Sergio Busquets should be a leader on the pitch and set an example to the rest of the team. However, his level has significantly dropped, and he has been involved in several catastrophic defeats. The game against Los Blancos is part of a growing list of big games where the #5 has let down the fans and his teammates.

Busquets was never the most athletic midfielder, but he always made up for this with his intelligence. His age could be a reason for his poor run of form as his physical attributes begin to decline naturally. However, he should grasp a better understanding of the game as he loses more of his pace.

One can always argue that is complacency catching up with the 32-year-old for his innumerable trophies and his world-class performances in the last decade. But, the likes of Gerard Pique, Lionel Messi, Andres Iniesta or Xavi never went through this despite being part of the same era of Barcelona’s generational team.

Busquets has managed to maintain his high level for the Spanish National Team. (Photo by Richard Heathcote/Getty Images)

Moreover, somehow, Busquets continues to perform at an exceptional level for the Spanish national team, playing under former Barça manager Luis Enrique. Maybe Lucho is more tactically adept, and maybe the dressing room for the national team is far less toxic. We can only sit and speculate. That said, with competition for places in the Blaugrana squad, can Ronald Koeman continue to justify Busquets’ starting role in the team?