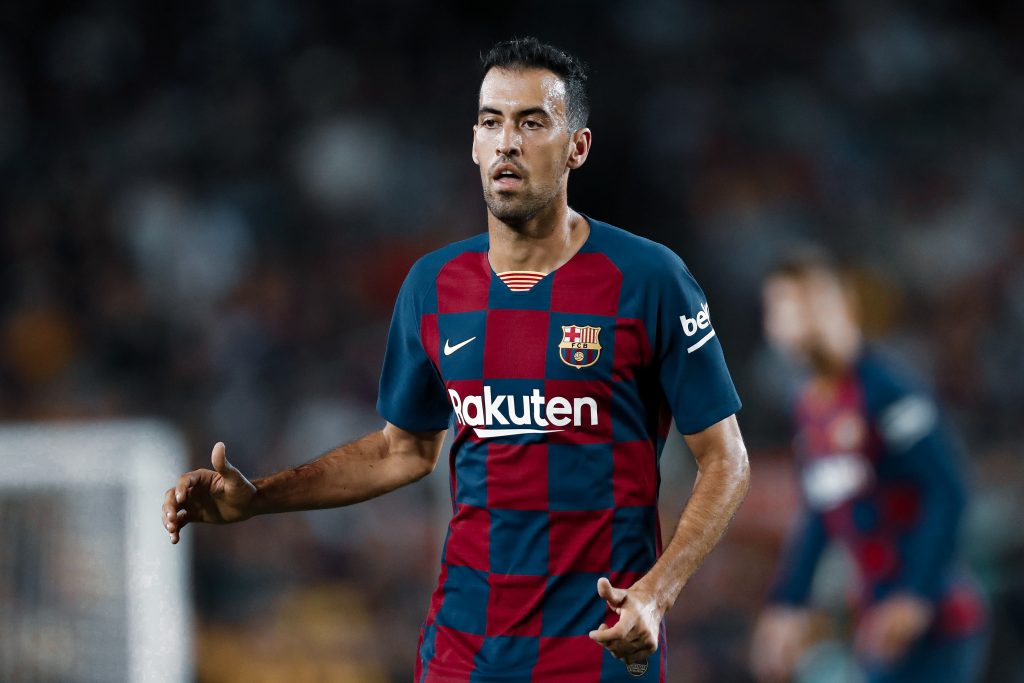 Sergio Busquets has been one of the best midfielders of his generation, as he keeps the team playing by controlling everything and is the key in the transition from defence to attack. When he is on form, Barcelona are on form.

Sergio Busquets is one of the last superstars to come from La Masía and truly establish themselves in the Barcelona first team. What he shows is that when given the chance, La Masía can produce some of the best talents in the game, especially for Barça. Often, there are times that Busquets can go unnoticed on the pitch. But his selfless work is key to any successful Barcelona side. This is evident as he has been a consistent starter for some of the most triumphant periods in the club’s history. Sergio might not always get the recognition he deserves, but culés will always appreciate his talent.

At the time of making his first team debut, in 2008, Sergio Busquets had only been at the club for 3 years. Though not having been part of the academy for as long as many others, his understanding of the game and the way Barcelona play was second to none. This was seen by his Barça B coach, first, and first team manager, second: Pep Guardiola.

When appointed for the senior side, Pep made a lot of changes in the 2008 summer transfer window with big names such as Deco and Ronaldinho leaving the club. This allowed players like Busquets to get valuable game time and establish themselves in the team. It was a bold move by Guardiola, but one that paid off. Sergio would go on to play 41 times that season and help the team in winning a historic treble, the first in their history.

Sergio Busquets and Pep Guardiola, from Barça B to the top of the world | Photo by Lluis Gene / AFP via Getty Images

That campaign is one of the greatest ones not just for Barcelona, but in the history of football. Pep found the perfect balance for the team which was predominately made up of academy graduates. Busquets added to this with his ability to fit into Pep’s system. His composure on the ball is his standout attribute, which allows him to become almost press-resistant.

❛ Busi sees you quickly, he always takes the simple option. He reads the game well and moves the ball with precision, in as few touches a possible ❜

Sergio also formed a telepathic connection with midfield duo Xavi Hernández and Andrés Iniesta. This midfield trio excelled in their ability to retain the ball and move it progressively. They also understood how to press teams high and win the ball back quickly. Though Busquets does not poses the natural athletic build, his positioning, anticipation and ability to read the game allows him to be one of the best at pressing the opposition.

Under Luis Enrique from 2014 to 2017, Barça again experienced one of its most successful spells ever. They accomplished another treble in 2015, making them the only team in history to do this twice. The azulgranas were driven by the famous trident of Lionel Messi, Luis Suárez and Neymar Júnior. However, with this new emphasis on a quicker transition to the front three, Busquets’ role became less important. While his defensive statistics remained similar to what they were under Guardiola, there was a clear difference in his average passes per game.

Looking at Busquets’ stats with Luis Enrique and with Guardiola, there are clear trends. Sergio averaged 67.6 passes per match under Lucho in the league, compare to 79.3 under Pep between 2010 and 12 in the league. A significant drop. There was also a decline in the average number of key passes per game. For Luis Enrique, Sergio averaged 0.47 key passes a game in La Liga. Nonetheless, under Guardiola he made 0.7 key passes a domestic game between 2010 and 12. His pass accuracy remained around 92% for every term, though.

In the 3 seasons in the Champions League under Luis Enrique, Busquets averaged 73.1 passes per game. The difference is highly noticeable compared to the period between 2010 and 2012, where he recorded 94.9 passes per match. This is an even greater decline than in the league. Therefore, Busquets had less of an impact on the game with less possession of the ball being given to him.

With the appointment of Ernesto Valverde in 2017, the system changed for Sergio Busquets again. Valverde did not demand so much possession of the ball and wanted a slower build-up play. Furthermore, there was a more passive approach to winning the ball back. This system did not suit the number 5, and fans saw a lethargic-looking Busquets at times. His sharpness on the ball and neat passing was not quite at the heights supporters were accustomed to.

But most of the team suffered under this system, generally struggling to control games. The former La Masía graduate excels in the Barcelona style of possession, quick passes and pressing opponents well, so he suffered at times under Valverde. Busquets is one of the world’s best at keeping the teams momentum in a game going. This is either through his excellent distribution of the ball or winning the ball back quickly through the high press. A context he was not provided by Ernesto between 2017 and January 2020.

The now 31-year-old still has a number of years left at the top level in football. With Quique Setién now managing Barcelona, there has been an improvement in Busquets’ performance. The system is close to possession style Pep implemented during his time as manager. This plays to Sergio’s strengths and the best version of Busquets is shown. The team is still adapting to the changes, but progress is being made and the midfielder will be key in getting the blaugranas back to their best.

❛ Positionally, he seems like a veteran with or without the ball. With the ball he makes what is difficult look easy: he disposes of the ball with one or two touches. Without the ball, he gives us a lesson: that of being in the right place to intercept and running just to recover the ball ❜

The influence that Busquets has on the pitch is essential for the system that Setién wishes to use. Additionally, off the pitch his leadership and guidance of the youngsters will be crucial for Barça in producing the next generation of players. Finally, he has the chance to re-establish himself as the best defensive midfielder in the world, as he has shown in the past. Despite an individual and collective dip in form for some years, Busquets and Barcelona can get benefitted from each other if they perform at their best again.

• Barça has no volunteers: Rakitić, Arthur and Vidal don’t want to leave