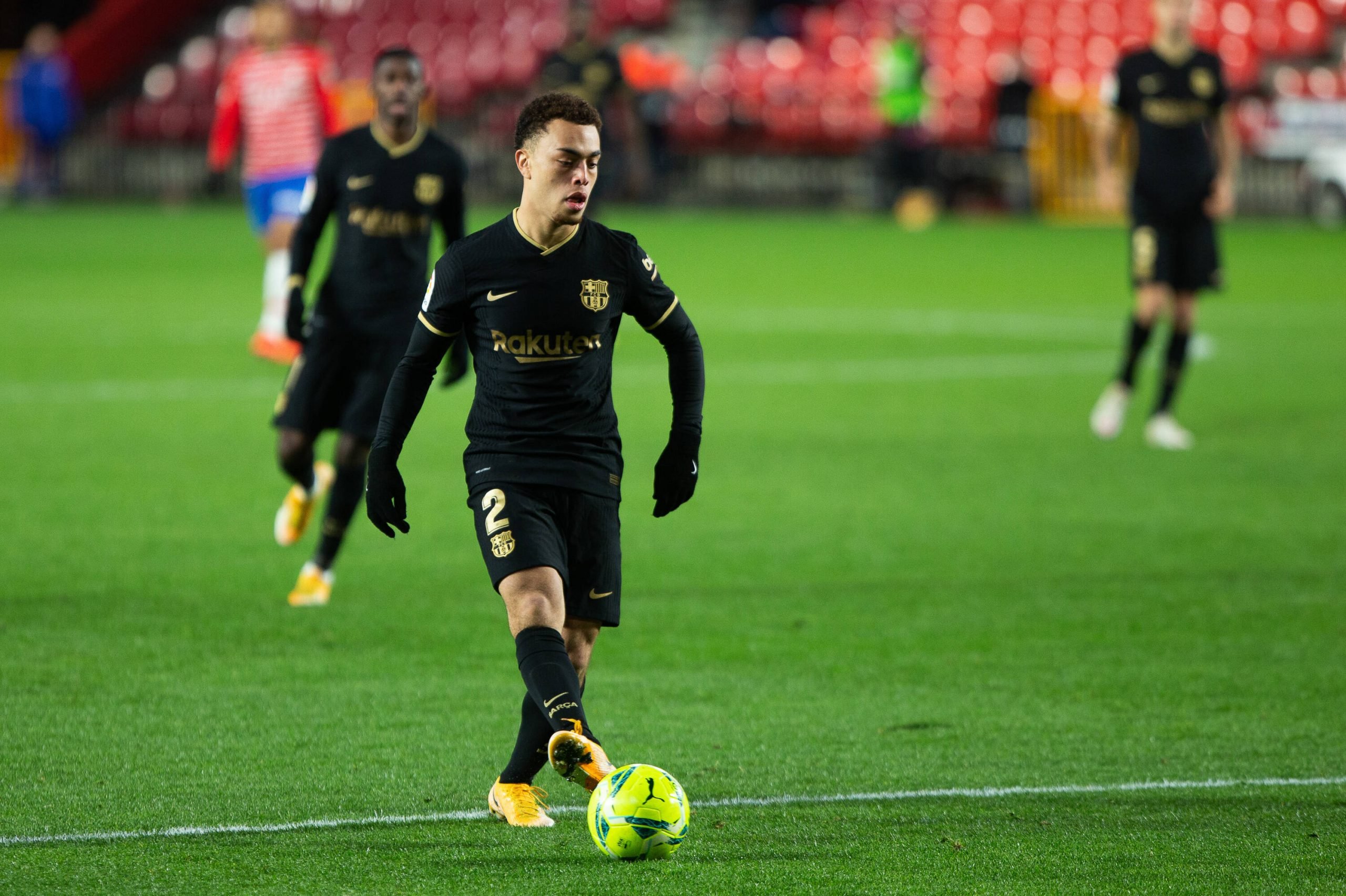 According to a report published by SPORT, Sergino Dest has recovered from his injury and will be available to play against Athletic Bilbao in the Spanish Super Cup final.

Dest has been a revelation for Barcelona in the right-back spot, coming into the lineup on the back of a transfer from Ajax this summer. Initially, he played second-fiddle to Sergi Roberto in the lineup, but a long-term injury to the Spaniard meant Dest had a clear path into the starting XI.

However, there have been negative implications of this as well. Having no alternative for the right-back role in these months led to Dest playing continuously with little to no rest. The same has been visible in his performances on the pitch, as he looks fatigued by the time the clock strikes the one-hour mark.

At just 20 years old, such huge pressure on the American’s shoulders seemingly meant that he picked up an injury prior to the game against Real Sociedad in the Spanish Super Cup semi-finals. Fortunately for Barcelona, though, it looks like Dest will be back in the XI against Bilbao on the weekend, replacing Oscar Mingueza, who looked completely out of place in the right-back role.

Dest has played 15 games this season in the league, assisting a solitary goal, but averaging 1.1 key passes per game. His only assist of the league campaign came against Real Valladolid while he was deployed as the right wing-back, a role not completely out of his fortitude.

He will be crucial against Marcelino’s Bilbao, though, who are tough to break from wide areas. The American’s pace, coupled with Ousmane Dembele’s dynamism, can be the key that helps Barcelona eventually bring the trophy home.

If he is not fit, though, Barça may have to resort to using Mingueza in that role again, with Koeman prioritising the La Liga over cup competitions. If shove comes to push, Junior Firpo will be asked to fill-in for Dest, as he has on two occasions this season already.