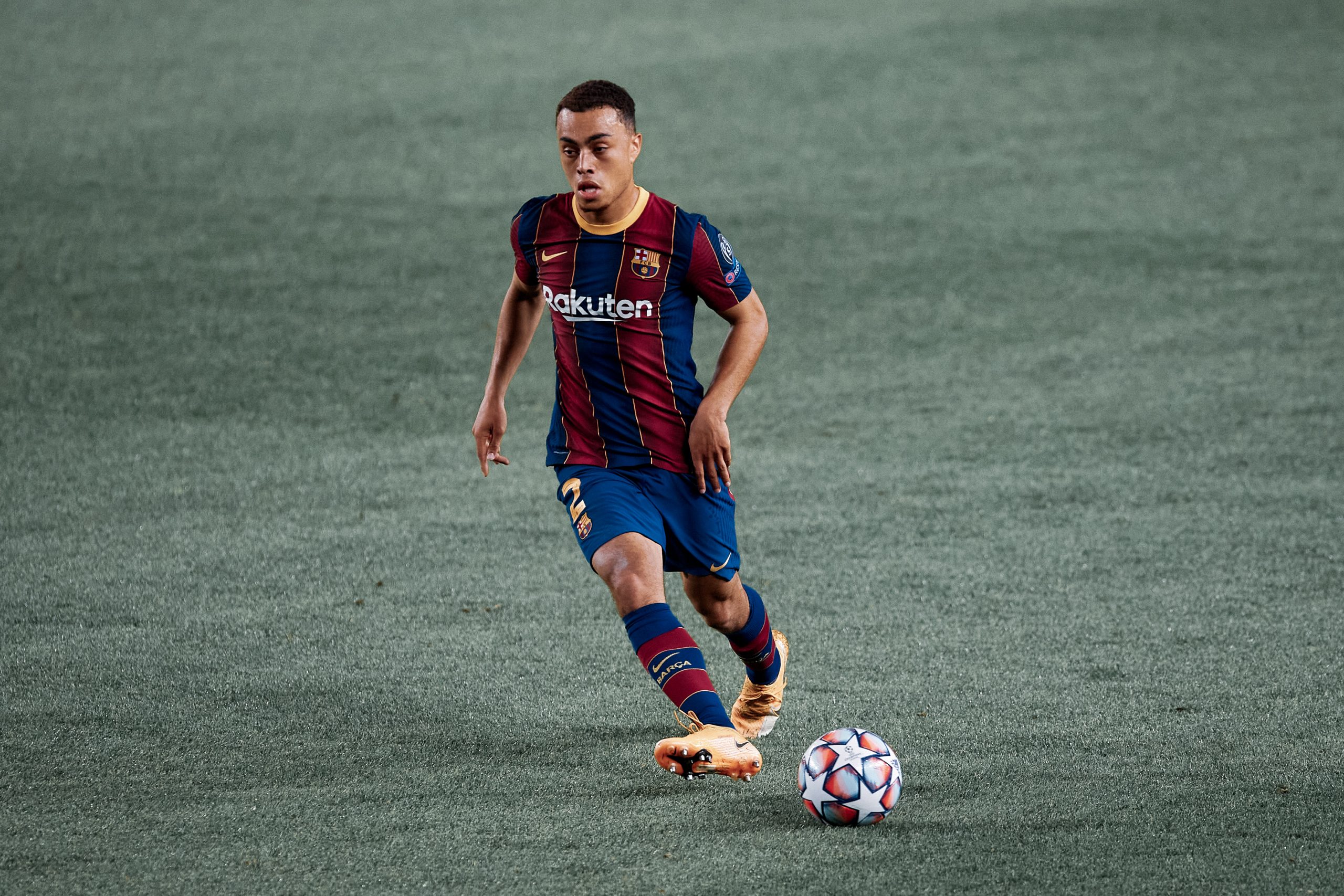 Flashback to last season, the morning after every El Clasico mirrored one talking point: the exposition of Barcelona’s fragile right-back position by the pace and dribbling of Vinicius Jr. It is a discussion Culés have had umpteen number of times. Be it Sergi Roberto who struggled to track-back and recover on counters. Or let it be Nelson Semedo who was defensively solid yet left with question-marks after the clash. Real Madrid’s left-wing was always the constant source of worry for the Catalans.

Yet, on Saturday, things were different. The Los Blancos left-wing that often harbours a storm seemed silent as a grave. One could not see Vinicius, the so-called opposition defence terror, or Ferland Mendy as a matter of fact. Madrid seemed to be playing on only two-thirds of the field, with one wing completely shut. On the night, Vinicius lost possession a whopping 20 times, and Ferland Mendy on nine occasions. How? Presenting, Sergiño Dest.

Not only was it the occasion where he became the first player from the United States to participate in a Clasico, but it was also the first time he was starting his natural position. Yet, Dest did not look frazzled for a moment.

Since his arrival late in the window, the young protege had only played as a left-back to cover up for the injured Jordi Alba. Indeed, Alba’s injury was a blessing in disguise for Barcelona, because it provided Dest with a platform to show his capability, earning him the start against Madrid.

Ronald Koeman surprised the world with his line-up against Real Madrid. Despite many people calling for Dest to start, fans felt a sentiment that Roberto would get the nod on the merit of experience. In a bold decision, the Dutch manager decided to give the USMNT star his first start as a right-back in one of the biggest games of the year. Truly, it was a decision that Koeman will not regret, irrespective of the result.

Throughout the 90′, the teenager seemed to ooze with confidence and maturity. His body movements never provided Vinicius with any opening to dribble. The positioning was spot on, and he was ready to challenge for the ball the instant it was lost displaying his bizarre recovery pace.

He constantly provided Leo Messi, Pedri and Gerard Pique with a passing outlet, but maintained his composure throughout. Moreover, his searing pace never provided Los Blancos with an opportunity to counter on their left-wing.

When pressurised by multiple men, the teenager always seemed to find a way to wriggle out and still find the right pass. Despite the gravity of the situation, Cules felt a sense of security watching him dominate the position that is so often the weak link in the team. There was a veil of calmness on his face irrespective of everything happening around him. As the word goes, legends say Vinicius is still looking for a way out of Dest’s pocket.

Some pictures need no captions. (Photo by LLUIS GENE / AFP)

When the Ajax starlet made his much-awaited move to Barcelona, it was well known that he was a product that still needed refinement. While he already had a reputation of being impressive in attack, there were doubts raised about his defensive capability.

However, what bigger stage than the El Clasico to prove everybody wrong. He may not be complete, but he is already a country mile ahead of any other options at our disposal.

Against the galacticos, Koeman seems to have instructed Dest to play a deeper position. During corners, he was always seen as the last man that was anchoring the team to plug potential counters. That in itself, speaks of the confidence the coach has on his defensive skills. Dest ended the game with two successful tackles, one interception, and one crucial block. Moreover, what adds to the impressive performance are his offensive stats despite playing a deep position.

Dest completed the most number of successful dribbles of any Barcelona player (six) in the Clasico, while playing one key pass and winning eight of his ten attempted ground duels.

The visuals of him toying with Ferland Mendy and Vinicius in the final third continue to play in the minds of Culés on loop, as it summed up one of the best performances we have witnessed at right-back since the departure of Dani Alves. 43 out of his 46 passes (93.5%) were accurate against an opposition that pressed relentlessly, but it was also the highest among all the outfield Barcelona players.

Albeit the final result was not good for the Catalans, the one massive positive take-away from the game is the performance of Sergiño Dest. The American stamped his authority over the right-back position with all his might. Looking to midweek, he may well get the start against Juventus in the Champions League. At 19-years of age, he already has what it takes to displace Sergi Roberto as a regular starter. Nonetheless, the more playing he gets, the trajectory can only go higher. Barcelona have a diamond in their ranks, to what extent can they polish it?