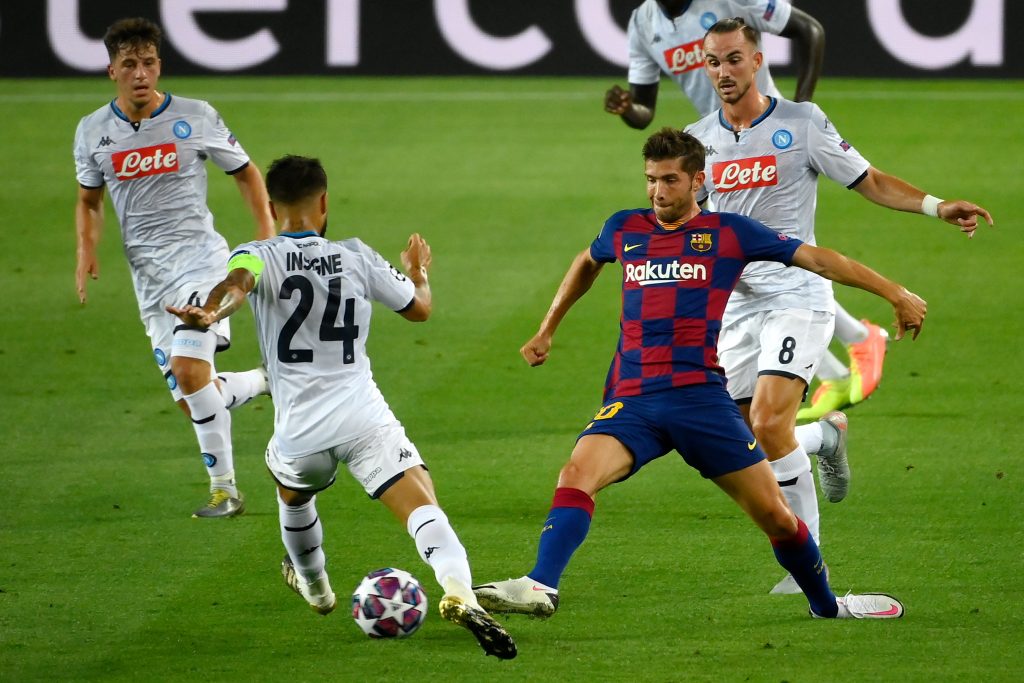 Sergi Roberto has spoken in the post-match interview following Barcelona’s 3-1 victory over Napoli:

“The objective was to go to Lisbon and we achieved it, now we have to rest before facing Bayern Munich. There are no favorites, any team can win the Champions League and anyone can lose it. Every game is a final.”, said Roberto.

“We had the game controlled in the second half. The important thing is that they didn’t score goals, we controlled even though we did not have the ball as we would like.

“It’s not that the team should improve on something in particular. We must analyse Bayern, find their weak points, study them thoroughly… They’re a great team, with great players and it will be a very tough game.”, added the Barcelona midfielder.

Despite fans seeing Barça’s chances to win the Champions League title is lower than usual, Sergi Roberto is quite positive about winning the tournament: “We are three games away from becoming Champions League winners.”