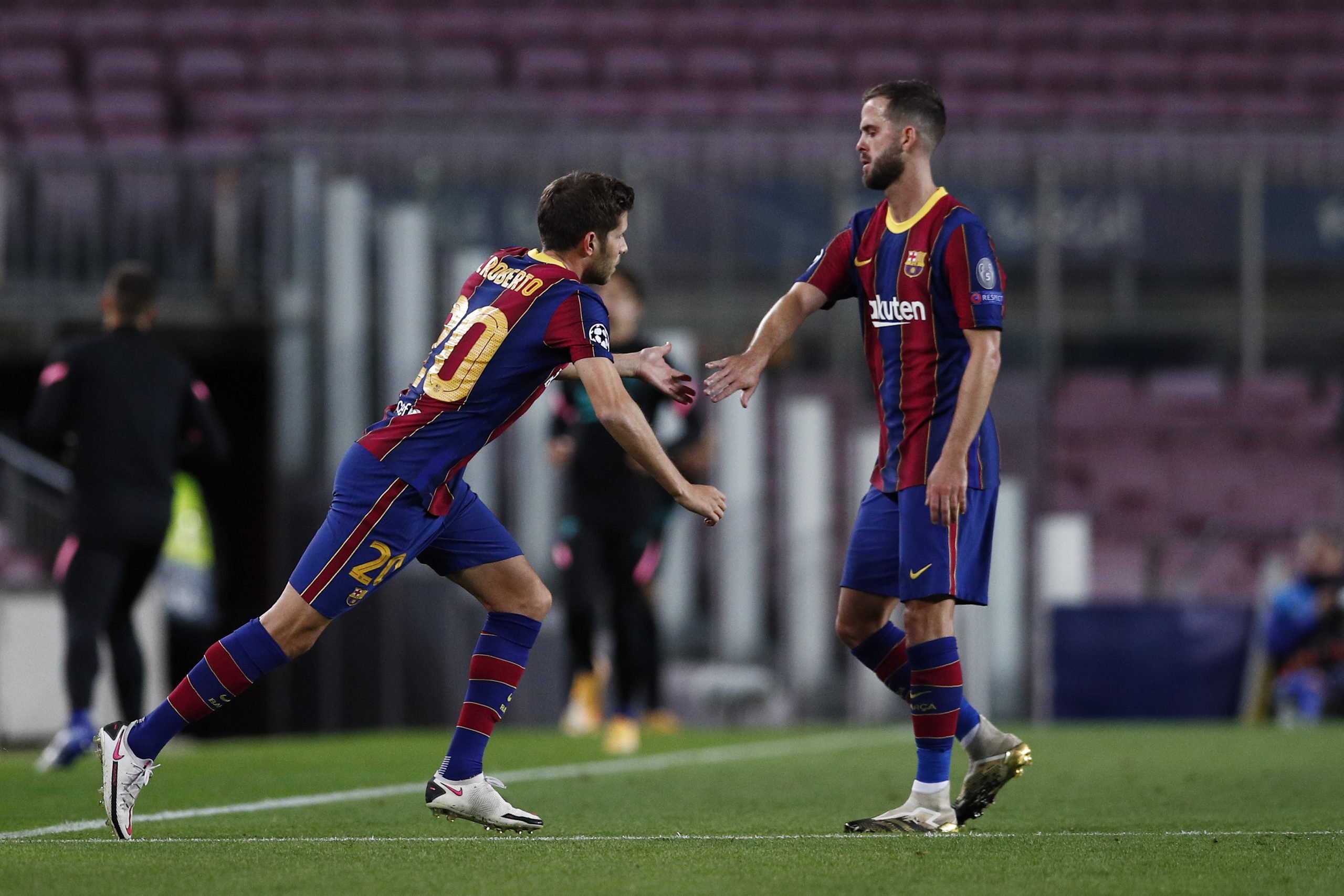 Much like Jordi Alba, Sergi Roberto spoke to the press after Barcelona’s big win against Betis. The Spanish international got two assists tonight, and he could’ve had a third one if he wasn’t offside.

Roberto first emphasises the importance of a win. After four games without a win, Barcelona had to win. Also, after the disappointing performance on Wednesday against Dynamo Kyiv, Barça had to convince their fans. While they were not completely rock-solid at the back, the Catalans giants still managed to score five on the night:

“We create many chances and today we scored 5. I’m very happy with my assist and the goals scored by the team.”

“A win before the international break was important for us.”

“We have won every game in the CL so far. We lack some rhythm in the league, so a win was important.”

After a shaky start to life in La Liga, the players were eager to show more. The performance, along with the goals to the out-of-form players might just make Barça tick again. The importance of a win before the international break and a potential banana slip at the Wanda Metropolitano in a few weeks can not be exaggerated.

“None of us doubt Leo’s ability and quality. We knew he would score from open play and not just penalties.”

It was only a matter of time for Lionel Messi to open his goals from open play account. Nonetheless, the Argentine has been far from woeful in the games he has played, but Ronald Koeman’s decision to rest him was an astute one. His impact off the bench for Barça was undeniable.

Roberto’s words are important as they showcase the players’ focus during this run of form. The Spanish full-back knows how much his side was in dire need of a win there and the happiness can be felt.