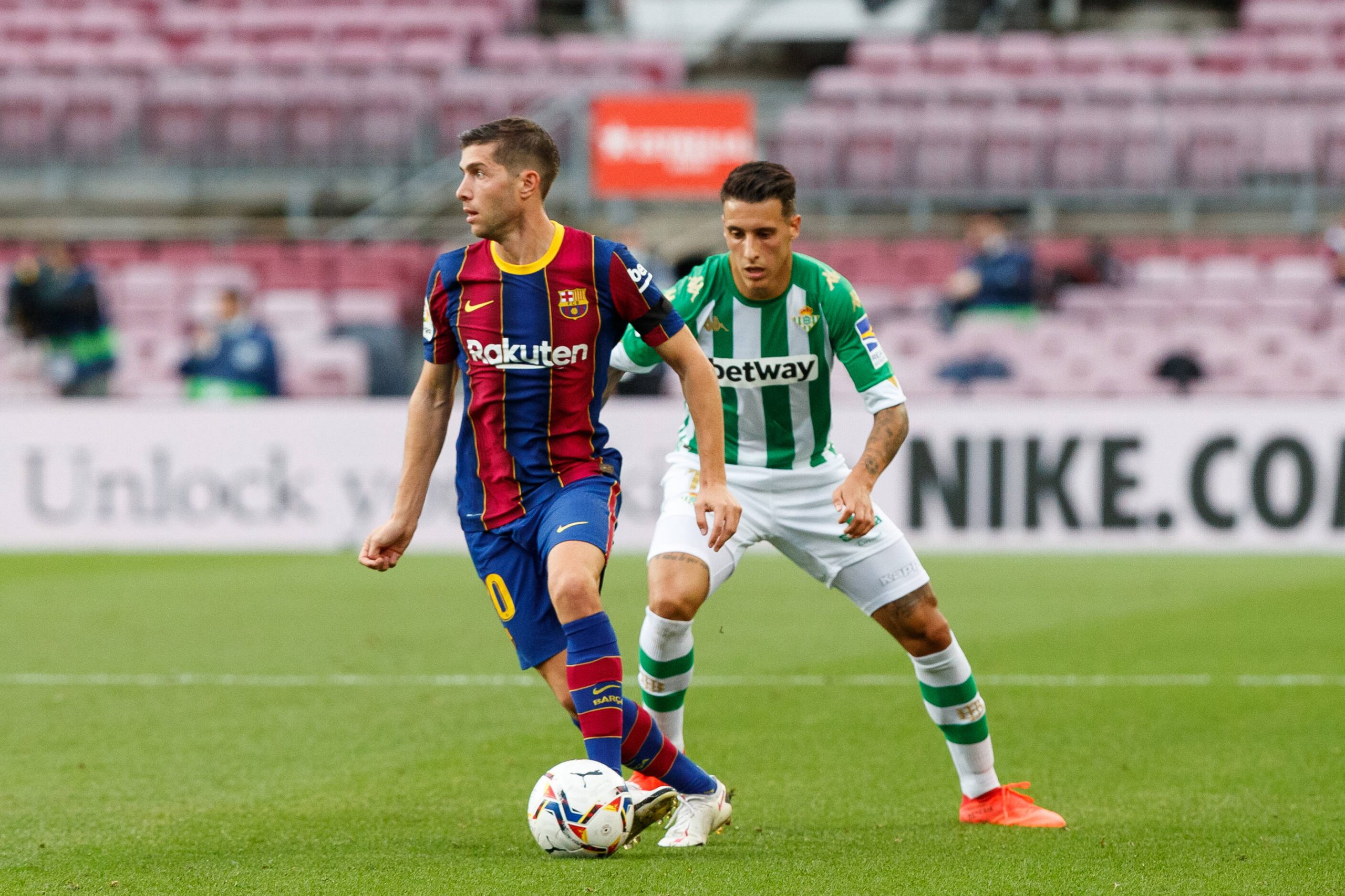 According to a report published by AS, Sergi Roberto is very close to returning to the pitch, and could very well be included in the squad list for the game against Athletic Bilbao next weekend.

Roberto suffered a hamstring injury late in the clash against Atletico Madrid and had to be taken off, leaving Barcelona with ten men for the remainder of the game. His recovery was suspected to take no less than two months, and it could finally be complete.

The injury to Roberto meant that Sergino Dest could get a free-run in the team, helping him etch his name in the Barça starting XI. While he did that well, an extended period on the pitch, playing week in, week out certainly had a ‘Monkey’s Paw’ impact on him. The American, still 20, started to feel muscle discomfort and had to be continuously taken off the pitch in the hope of allowing him time to heal.

Unfortunately, the game against Granada pushed him to the edge as he picked up an injury and could not start the game against Real Sociedad in the Spanish Super Cup semi-finals. For all his efforts, he was clearly not fit to start in the finals, either, against Athletic Bilbao, but made it till half-time, only to be subbed off for Oscar Mingueza.

Ronald Koeman only has two natural fullbacks fit for the game against Elche on the weekend, while Oscar Mingueza will provide an emergency option if push comes to shove. Sergi Roberto’s return is extremely crucial to the team right now as players continue to fall like skittles in a bowling game.

We could very well see Junior Firpo start on the right against Elche on the weekend, while Oscar Mingueza covers in the heart of the defence as the centre-back. As for the game against Rayo Vallecano on the weekend, it could come just a bit early for Roberto, but Culés may just see him return against Bilbao on 31st of January at the Camp Nou.