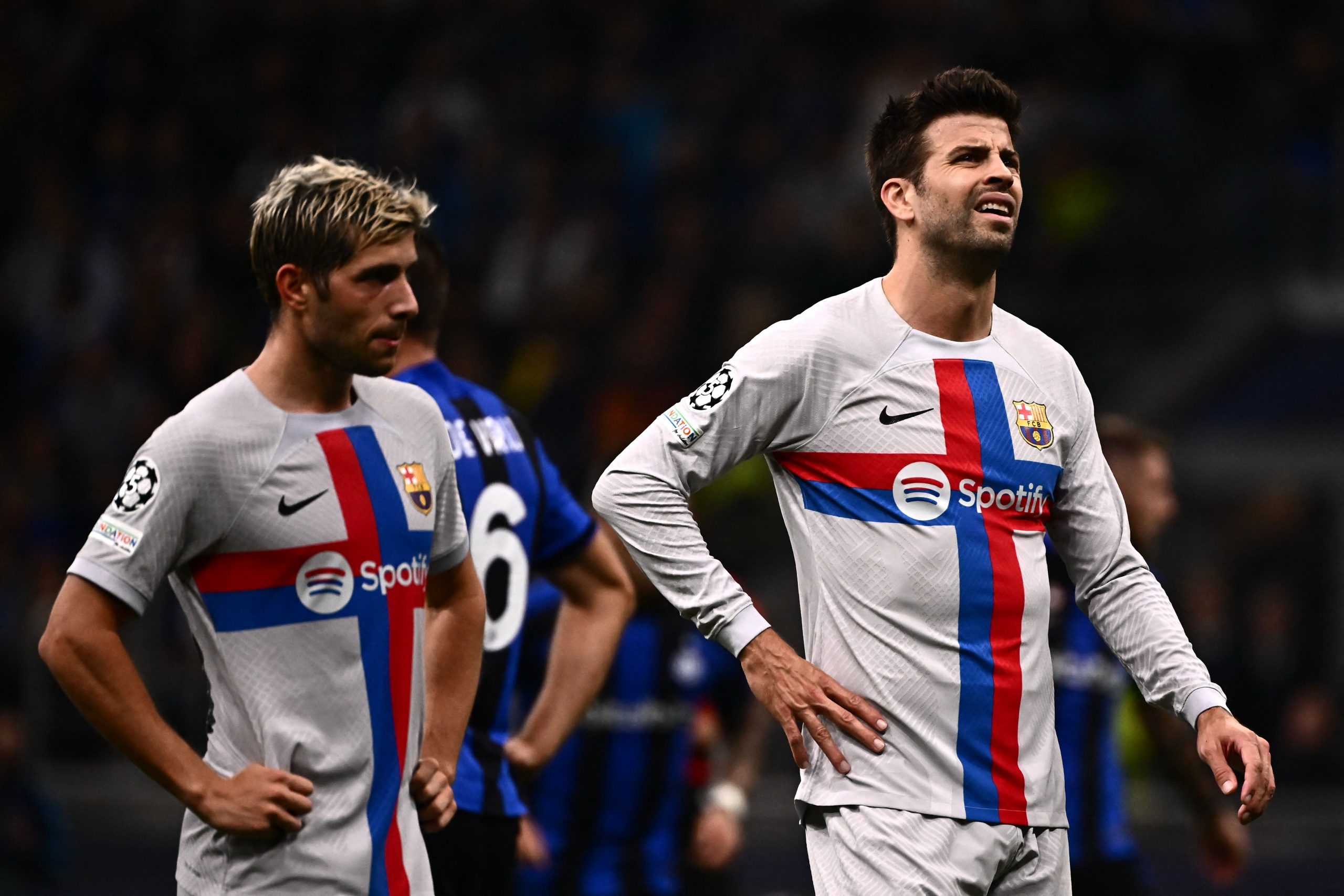 Barcelona suffered their second loss in a row in the UEFA Champions League as they were handed a 1-0 defeat by Inter Milan at the Giuseppe Meazza.

Hakan Calhanoglu’s goal from outside the box late in the first half proved enough for Simone Inzaghi’s side as they moved to second place in Group C.

Even though they played poorly, Barcelona were unlucky not to come away with at least a point as they had a goal from Pedri ruled out for handball before being denied a clear-cut penalty by the VAR for a handball by Denzel Dumfries.

Speaking after the match, Sergi Roberto lashed out at the refereeing decisions, saying: “What happened with the referee was incomprehensible.”

“I’m angry, because every year the penalty rules change. Nobody knows them. Neither the referees nor the players know what they’re doing,” he said.

Talking about the performance of Inter Milan, the 30-year-old added: “Inter were well positioned in their 3-5-2 system. They made things difficult.”

Barça face Inter Milan again next week at Spotify Camp Nou and Roberto stated that the team will turn things around in the next meeting.

“We’ll be waiting for the return leg in Barcelona. With the support of our fans, it will be a different story,” the Barcelona captain stated.

Defender Eric Garcia also expressed his disappointment at the result, lamenting over how their opponents just sat back with a low block for the majority of the contest.

“The result hurts because we kept attacking and they just sat at the back,” he said.

Talking about Ansu Fati’s handball incident which led to Pedri’s goal being disallowed, the Spanish defender said: “Ansu’s supposed handball comes after Onana handles it, making it unintentional and not changing the trajectory of the ball.”

“The first half started well, and we were attacking well. However, the goal we conceded, changed the game.”

“When everyone said there was handball, the referee said that if the ball was touched with the hand, it would be a penalty. I don’t know the rule,” Garcia further added, talking about the denied penalty for Barcelona.