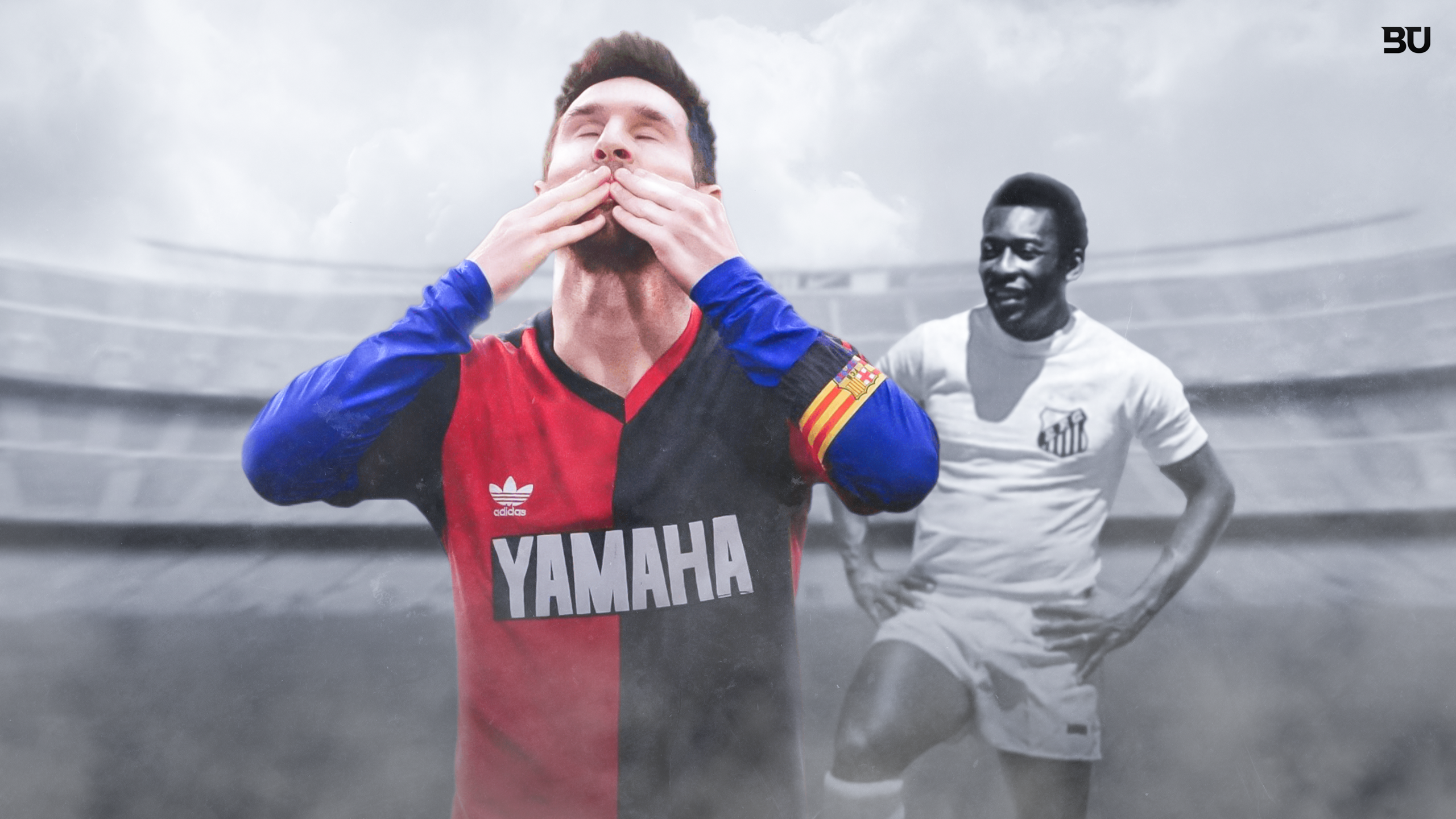 Barcelona’s performance against Real Valladolid was extremely special for various reasons. Not only did Ronald Koeman deploy a different structure — which worked wonders —, fans around the world witnessed Lionel Messi break yet another record. Inarguably one of the biggest one in the history of the sport.

The achievement in question is for the most goals scored for a single club, previously held by Pele for his 643 goals for Santon FC. While Messi was expected to break it much sooner, the transfer saga in the summer probably held him down mentally. However, with three goals in the last four games, Messi overtook the Brazilian, inevitably scoring his 644th against Valladolid.

Messi received huge appreciation from around the world, especially from goalkeepers who were gifted beer bottles from Budweiser. Pele, himself, congratulated Messi on the accomplishment through a post on Instagram. His club, Santos FC, though, had other ideas.

The Brazilian outfit released a statement on their social media suggesting that Pele had, in fact, scored 1,091 goals for them. Santos also mention that the 448 goals that had not been registered came in friendly competitions against traditionally ‘big’ clubs like nine goals each against Club America and Colo Colo, eight against Inter Milan, a few against Juventus, Real Madrid, Napoli, etc, and four against Barcelona themselves.

It hardly sounds like the statement of a professional football club, but this is far from the first time football fans have seen controversy surrounding Pele’s goal record, which seems to increase every time another footballer comes near it.