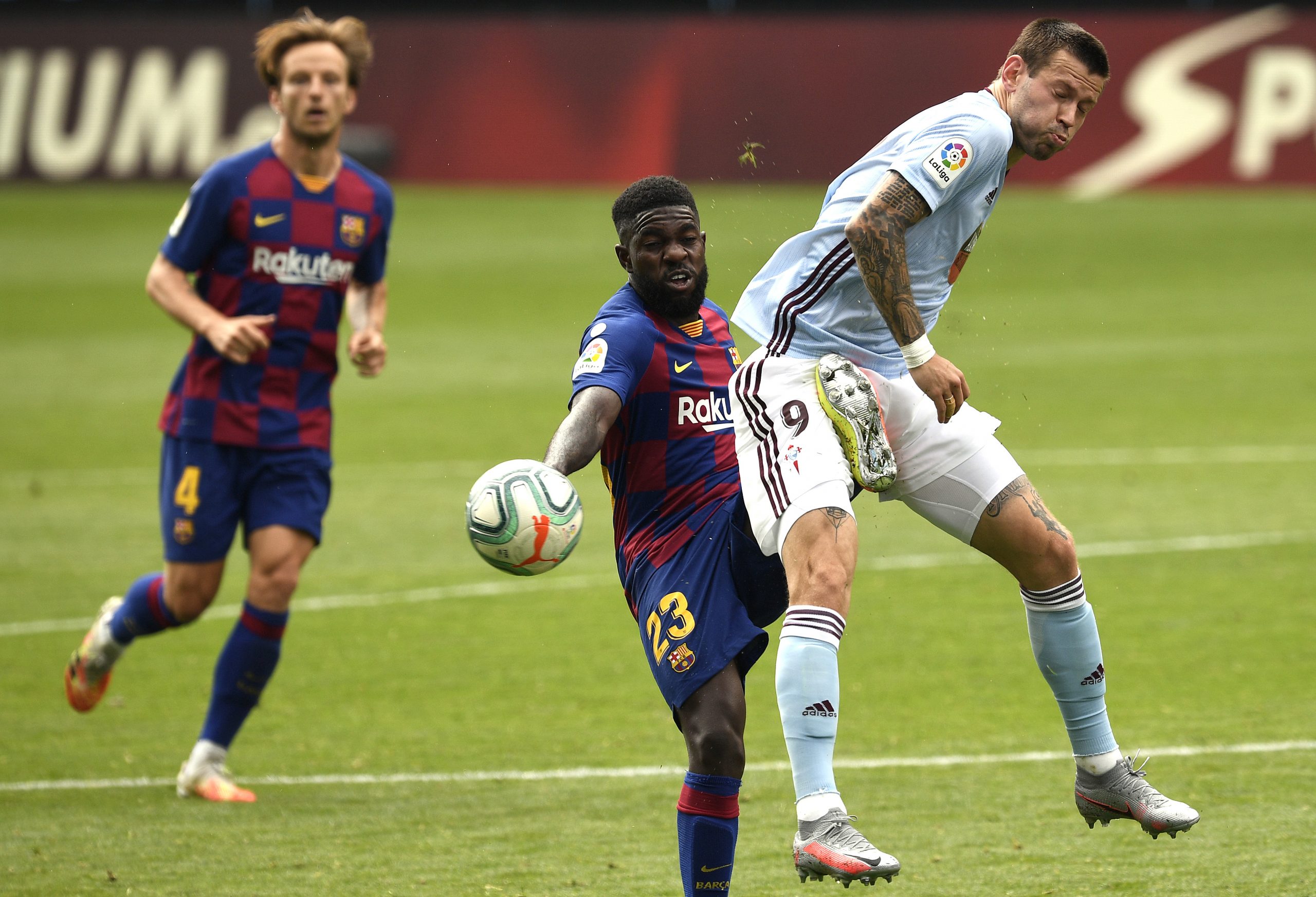 Samuel Umtiti is close to being fully fit. The Frenchman is entering the last phases of his recovery and will soon be available for selection. The defender has not featured for Barça ever since the 27th of June, where he was out of his depth against Celta.

To help the process, the 27-year-old will feature in a Barça B game, according to Sport. There is light at the end of the tunnel for the World Cup winner and he might get a game this season, which is a relief considering the other defenders’ injury struggles. Gerard Piqué is out until April, Clément Lenglet had a scare against Osasuna and Ronald Araujo is only coming back from his setback.

Before the injuries, Umtiti was one of the very best at Camp Nou and most Culés cherished him. He was an instrumental part of Luis Enrique’s last Barça squad. Hopefully, he can put everything behind him and rebuild his Barça career, especially considering how much the Catalan needs him at this point.