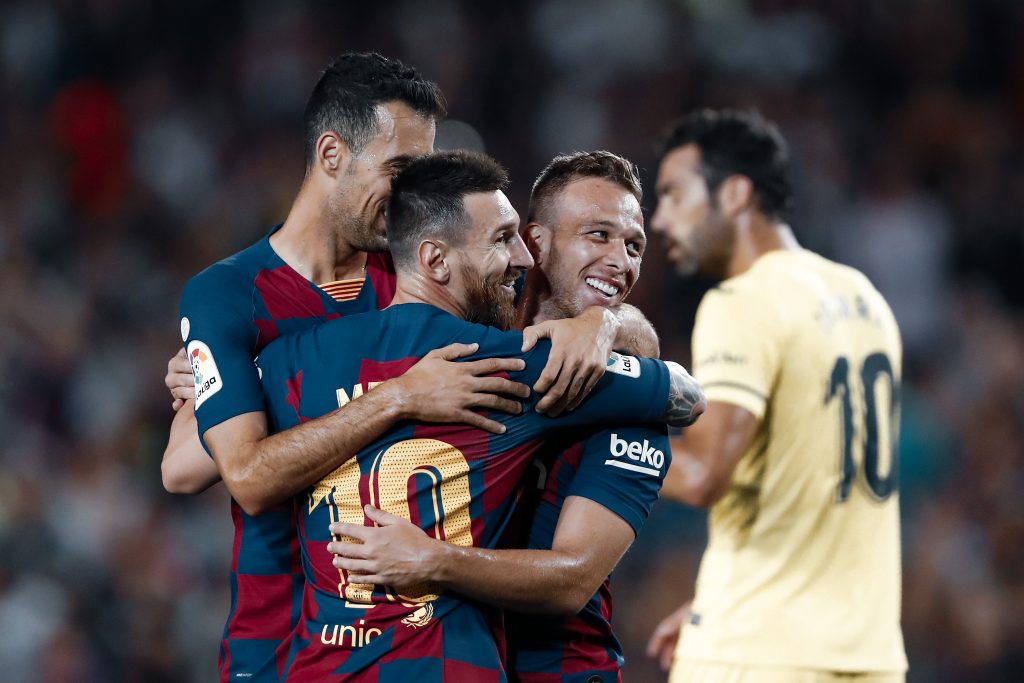 Recently, rumours have flooded the Camp Nou, and no one seems to care about the football and the exciting title race Barcelona are in anymore. It’s time for people to care.

Barcelona are one of the most competitive opponents every season. Indeed, they don’t win the treble every campaign, but they come very close to lifting at least two out of the three trophies at their disposal every year. When Real Madrid won the league in 2017, they were only three points in front of a dysfunctional Luis Enrique side that beat them at the Santiago Bernabéu with a brilliant Lionel Messi performance.

When Barcelona won the league in 2018 and 2019, Madrid didn’t even have a chance as the culés sat on top of the table for two straight seasons with Los Blancos also failing to finish second in the league. Now, as Barça are second in the league and only separated from Madrid on the head-to-head ruling, off the pitch shenanigans are happening to distract the Catalans from their objective that is to win La Liga.

First, it was the Arthur Melo transfer saga, that began as a foolish rumour but is now nearing an ending as the Brazilian will surely become a Bianconeri shortly and Miralem Pjanić will ply his trade at Camp Nou. Then, some rumours emerged saying that fan-favourite Xavi could replace the current coach Quique Setién at the end of the season. These rumours come at the worst time as it distracts everyone from their on-the-pitch aspirations.

For example, now that Arthur’s transfer is expected to be official in the coming days, how will the Brazilian react to the title challenge his current side is trying to mount? Will he be interested in Barça’s dream of winning the Champions League in August when he could play with Cristiano Ronaldo at Juventus who is the competition’s top scorer? More importantly, how will he play? Arthur was already in poor form since the break, and now, with his head somewhere else, he won’t do any better.

“It’s likely that he will play tomorrow. I hope all the rumours don’t affect him”

For Setién, replacing him would be disrespectful, as he had a plan that he wanted to execute during his three-year mandate. Still, the circumstances have done that he couldn’t implement it adequately. Yes, the former Real Betis man hasn’t had the best time in Catalonia, as he has had many problems with substitutions, line-ups and results. But he deserves a chance. He took over Barça in a period of enormous disarray, and the board’s mismanagement of the squad made it hard for him.

Even with all these rumours floating around, Quique Setién, Arthur and every blaugrana player have to own up to what they have done. Barcelona are second in the league, as their goalless draw in Seville a week ago was on the manager’s tactics and the players being unable to create anything in the second half. A title race is the most crunch time of the season. Mistakes cannot be made unless the opponent slips up as well.

“Arthur must fight, be professional and give everything to the club”

The culés‘ faith isn’t in their hands; they have to win every game, even if it means they come out injured or fatigued after a challenge. Barcelona are a club of winners, and the fans have to win at least one trophy this year. With Iñaki Williams scoring the winning goal in the Copa del Rey quarter-final against Barça, they have two shots at a title, and La Liga seems the much more realistic competition to win than the Champions League.

Barcelona’s schedule seems harsh, tougher than Madrid at least. While they have already played Athletic Club and Sevilla, they have Atlético de Madrid at home and Villarreal at La Cerámica next month, and that’s after facing Celta de Vigo this weekend at Balaídos. In this stadium, the Catalans haven’t won in their last five tries. It would be absolutely shameful to call off this season for Barça, as they are so close to retaining their title, granted Madrid slip up.

The Celta game hasn’t made any noise, and surely not more than the rumours surrounding Arthur, and it is the most important event of the week. No big headlines on what Barça should do on Saturday, no tactical analysis, no nothing, just Arthur rumours. Arthur is a midfielder with great potential, and he has some tremendous attributes that he hasn’t shown recently, but no player should be more significant than a club, no matter who it is.

“Football is now all about money. There are problems with the values within the game. This is sad because football is the most beautiful game”

Barcelona will be alive without the Brazilian; it is not as if Leo Messi is leaving, and they have shown it against Athletic as the substitutes did very well in the midfield.
Riqui Puig had a surprising cameo, where he outshined Arthur, and Iván Rakitić scored the winner in that game, possibly showing that deserves to start in the next game. Even though these multiple talking points are surrounding the supporters, there have been no talks whatsoever on how to continue.

Setién’s tactics are another neglected talking point. The Cantabrian coach has received some criticism for his slow passing game, judged toothless by fans, but outside matches, no one ever bats an eye at what Barça should do on the pitch. Barcelona have to win this league and do not have destiny between their hands; they have to pray for Madrid to drop points while winning every game from now on. These rumours do more harm than good for a club that seems lost both on and off the pitch.

• How should Barcelona line-up against Celta Vigo in La Liga round 32?