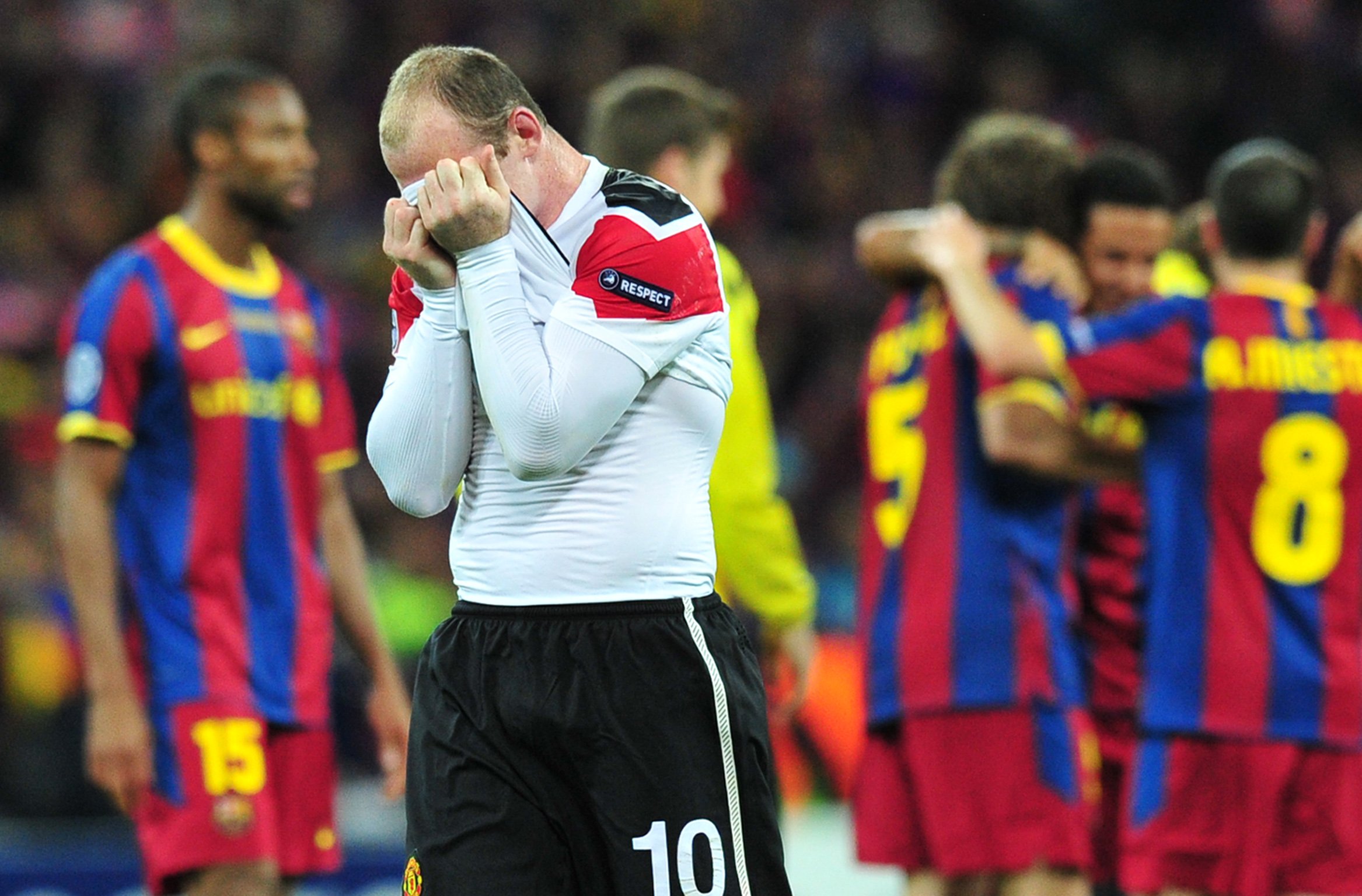 Pep Guardiola’s Barcelona team was something else. Not only did the Catalans have the best players in the world but they also played the most thrilling and the most beautiful football on the planet. That statement may or may not hold true to this very day but the fact is, their opponents were more often than not – outclassed.

The same thing happened to Manchester United, twice to be more precise. And twice Wayne Rooney was on the receiving end of a lesson in football. However, back in 2010, he was extremely close to leaving Old Trafford and heading to Spain of all places.

He handed in a transfer request and for the following couple of days or so, the Englishman was one of the most wanted men on the planet. Talking on the UTD Podcast, Rooney explained he wanted to join Barcelona.

“In my head, at the time (2010), I was ready to go and play in Spain. Ideally, I would have liked to have gone to Barcelona. Imagine playing in that team with Messi, Xavi, Iniesta and Busquets.”

And according to him, fitting in wouldn’t have been a problem. After all, Lionel Messi was a wide player at the time so there would certainly be a place for a player like Rooney in Guardiola’s team.

“At that time Messi wasn’t playing as a number 9, he was playing out wide. So, I think I would’ve slotted in perfectly. I could have come to the ball as well and have players running in behind.”

There’s no denying his class and skill on the pitch and a prime Rooney could’ve been a real asset to any team in the world back in the day.

Can you imagine him at his best, playing for one of the best teams to ever set foot on the green pitch?

It would’ve been quite something, to say the least.