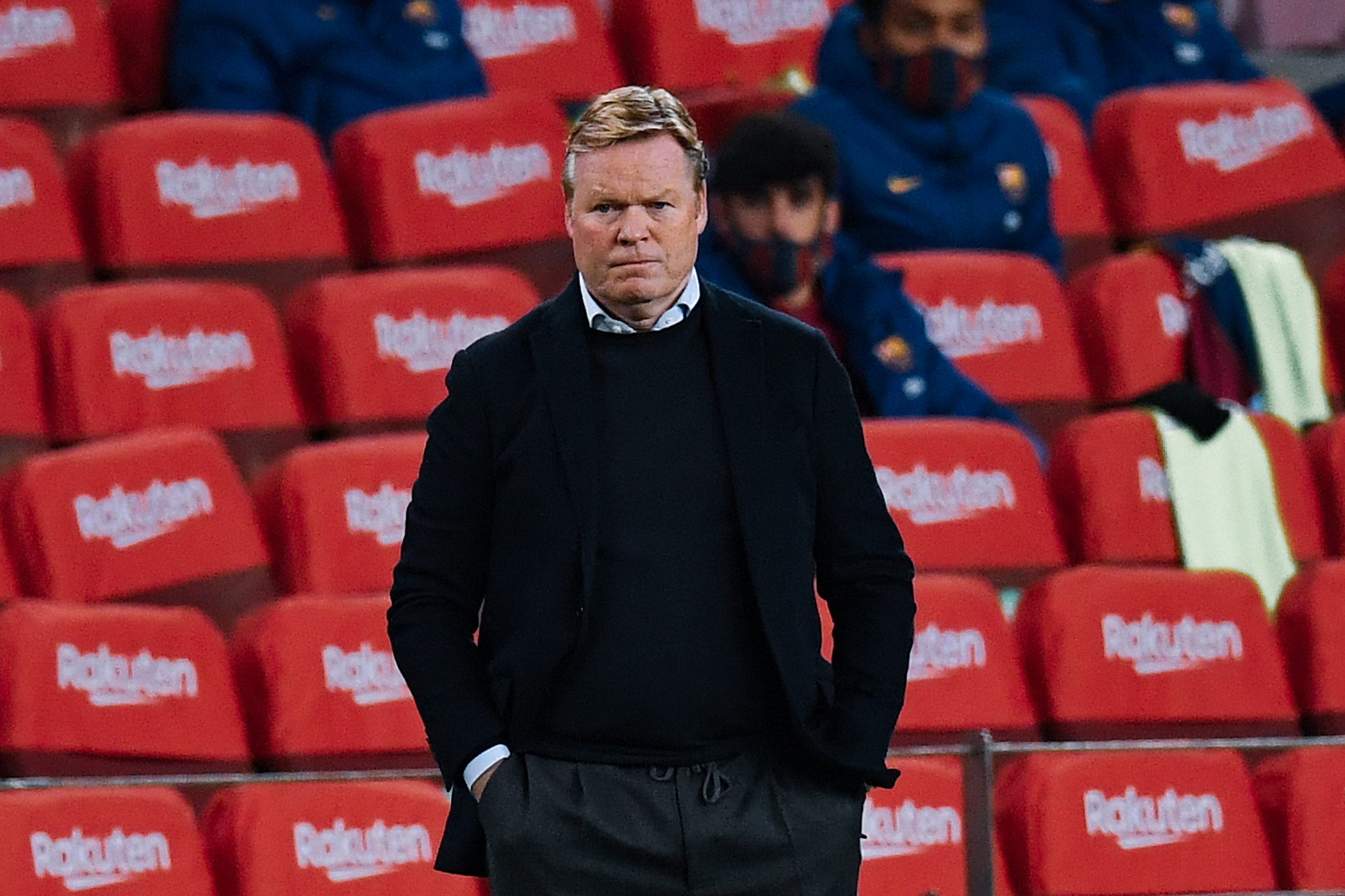 Change is the only constant they say. While constancy and consistency are undoubtedly desirable, their extremity — stubbornness often takes things too far.

Ronald Koeman arrived at the Camp Nou with a plan. A well laid out set of ideas that he wanted to implement, at any cost. It was a structure so clear in his mind that he knew exactly which players he wanted out and executed it in no time. Unquestionably, it was a refreshing sight to see a plan in place with a clear target.

Under the umbrella of his plan, the Dutchman had two deeply rooted ideas. First, he was keen on revamping Barcelona’s traditional 4-3-3 to a 4-2-3-1 with the idea to ramp up the attack with renewed width.

The other cornerstone of his ideology was around a player he had already had massive success with- Frenkie de Jong. Koeman was convinced by the idea of playing de Jong in the double pivot. It was understandable, considering the massive success that the Dutch protege has seen for his international side at that position.

Though Koeman’s ideas seemed understandable, there was a basic flaw. Barcelona had played a plethora of formations in the past, including a 4-3-3, 4-4-2, 3-5-2 amongst others. Yet, they all functioned on a basic principle — a solid midfield that dictated the game.

The newly imposed 4-2-3-1 brought in a new philosophy. The midfield was suddenly desolate, forcing Lionel Messi to play deeper than ever. The side did not have wingers of the profile demanded by the new formation. This clumped the attackers into congested central areas. The players pushed to foreign roles were all of a sudden clueless. While Barcelona did pick up the occasional big win, there seemed to be no consistency in performance.

While all this was very evident from the performance on the field, the manager was reluctant to accept it. Every press conference had a statement showing intent to continue the same. Despite all the pressure, Koeman stood stuck, embracing an ideology that did not work.

His reluctance to accept his mistakes was beginning to choke the side. The formation designed to potentiate the attack ended up sucking out its life. With no department able to execute its function efficiently, the team slumped from low to low.

After two games with a three-man backline, Barcelona’s manager decided to go back to the 4-3-3 formation. The formation that the Catalan club has been historically associated with, and has had enormous success in.

It was against Levante that Koeman flaunted his new weapon for the first time, to little impact, though. It was against Huesca, though, when the team looked drilled to perfection in their roles.

Frenkie de Jong was given the liberty to play much higher than the previous formation demanded him to has helped bring the best out of him. Pedri, who already shone, started to shine brighter. Lionel Messi, all of a sudden, returned to his stellar best. The midfield once again seemed in control, defence a lot more sorted out. Moreover, with two midfielders ready to make runs into the box, Barcelona seemed to break down defences with ease.

The 4-2-3-1 may not be a flawed ideology. It is still one of the fastest-growing line-ups in world football, with teams like Bayern Munich and Manchester United using their own variants of the same. Nevertheless, the 4-2-3-1 was not something that suited Barça. A side with players who have played their entire careers in a 4-3-3 would always find it difficult to make a sudden switch. A factor Koeman failed to consider while designing his setup.

The Barcelona manager has truly come a long way. From the narrow-minded closed shell of his stubbornness, he has slowly but steadily understood the importance of flexibility.

As he had stated at the start of his tenure, he initially focussed on playing star players in their best position. However, he has now learnt to prioritize the overall chemistry over an individual’s comfort. It has enabled players like Busquets and Leo to once again play in the positions they call home. And no doubt, this has boosted the team to a new set of highs.

With Koeman’s managerial experience and understanding of the squad growing on a daily basis, positive signs have started to come out. The shift might have been slow, but as they say: better late than never. Barcelona have now picked up nine points from dominating away performances, and this has to be the highest point of the season. Maybe the season cannot be written off after all!