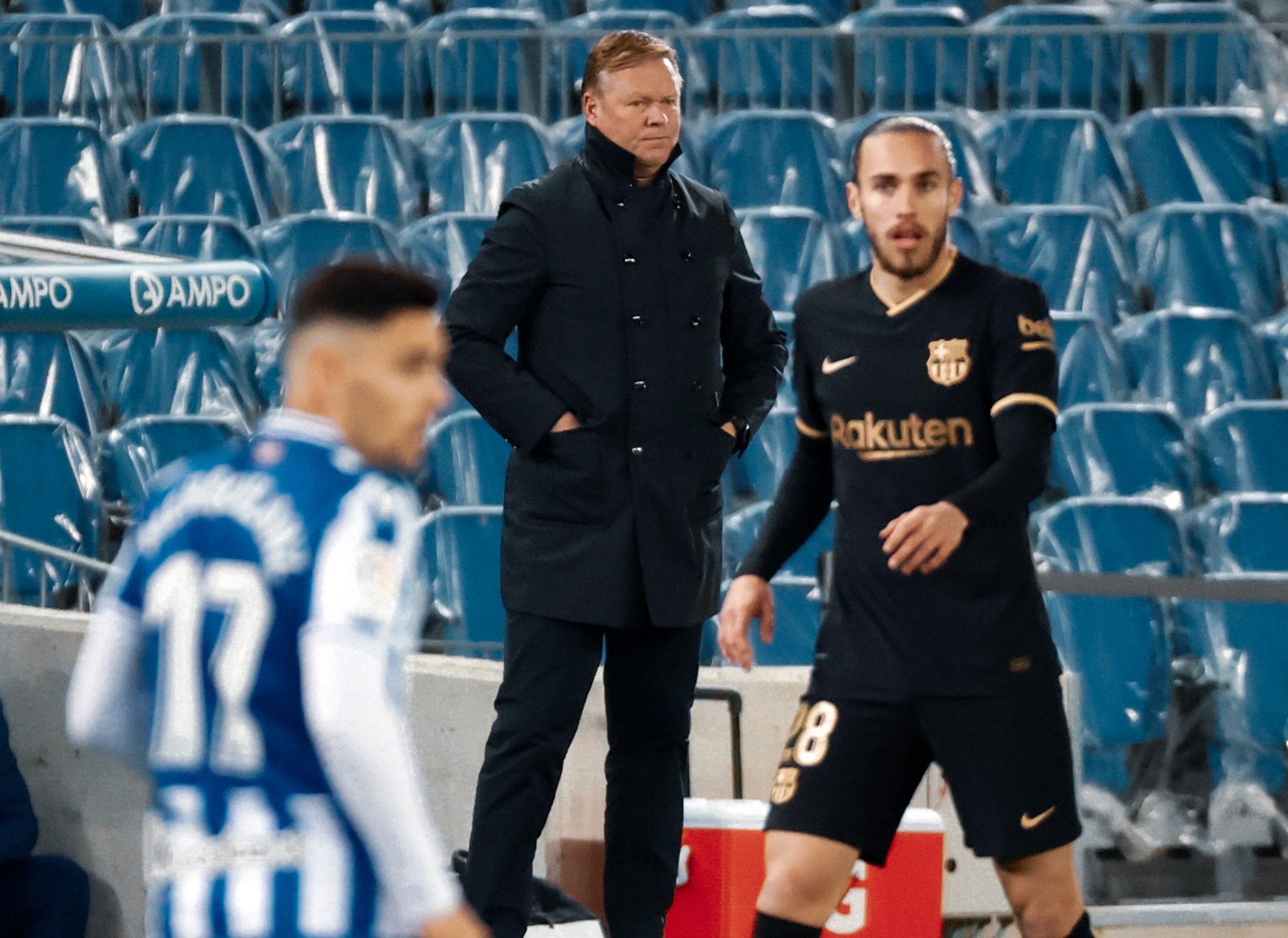 Even though the 3-4-3 system is not exactly a revelation to the Barcelona faithful, it still feels like a step away from tradition. For the majority of their history, especially the modern one, we were used to seeing them in a 4-3-3 structure.

Of course, at the end of the day, formations are nothing more than just numbers on a sheet of paper or, as Pep Guardiola used to say, ‘nothing more than telephone numbers.’ And that’s certainly true. After all, it’s not really about those numbers; it’s about the roles, responsibilities and interactions the players have on the pitch.

A team sheet before the match could say someone is playing in a 4-4-2 system, but that may very well change depending on the situation on the pitch and individual decisions each of the players take in certain moments of the game. But even with that being said, formations, or rather structures, can inevitably have a clear impact on a team’s performance.

Case in point – Ronald Koeman’s Barcelona. At the very beginning of his tenure in Catalonia, the Dutchman was adamant about introducing his signature 4-2-3-1 formation, which, as we now know, was not that effective. The results, or rather lack thereof, forced his hand, and he quickly swapped back to the more traditional 4-3-3.

However, that didn’t really solve many of their issues either. In fact, at times, it seemed to have caused even more. The 4-3-3 has many advantages due to the sheer flexibility it offers, but Barcelona were looking for something entirely different. We mentioned something about roles being important within a system, but formations and structures influence or even dictate those roles.

Take the newly introduced 3-4-3/ 3-5-2 system the Catalans are using at the moment. Once Barcelona are in the final third and attacking through all five main channels in the opposition’s half, you can’t exactly tell it’s a 3-4-3, can you? But that doesn’t mean the responsibilities of the players have not changed.

Both on and off the ball, it really does seem they are more organised as the new system helps enhance their strengths and cover up their weaknesses. When defending, Barcelona are pressing well in a man-oriented way, suffocating the opposition and collapsing well. This helps them both win the ball higher up the pitch and disrupt the opposition’s build-up play to the point of no return.

In attack, the introduction of wingbacks and a back three has eased their progression and freed up the midfielders, who suddenly have more space to advance the ball. But this is by no means a flawless system. Koeman probably explained it best himself.

When speaking to Marca recently, the gaffer mentioned this is a high-risk, high-reward system, saying: “We played man-to-man today and, if it goes wrong, it can cost goals. Pressing like that is risky. Sometimes it’s dangerous, but the team is confident.”

Another drawback is that playing so aggressively all the time, focusing on closing down the man and not space, can be extremely tiring. Barcelona’s squad is getting much younger, granted, but even the players in their youth and prime years might struggle to keep it up across a full season.

That’s where squad depth comes into play, and unfortunately, especially with all the recent injuries, this has been the Catalans’ bane as of late. And it’s also the dilemma it represents for Koeman and the club – is the new system a long-term plan or a very situational solution that’s applicable right here and right now but may not be in the future? The answer, as ever, is not that straightforward.

However, isn’t the latter option always true? Shouldn’t every system be dependable on the personnel and how much it actually fits the players you have at your disposal? We’ve seen first hand that sticking to systems like the 4-2-3-1 or even the 4-3-3 didn’t work despite some obvious advantages they both offered.

The answer to the question ‘why’ requires a more complex answer but at the gist of it is the sheer (un)suitability to the players Koeman has in his squad. At the moment, the 3-4-3/ 3-5-2 is ensuring we see Sergio Busquets in all his glory week in, week out while also getting the best out of Sergiño Dest, Jordi Alba, and even Ousmane Dembélé by limiting their defensive responsibilities with an added layer of protection behind.

However, all of that is a passing thing. What happens if and when Barcelona start introducing new players? In fact, how do returning players like Ronald Araújo, Gerard Piqué, Philippe Coutinho and Ansu Fati fit into that picture? How can Barcelona lineup with new signings post the summer?

For some, the transition into a new system could be easy, while others might struggle to get going. Take both centre-backs as an example. The three-in-the-back structure requires the backline to be extremely good on the ball, putting a lot of emphasis on them to find the free men in the middle or even the final third by constantly breaking the lines.

However, Araújo, and even Piqué to some extent as of late, has been struggling in this regard. The Uruguayan, in particular, is a rock in defence but not as progressive on the ball, which could limit Barcelona greatly if he’s not paired up with at least one other highly technical centre-back in the future.

Fati’s return, on the other hand, poses a different question. Theoretically, the youngster should slot right in, but in that case, it’s likely Dembélé’s game time might decrease. The same is true for Fati if the Frenchman is chosen instead. So again, while the 3-4-3 offers so many advantages at this particular moment, just like the 4-3-3 did in the past, it’s still highly situational, just like every other system.

Its effectiveness in the long-run will therefore depend on whether or not it suits the players. If so, there is no reason to abandon it as long as the result, and the general performances are up to par.

However, all of that can change really quickly, and that’s why there are no guarantees in football and also why there is no perfect be-all-end-all formation in this sport.

Today it’s the 3-4-3, but tomorrow or the day after, it might be something entirely different. And there is nothing wrong with that, as long as it works.

So for now, if it ain’t broke…