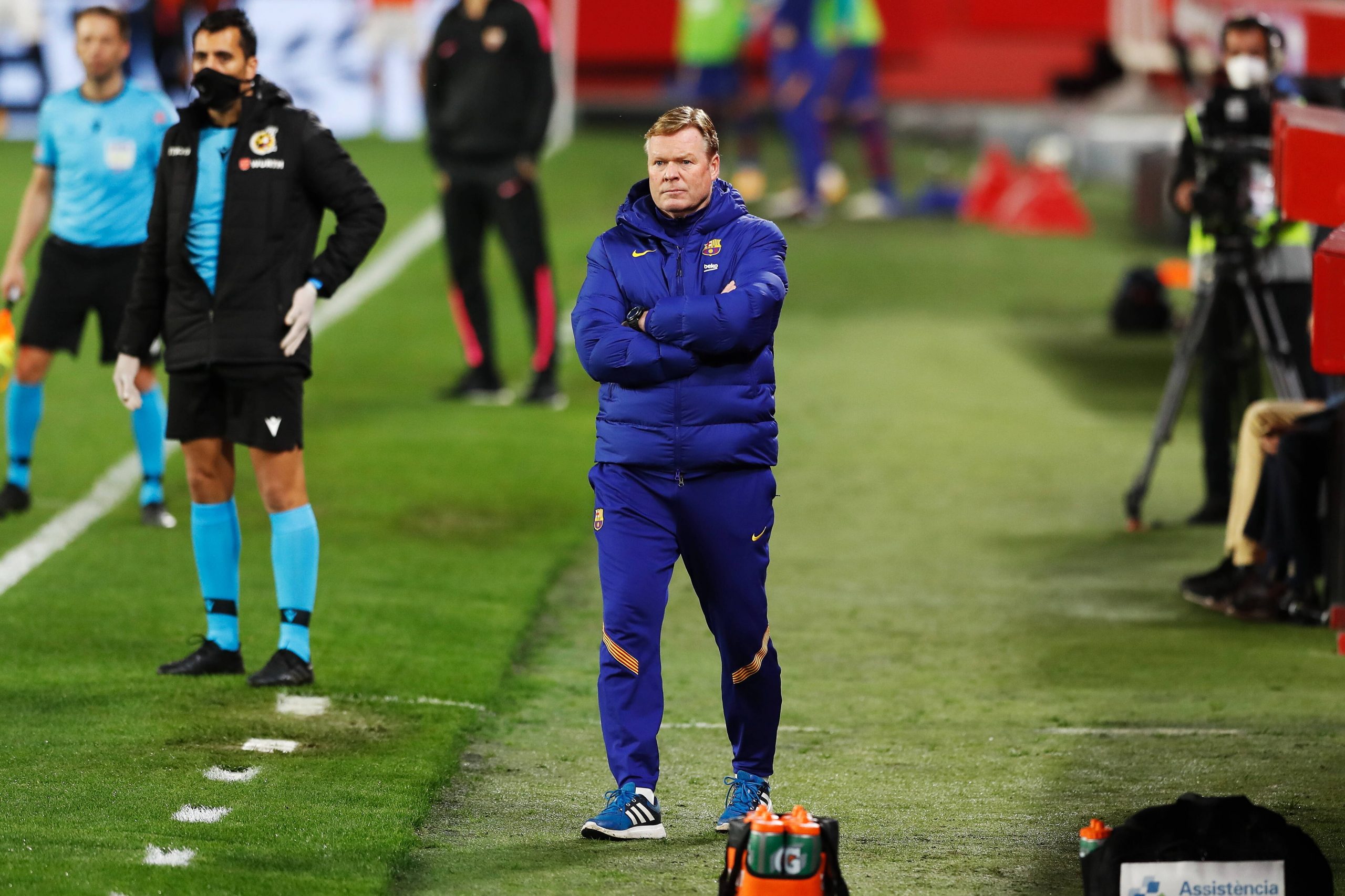 This week has been about Ronald Koeman, and rightly so. The Dutchman changed the ways of the Barcelona and led them to two consecutive wins against Sevilla. The Blaugranas initially registered a 0-2 win at the Ramon Sanchez Pizjuan, only to be better it in the Copa del Rey days later to complete a turnaround from 2-0 down in the first leg.

Whether Barcelona continues with the same structure against Osasuna is unknown, and with rotations imminent, Koeman talked about the importance of this fixture, saying, “Tomorrow’s game is difficult and important. We will do our best to win it and be prepared.”

Without giving anything away pre-hand, Koeman dropped hints about the formation, suggesting that there might not be many changes, “We might continue with three defenders at the back, but we must also not be obsessed with tactics. The mentality and energy of the team is more important.”

Barcelona players and fans also have eyes on the Madrid derby this weekend as league leaders Atletico Madrid lock horns with Real Madrid. Koeman spoke about the same, saying “One of the teams will lose points. But our game is more important, then comes who’s first in the league. We must not be obsessed with it.”

The conversation soon moved to the presidential elections, and subsequently Xavi. When asked about the former midfielder coming in to become the head coach, Koeman said, “During this period it is normal to hear names being spread, but it doesn’t bother me. I’m focusing on my job. The press is only interested in controversy. I’ve had enough of these kind of questions.”

Soon after that, as a follow up, Koeman spoke about the elections as well, saying “I’m excited to meet the new president. All candidates have good projects. I haven’t chosen one because I don’t personally know them. The members will vote.”

Before ending the presser, Koeman spoke highly about Ilaix Moriba, who has seen constant minutes in Ronald Koeman’s outfit recently, getting chances over the likes of Miralem Pjanic and Riqui Puig: “Ilaix is one of the youngsters that we count on. He trained with Barça B and with the first team. He’s like Riqui, who is also training well.”