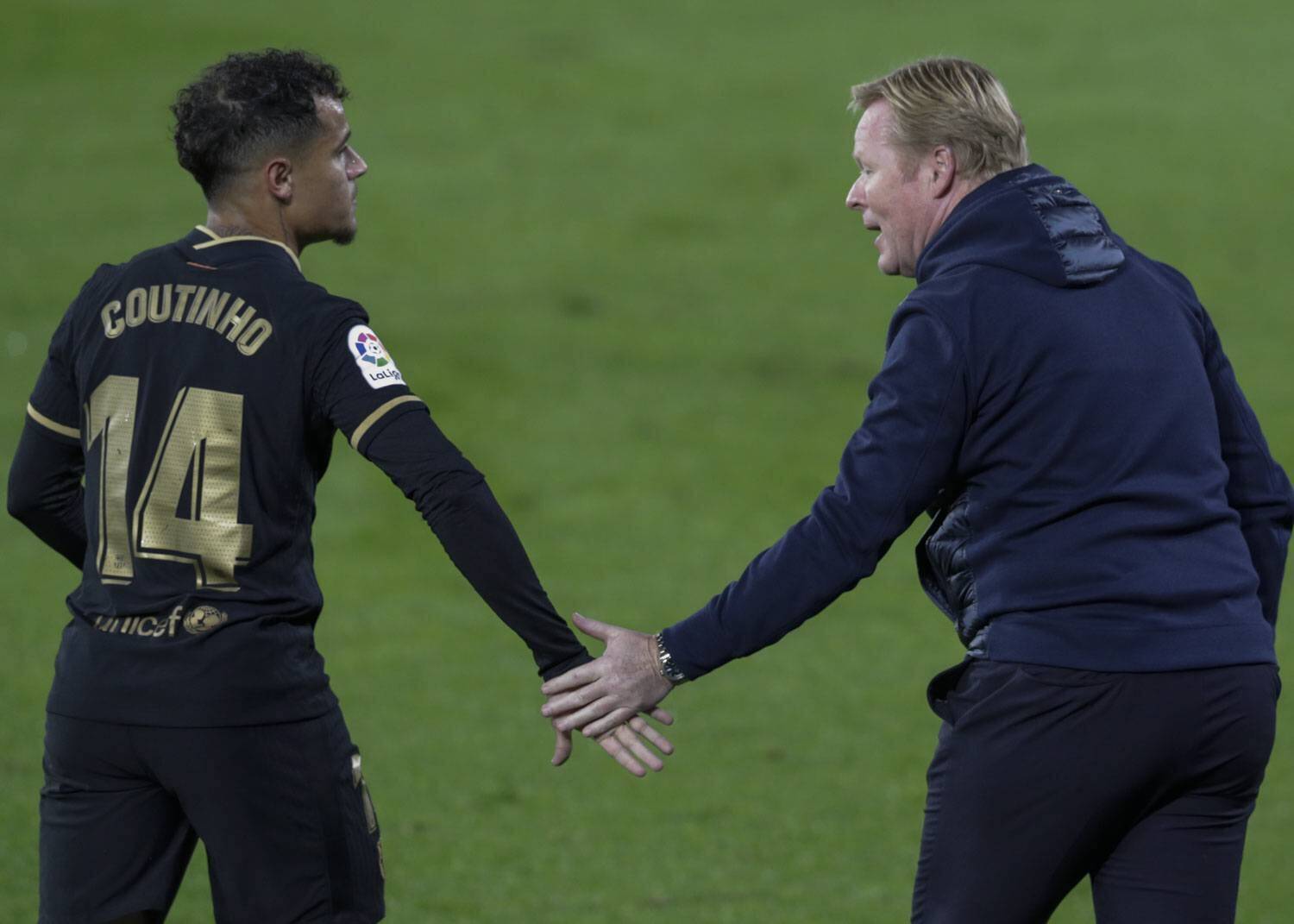 Ronald Koeman has spoken in the press conference ahead of the Celta 0-3 Barcelona game. The Dutch manager managed to finally break the curse at the Balaidos — the Catalan club had not won any of the last 6 games away against Vigo, losing 3 of them.

Koeman, on the other hand, broke the curse comfortably. The manager played an entire second half with 10 men, but still managed to score 2 goals to secure the game.

“I’m very proud of this team today, we have worked very well, with one player less. We have done a great job with a lot of discipline.”, Koeman said.

The Dutch manager explained that at the break, he rotated to a 4-4-1 system: “At the break we talked about the 4-4-1 system and the players have done a great job.”

Koeman also added that Messi did a great job tonight: “Leo has worked a lot without the ball and he has been very important.”

“We said to the referee that there were other fouls on the pitch. In the end, it’s his decision and there is no need to discuss. I think it was a foul but I’m not sure if it was a yellow card.”, added Koeman regarding the second yellow card that Lenglet received which brought his team down to 10 men.

The Dutch manager was asked about the Champions League draw as well:

“We can be happy about the Champions League draw. Juve and Barça are the two best teams in the group but it will have to be proven.”

“I can’t say much about last season, but from day one I’ve seen the players very eager and eager to turn the situation around. The players are training very well, and we’re better physically.”, concluded Koeman.