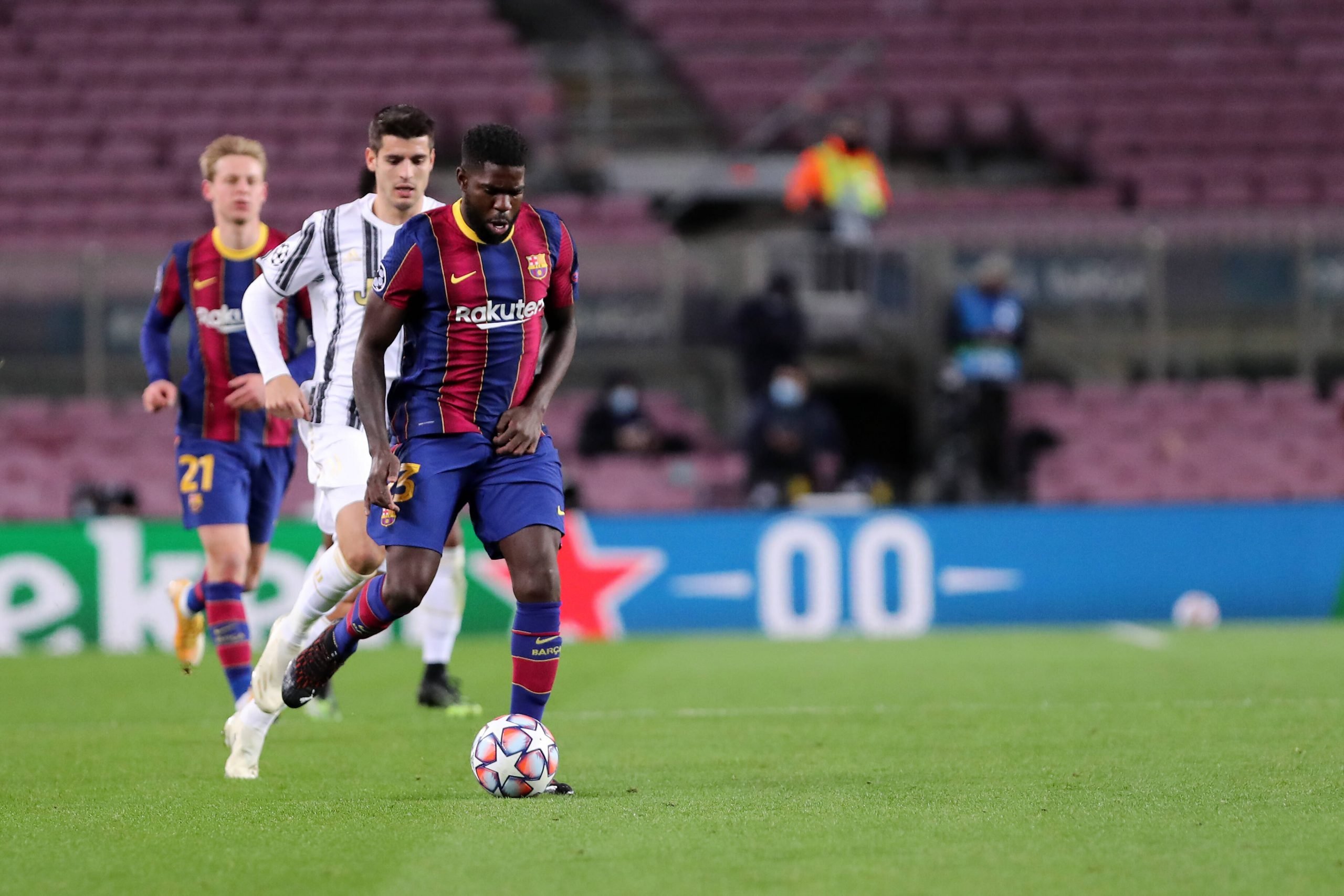 According to a report published by Mundo Deportivo, Ronald Koeman is pleasantly surprised with Samuel Umtiti’s performances and is ready to put more faith in the centre-back in the near future.

Starting his first game of the season against Granada, Umtiti was merely an emergency replacement for Ronald Araujo who got injured during the pre-match warmup of the game. Naturally, it raised some concerns among fans, who were facing a motivated Granada. However, Umtiti shocked the fanbase with an all-round impressive display as the rock at the back.

While everyone suspected that the World Cup winner would make the starting XI against UE Cornella in the Copa del Rey round of 32, Umtiti merely made the bench, but then started the game against Elche on the following weekend, putting up yet another rock-solid display. This could be indication towards his growing importance in the team, especially over Clement Lenglet, who has been severely underperforming this season.

When the season started, multiple reports were floating around surround Umtiti’s situation at the club, and how Koeman did not trust the Frenchman enough. Who can blame the Dutchman, though, Umtiti’s decision to prioritise his country over the club led to several controversies within the fanbase OGC Nice were closing in his transfer. At the same time, AC Milan and Olympique Lyonnais were continually linked throughout this duration.

After his two starts in the league, though, Umtiti’s confidence has grown multiple folds, and he believes he can reverse the situation with his knee. Given Lenglet’s form and Gerard Pique’s injury, it is only fair to give Umtiti some chances, especially if he can continue to perform at this level. Not only will it help Barcelona temporarily solve the problem in the defence, but it could also help the club drive up the asking price for the 27-year-old.