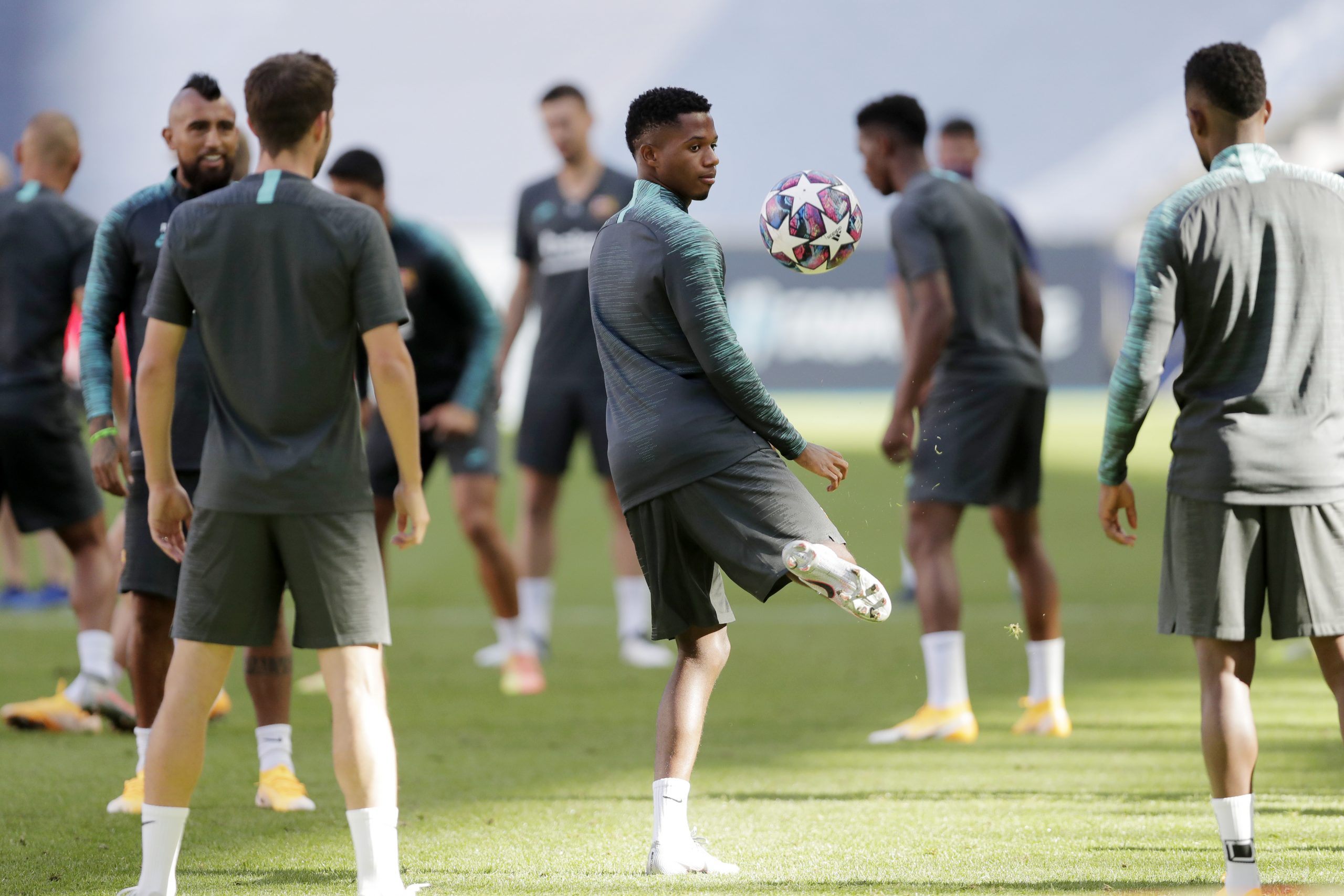 Barcelona’s priority in the ongoing summer transfer window is still to sign a new striker but it seems they already have the perfect one. According to some recent reports, Ronald Koeman sees Ansu Fati as a ‘number 9‘ rather than a winger.

The new coach has been ‘scouting‘ the youngster during Spain’s clash with Germany and was seemingly impressed. Not only that but he firmly believes Fati has all the ingredients to be an effective striker.

And besides, Barça have both Ousmane Dembélé and Francisco Trincão for the wing positions so this could definitely be an option. Koeman sees Fati as a number 9 because he scores many goals and is as lethal as they come.

Of course, the youngster has been brilliant whenever he was on the pitch and this change could guarantee him more minutes on the pitch. And yes, Barcelona will likely sign a new striker anyway but being so versatile is bound to come in handy.

Fati has also made his big debut with Spain just recently and his coach was watching both him and a couple of other players closely. The new season is close and he has to be ready.

Either way, Fati is bound to be a key member of the new coach. But will he be played as a winger or as a striker? That remains to be seen.

Wherever it is, though, he will surely impress. We’re all counting on him to do exactly that. And with Lionel Messi also staying at the club, there’s lots to look forward to.