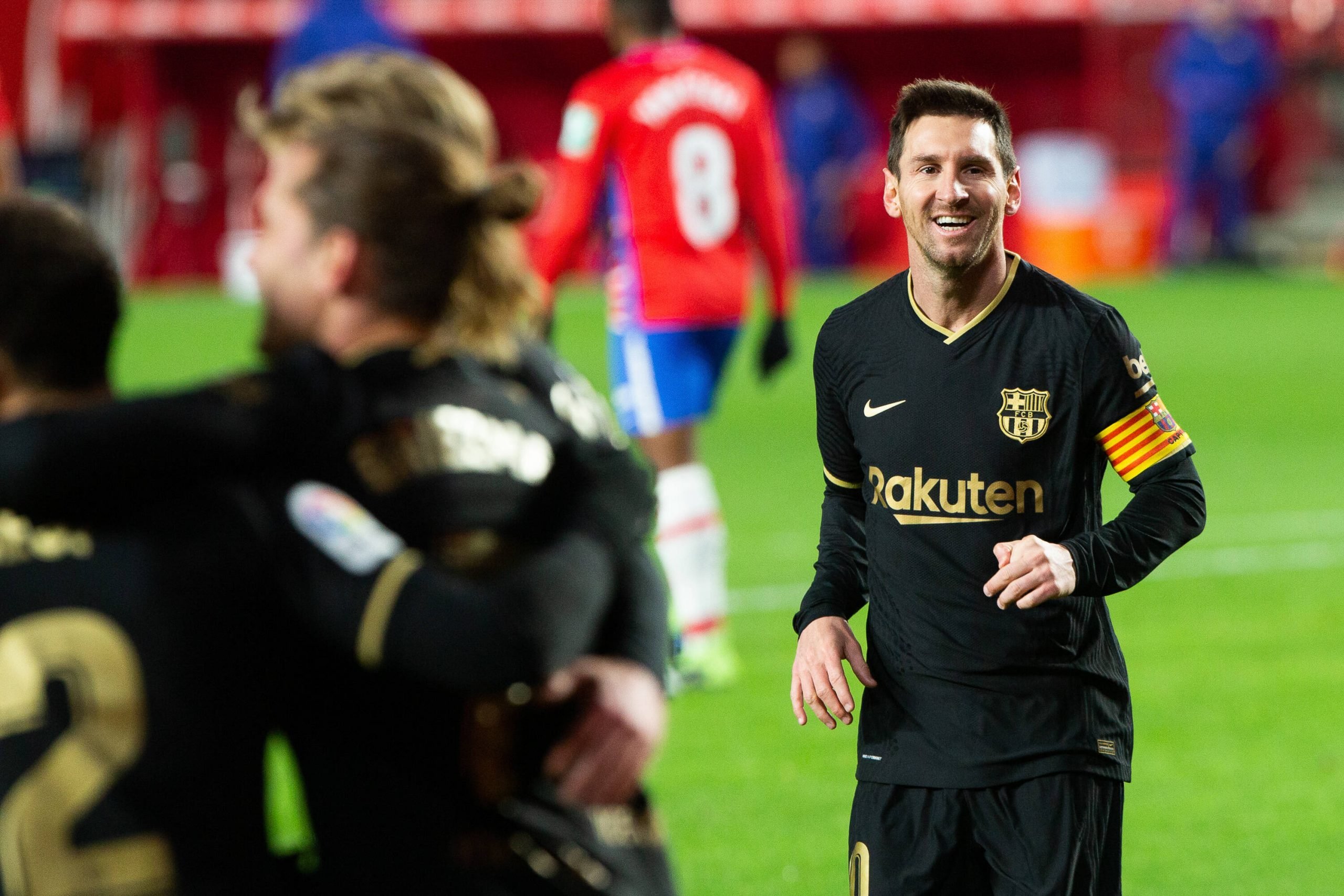 Barcelona’s win against Granada was rather picture-perfect barring an obstacle before the game even began in the form of the injury to Ronald Araujo in the warm-up. A brace each from Antoine Griezmann and Lionel Messi, coupled with a midfield masterclass from Frenkie de Jong rounded off a 4-0 victory, edging them closer to Real Madrid in second place.

Two minutes after the scoreboard read 4-0, Barça fans witnessed a rather odd occurrence which they had not seen for several years. Ronald Koeman decided to take off Messi, who was on a hat-trick to bring on Martin Braithwaite with 30 minutes still left to play.

The last time Messi was taken off mid-game was last season when he had suffered an injury against Villarreal. Similar concerns were raised this time around as well, with clips of Messi constantly fiddling with his left hamstring released. Additionally, Gol reported that the six-time Ballon d’Or winner asked Koeman to be substituted after feeling some discomfort in his leg.

Naturally, when doubts this big are raised over the greatest of all time, conflicting reports have come afloat as well, with ESPN correspondent Moises Llorens releasing a statement suggesting that in fact, that Lionel Messi does not have any major muscle problems.

❗️Lionel Messi is fine. He doesn't have any major muscle problems.

Barcelona will travel to Cordoba to face off against Real Sociedad in the Spanish Super Cup. The competition, as it stands, seems to be the only shot Barcelona have at winning silverware, which means that Koeman will risk Messi regardless.