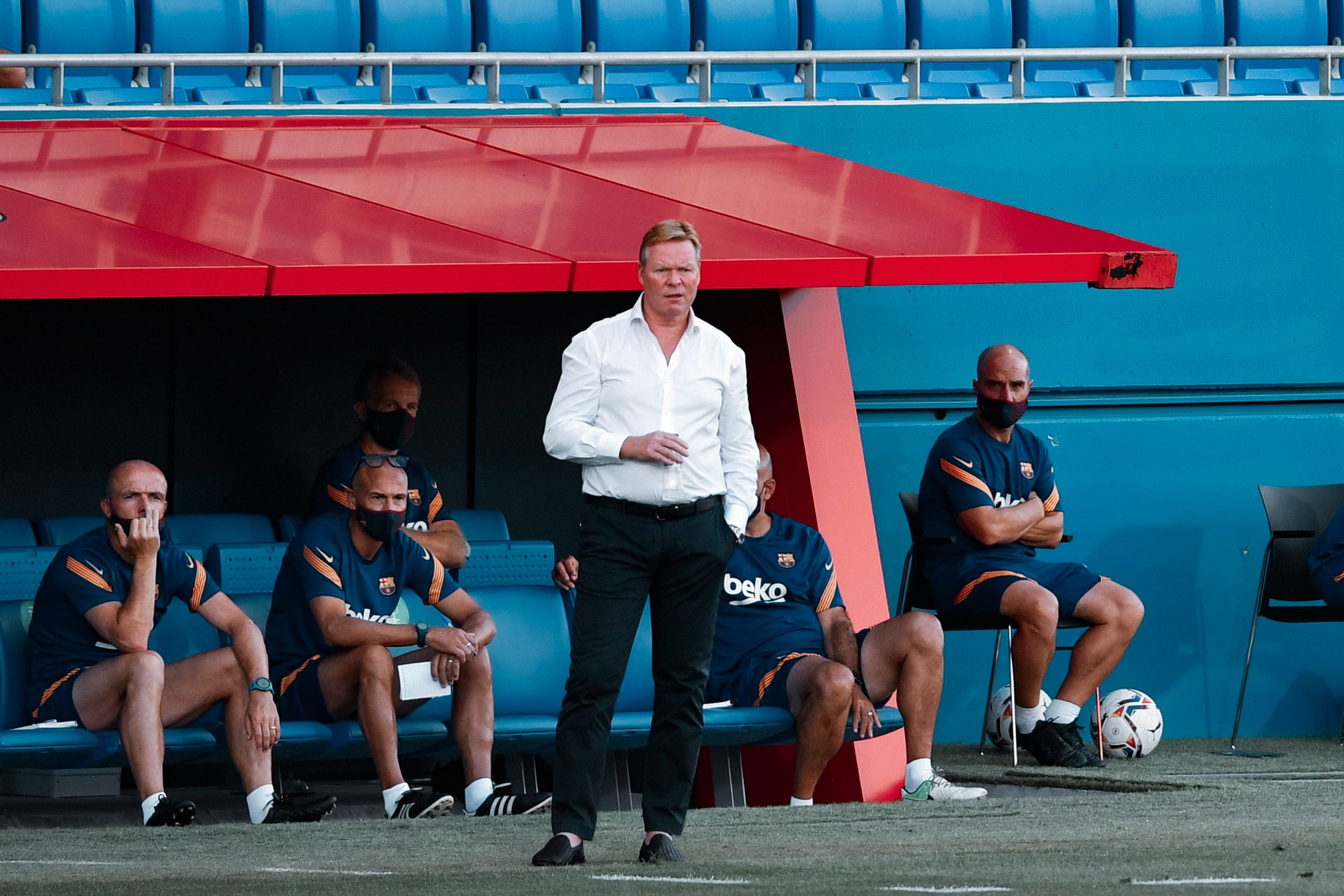 During the three preseason games, Ronald Koeman has opted for a change in formation at Barcelona, as a 4–2–3–1 line-up has been implemented by the Dutch coach. This article looks at some of the strengths and weaknesses of the formation so far.

The 4–2–3–1 formation has been used by many top teams around the world. It offers a defensively strong set-up as well as providing good width. In the first three games since his appointment, Ronald Koeman has chosen this set-up. This is a change for Barcelona, who usually play in a 4–3–3 formation.

Thus far, players seem to be adapting to the change, but the first real test for Koeman will be on Sunday 27th September against Villareal. During the pre-season friendlies, there was a lot of rotations, so it is not clear who the favoured starting eleven is yet. However, it looks as though the manager has found his formation for the season, unless something major changes.

The new change in the system could have several benefits for the current team. One of the positives to the new formation is that it allows players to be played in their favoured positions. Frenkie de Jong is one player that could excel in the double pivot role.

After a mediocre season, De Jong will now be moved to his best position. At Ajax, and for the Netherlands, the barça midfielder produced his best performances when given a free-roaming role as a double pivot. He is most comfortable in this position as the Dutchman thrives in the defensive and middle areas of the pitch, but not so much in the final third.

Two other players that could improve under the new formation are Philippe Coutinho and Antione Griezmann. The 4–2–3–1 formation plays with an attacking midfield or second striker. This is Coutinho’s and Griezmann’s best position. Under the 4–3–3 formation, they were forced to play out wide, and it did not suit either of them. Playing them centrally will be key in helping them find their best form again this campaign.

Philippe Coutinho, named Man of the match in the Trofeu Joan Gamper game against Elche, could be one of the most benefitted players by Koeman’s change of formation | Photo by David Ramos via Getty Images

The set-up of the formation also provides more defensive stability than the usual 4–3–3. Having two holding midfielders helps to limit teams counter attacks. It strengthens the centre of the pitch too.  The two midfielders in front of the centre-backs make it difficult for the opposition to break through this area.

In an attacking sense, the full-backs can be more confident in pushing forward. There will be an extra midfielder available in defence if they get caught out positionally. Furthermore, a more dynamic attack can be formed with players like Lionel Messi, Griezmann and Coutinho all being interchangeable. Having that extra attacker should allow Ronald Koeman to play with a pacey winger such as Ansu Fati or Ousmane Dembélé. The Catalan side’s lack of pace in attack has been an issue for several seasons now.

Though there are positives, there could also be some downsides to the change in formation. Most notably, a lack of opportunities for Barça’s young and talented midfielders. Riqui Puig, Carles Aleñá and Pedri may have less minutes, according to the manager. This is due to their natural position, as interiors in midfield, no longer being used.

“Him [Riqui Puig], [Carles] Aleñá, Pedri…I have told them that it’s difficult for them and there’s lots of competition. At 20 years of age, the young players have to play”

Ronald Koeman, after leaving Riqui Puig out of the squad for Saturday’s Trofeu Joan Gamper against elche

Though they could adapt to the pivot role or the number 10 role, it seems Koeman would prefer others who are natural to these positions. Sergio Busquets, Miralem Pjanić and De Jong will play most of the minutes as the defensive midfielders. Additionally, Griezmann, Coutinho and Messi are likely to occupy most of the minutes in the attacking midfield role. This is a huge blow for the Barcelona youngsters who deserve first-team minutes.

Another issue that has already highlighted itself is the removal of a midfielder for an extra attacker. This can leave large pockets of space in the middle section of the pitch. This can either be exploited by the opposition to attack into or limit the options for the blaugranas in the build-up play. For example, if the two pivots get dragged over to one area of the pitch, this can leave large gaps on the other side.

This could cause problems if Barça want to transition the ball quickly to open the game up. What Koeman has essentially done is to take one of the links in the deeper build-up play and move it into the final third instead. Only time will tell if this pays off as Barcelona start the new campaign soon.

The new formation implemented by Ronald Koeman will shake things up at Barcelona. Though the main principles will likely remain the same, such as high pressing and dominating the ball, some parts will change. The formation helps some players find their best positions in the team while also sacrificing others. Defensively, it should help Barça become less open to counter attacks.

Going forward, the team looks more fluid and comfortable. Although, players will need to be spatially aware. Large areas of space have already emerged in the middle of the pitch during preseason and could cause issues for the team later on.