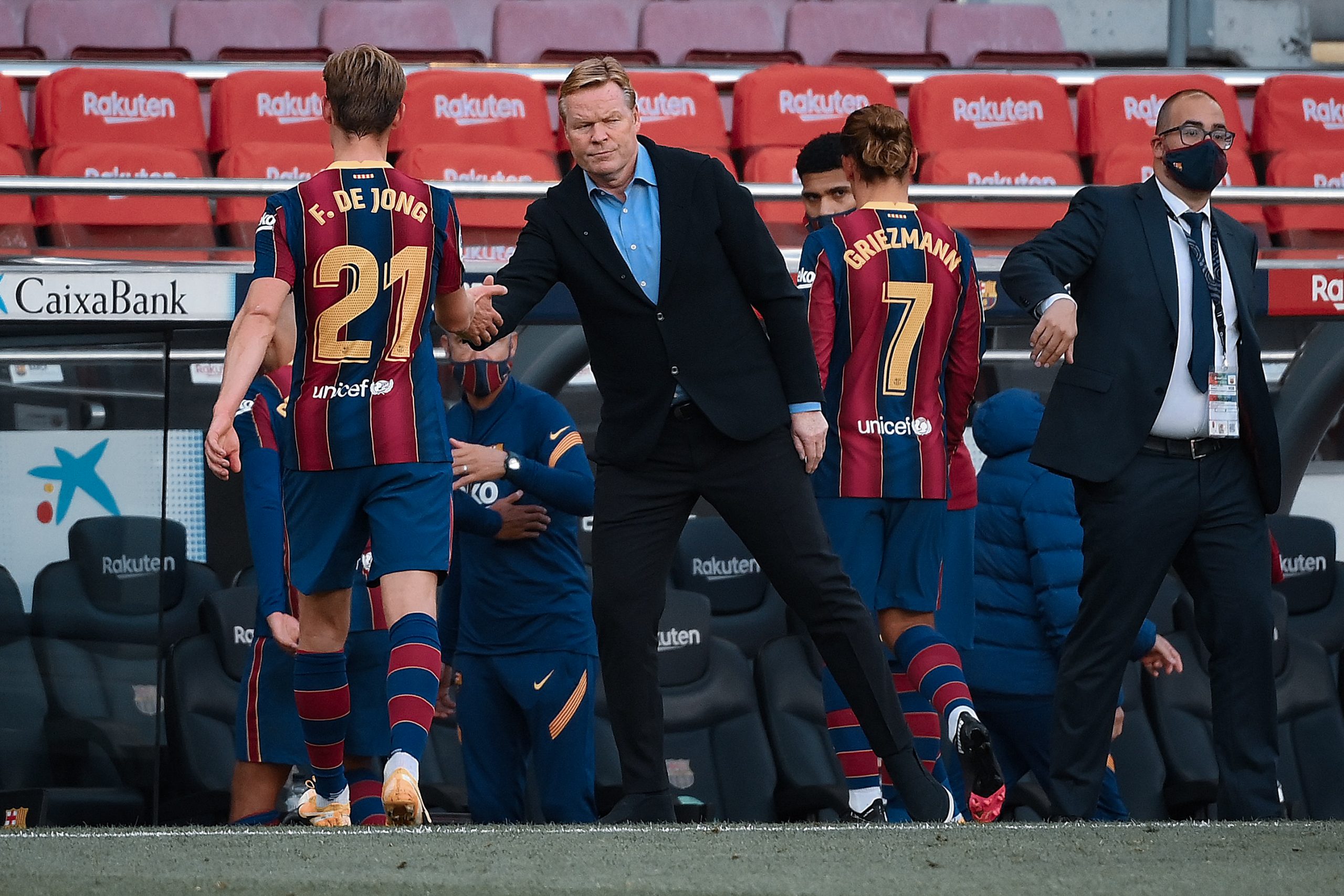 Ronald Koeman has had a rollercoaster of a start to life as Barcelona manager. He had an excellent opening week, claiming a thumping 4-0 home win against Villarreal as well as a 3-0 away victory at Celta Vigo, but since then, things have started derailed.

From no goal against and seven for in his first two to six apiece over his last four matches, the Catalan side seems to be crumbling under the immense pressure being placed on their shoulders. The cherry on this miserable cake was his poor game-management against Real Madrid as Barcelona chased the game for the last 30 minutes, eventually succumbing to a 3-1 loss.

The starting line up

On paper, this is one of the best starting line ups that Koeman could have played against Real Madrid. Sergiño Dest was finally playing in his rightful position, Jordi Alba was back from injury, Sergio Busquets was there to provide defensive aid to de Jong and Pedri, a 17-year-old in phenomenal form was deservedly called up to play. Normally, this should have been a good game given the perfect blend of the zeal and zest that comes with youth and the calmness and composure that comes from the experience; however, it was anything but.

Busquets has seen far better nights in his time as a Blaugrana. In the game, he was often poorly positioned, lost possession countless times and was simply incapable of playing through the pressure imposed on him by the defending champions.

Pedri meanwhile made little to no impact. This was to be expected given the fact that he is most influential when playing down the middle but Koeman decided to use him as an out and out winger instead with no explanation.

Pedri was no by means poor; but was a lot less influential than what he can be. (Photo by Alex Caparros/Getty Images)

Perhaps due to his injury, and the fact that he was completely out of position, Philippe Coutinho wasn’t as effective as he has or could have been. Jordi Alba had a rather good first half and easily could have had two assists, but his influence decreased as both the game and his legs wore on.

Real Madrid were forced into making their first change early on, but unlike his counterpart, Zinedine Zidane made a tactical change at a time when the player in question had adequate time to make an impact. Given the fact that Pedri, Coutinho, Busquets and Alba simply weren’t having their day, and that Koeman had five substitutions at his disposal, he should have taken them off well before the 82nd minute, when his first change was made.

Keeping in mind the strength in depth that the hosts had on the bench, Koeman should have made like for like changes in the team to both add some of the much-needed dynamism in play as well as maintain a structured shape when in possession of the ball. Instead, he opted for the following:

These substitutes served to worsen the team’s functionality in possession, as no one was anywhere where they could actually make an impact on proceedings. The formation essentially went from what was a fairly balanced 4-2-3-1 to a 3-1-6 and with no clear plan for how the six forward players were to position themselves.

Subbing off Alba for a striker seemed like a bizarre decision. (Photo by Alex Caparros/Getty Images)

Even with Junior Firpo and Miralem Pjanic at his disposal, players who would help in ball circulation while maintaining a reasonable offensive shape, Koeman decided to patch up the holes he saw in the team by adding more attacking players but this inadvertently made them bigger.

The Dutchman made the same mistakes against Getafe, bringing on Riqui Puig for Sergi Roberto in the dying minutes of the game. Not to mention he subbed on Braithwaite for Frenkie de Jong which crumbled the team structure.

What does this tell us about Koeman?

Sergio Ramos scored the penalty that put the visitors in the lead in the 64th minute. There was more than enough time, for Koeman to think of the changes that he could make which would — at the very least — last 25 minutes.

While the sample size is rather small, thus far we could say that he doesn’t seem to have a plan B whenever the team is in a losing position and that his fear of defeat impedes his judgment. Koeman had an abundance of quality on the bench but has made deplorable use of it. This stems from either out of a complete lack of trust in his players’ suitability in the team or distrust in his own tactics.

As a result, the players on the pitch, such as Griezmann – who made just a single touch in his short cameo role – were just as clueless, if not more than their manager.

Where do the improvements lie?

There is obviously an improvement in the football that the team is playing thus far in La Liga. As Jose Bordalas said, Barcelona is more direct than they were in previous seasons but this exuberance can only last so long, especially with players like Busquets who are on the wrong end of thirty. In games like this or the one against Getafe, the manager needs to have a clear and concise plan in mind on what to do whenever the team is trailing.

Bartomeu is gone, and Koeman’s fate lies in the hand of the new president. (Photo by Josep LAGO / AFP)

While he could be forgiven for a shaky start to the campaign, he will not be given a lot of time, not as much as Ernesto Valverde got, especially given a change in administration due very soon. Xavi is a clear target for most of the presidential candidates and if Koeman wants to keep his job beyond this season, then he needs to work on his squad management. This can come by shaking up the setup from time to time and showing some more faith in what is one of the best, most complete squads Barcelona has had in years.