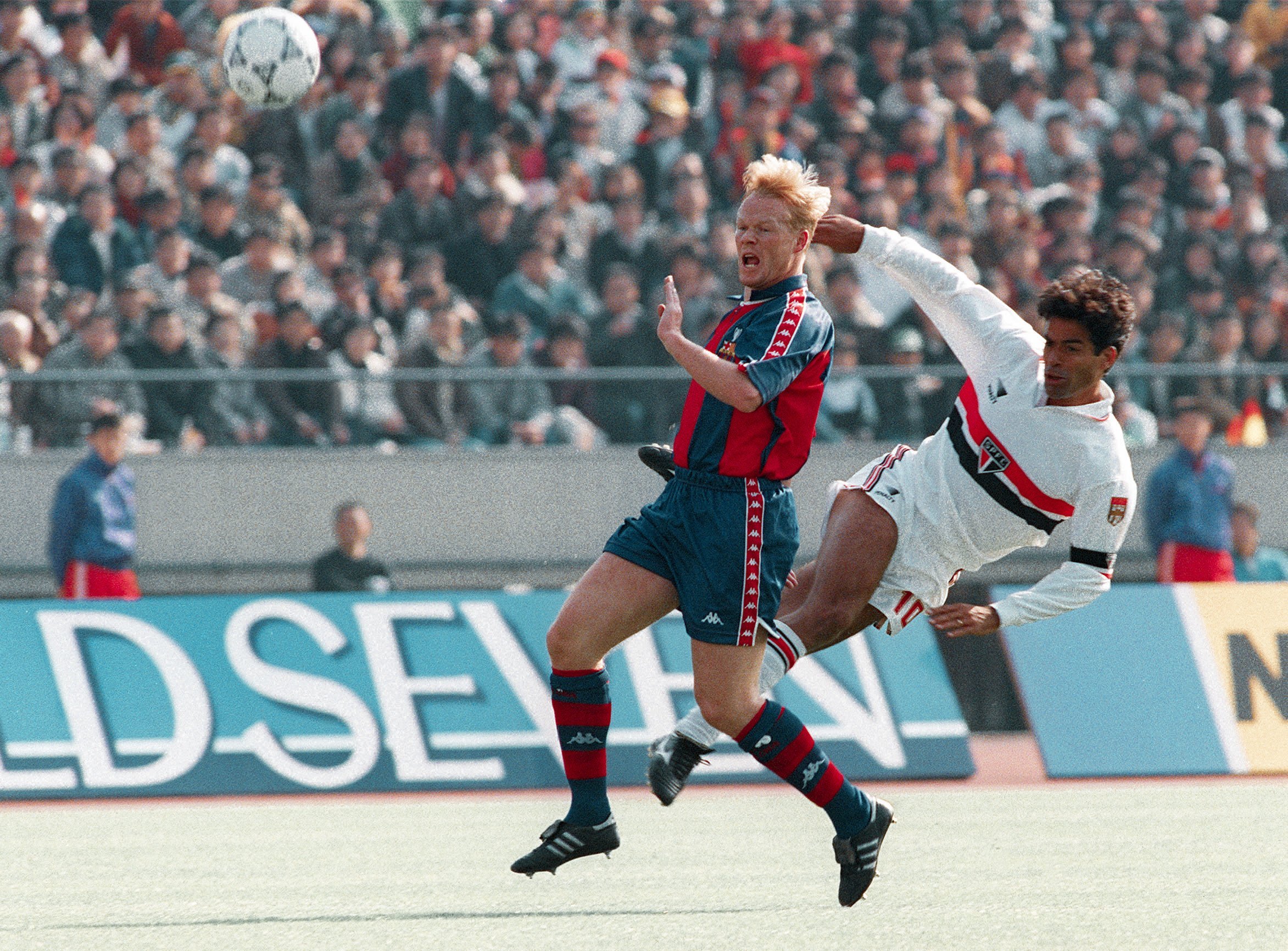 While Barça announced that Ronald Koeman would be the team’s new coach, it is for his time as a player that he is most renowned, since he became a true club legend.

Born in Zaandam, the Netherlands, and living at a time when his country was a football giant as a national team and also had one of the most dominant leagues in all of Europe, Ronald Koeman had the dream of becoming a great footballer as Johan Cruyff was as a player. Fortunately, Koeman had the opportunity to start his football career at Groningen, a well-known team in today’s Eredivise. In 1980, at only 17 years of age, he was able to make his professional debut alongside his brother Erwin Koeman, also a footballer.

Ronald quickly became an essential player on his team and was drawing attention from everyone but especially from the teams in his country, since at that time there were more bureaucratic obstacles for a footballer to play abroad. While young, he already had that attitude, dominance, and tactical intelligence that characterised him throughout his career.

Three years after his debut he received an offer from Ajax, a team where an ambitious Johan Cruyff had started his –– successful –– trajectory as a coach. There, Koeman was a fundamental piece for the Amsterdam side that was crowned league champion in the 1984/85 season and national cup champion in the 1985/86 campaign. By this time Ronald was already considered one of the best Dutch players, with only 22 years of age and one of the talents with the most potential in the world of football for being a defender who had excellent footwork and, remarkably, an unparalleled eye for goal for someone in such position. The world was at his feet.

In 1986, after two successful courses at Ajax, Koeman signed for the eternal rivals of the Ajacied, PSV Eindhoven, a club where the young Ronald lived his second-best stage as a footballer. For two consecutive years, the player was considered the best Dutchman and one of the best footballers in the world. In addition, he was able to win three leagues, two national cups, and his first European Cup in 1988 by beating Benfica.

At Barcelona from 1989 to 1995, Ronald Koeman would go on to become the foreigner with most appearances in Barcelona’s history, until Lionel Messi, Dani Alves, Javier Mascherano, Ivan Rakitić, Philip Cocu and Luis Suárez overcame him after his departure | Photo by Gerard Julien / AFP via Getty Images

While Koeman was enjoying his first European Cup, now known as the UEFA Champions League, Barcelona hired Johan Cruyff as the new coach. Influenced by Johan and seeing the way in which an entire structure had changed in just one year, Koeman signed for Barça in 1989 to become a cornerstone of the project that Cruyff was starting.

This is where Ronald reached his prime, as during this period no other defender was at his level. Barcelona not only had the best coach of the time, but also one of the best players internationally. Koeman arrived as an experienced player and became a hero and a symbol of success and history for the blaugrana entity when he scored the goal that gave Barça their first European Cup in history. After 111 goalless minutes against Sampdoria, Koeman hit another of his trademark free-kicks –– this time an indirect one –– to hand Barcelona an unprecedented trophy for them. From that moment he became the hero of Wembley.

Furthermore, Ronald Koeman was part of Cruyff’s Dream Team that won four consecutive La Liga titles from 1991 to 1994, in addition to the 1990 Copa del Rey. As a player, Ronald Koeman was unique in the world. A pivot or holding midfielder transformed into a centre-back that was the leader of Cruyff’s back three. Koeman had an outstanding ball control, ability to build up play and break lines, passing range, vision, intelligence and an enormous impact in both areas. Moreover, Ronald was a player with a character and intensity that set him apart from the rest. A tough man who always wanted to win and who never accepted the word defeat. Competitiveness to the maximum level.

Probably the most surprising thing about him is that he is the defender with most goals in football history with 253 goals in 535 official matches –– surreal numbers for a centre-back. Similarly, he is the highest-scoring defender in Barcelona’s history with a total of 90 goals. If we compare them with other legends, he has more goals than Xavi Hernández, the Spanish Luis Suárez and Johan Cruyff. The main reason for Koeman’s high numbers was his great aerial game but, mostly, his shooting power and accuracy from long range, free-kicks or penalties. One of the best set ball specialists ever.

Ronald Koeman is considered one of the best defenders in the history of football and Barcelona. He’s probably on an exclusive list with Barça icons like Joan Segarra, Migueli, Carles Puyol, Rafa Márquez, and Gerard Piqué. Without a doubt, a living legend who will now look to replicate such triumphs as a coach.