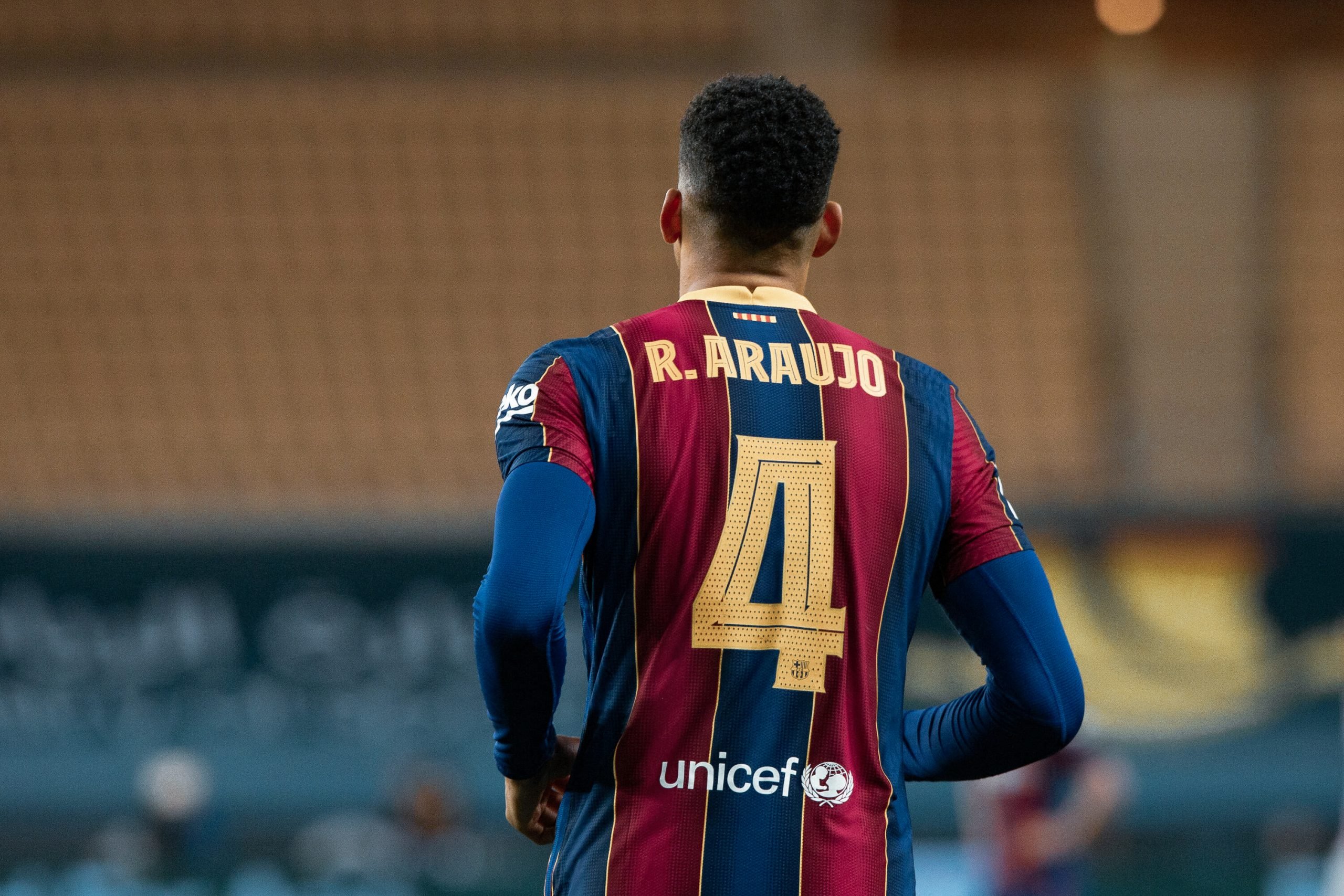 It’s difficult to pinpoint what exactly is this current Barcelona team missing. For years now, this has been a question on many people’s minds, coaches included. But despite each of them having a vision of their own, a be-all and end-all plan to bring the club back from the brink, that integral substance kept alluding them.

2020/21 and Ronald Koeman respectively are facing a rather similar challenge. One step forward, two steps back is how you may very well describe the Catalans’ current ordeal, and as the Dutchman has quickly discovered, the path towards improvement is not as straightforward as it seems.

So what does all of that have to do with a 21-year-old centre-back who is yet to play a full season as Barcelona’s starter in defence? After all, Ronald Araújo, as good and as talismanic as he may be already, cannot pull the weight of the whole squad by himself, nor is he the prophecised solution to all of their problems.

He is, however, a spark of hope in an endlessly deep gutter Barcelona have found themselves in. Of course, he is not alone on this quest as the likes of Pedri have also been a true revelation under Koeman. But there is something about Araújo that screams confidence and optimism despite his young age.

In the span of just eight days, the centre-back has already played a total of 360 minutes, putting on a display worthy of admiration in every single one of them. He is also the kind of player who shouts, screams, confronts his challenges and, if needs be, ensures his teammates are as focused as they can be, especially in the absence of the banned Lionel Messi. Remind you of certain someone yet? He should.

Of course, no one is claiming Araújo is indeed Barcelona’s new Carles Puyol but the Uruguayan has the fire, the dedication and the predisposition to mimic the great Catalan warrior and continue his legacy at the Camp Nou. Puyi is one of the greatest captains Barcelona have had in their rich history and despite never being the most skilled, the most flamboyant or the most recognised of the Azulgranas – at least not to the outside world – the defender was the heart and soul of one of the most powerful squads on the planet.

That in itself says a lot and Araújo certainly has big shoes to fill. But that’s the best thing about the youngster. He doesn’t shy away from a challenge, and this could be his biggest one yet.

Does he have what it takes to fill the void no one has successfully filled since Puyol’s retirement? Let’s not forget about Gerard Piqué, of course, but at 33 years of age and fighting injuries, he is no longer a long-term option for the Catalans.

Looking further into the future, however, Araújo may well be. In a season full of ups and downs, the Uruguayan has remained defensively solid in the face of every opponent, regardless if Barcelona ended up winning or losing the game.

Of course, there are even bigger challenges that lie ahead but knowing him, we can say for sure that he’ll meet them head-on and without fear like a true warrior would. Again, we cannot say for sure he’ll have a legacy even Puyol would be proud of, but if these early signs are any indication at all, Araújo certainly has what it takes and more.

Now all that remains is for Barcelona to ensure his development proceeds as smoothly as possible and that the defender is given the right environment to reach his potential. That also means putting the right people around him and above all, trusting him to succeed.

With Piqué’s season all but over already and none of the other defenders brimming with confidence, chances are 2020/21 could be all about the Uruguayan in the backline.

These situations can make or break a young talent him. Is he going to rise up to the occasion and continue dominating?

Only time will tell but Barcelona faithful will surely hope he does.