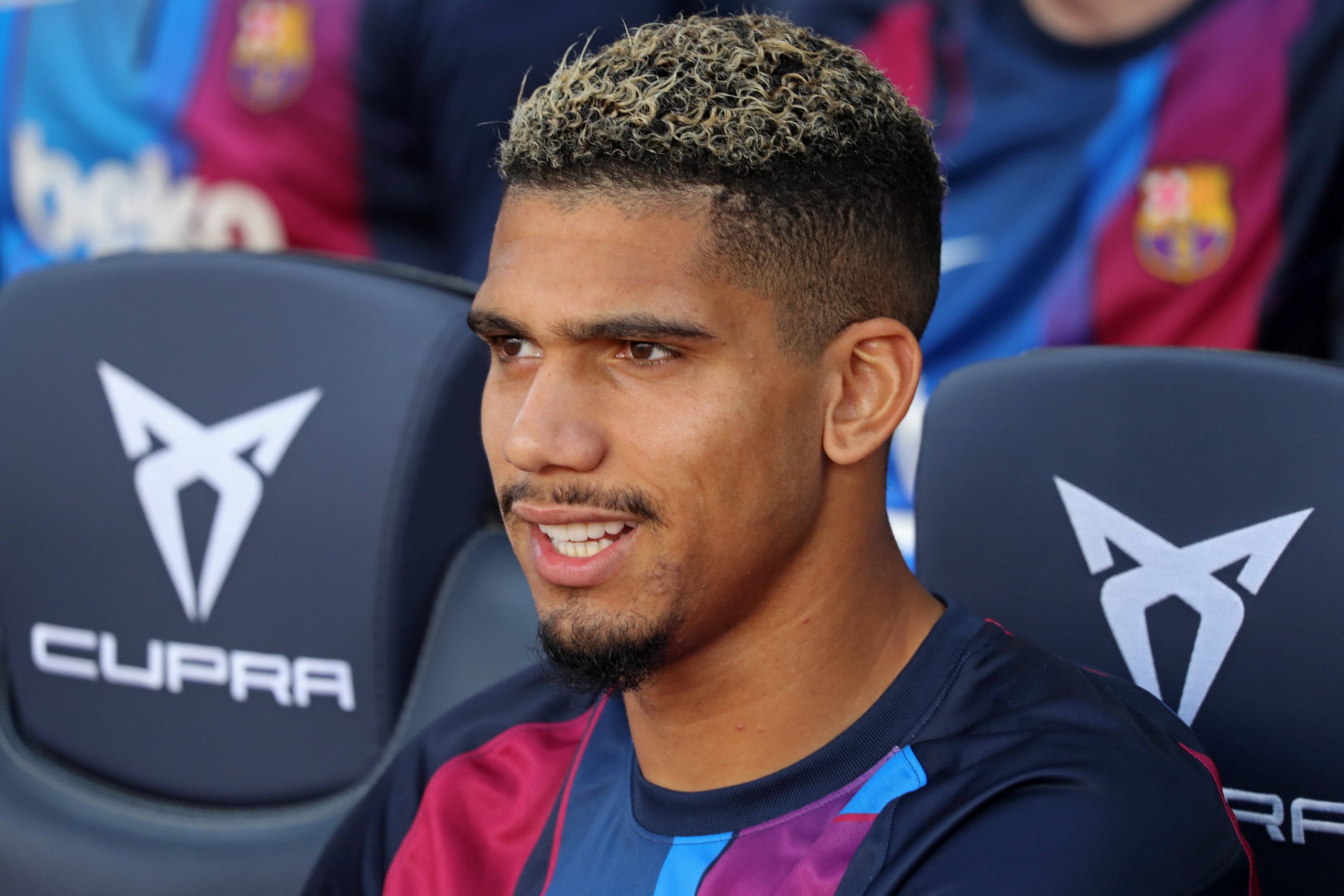 Ronald Araujo faced the press in the traditional pre-match press conference ahead of Barcelona’s awaited clash against Benfica. The Catalans lost their opening UCL tie to Bayern Munich, and are now under pressure to respond positively.

The Uruguayan centre-back has been one of the team’s most promising players this season and is expected to start on Wednesday too. Here are the takeaways from Araujo’s session with the media.

The defender was first quizzed on his relationship with Ansu Fati and the youngster’s sensational return from injury against Levante. To this, Araujo said,

“Relationship with Fati? I am very happy for Ansu’s return, we know everything that happened, the patience and the hard work in order to return.”

He then spoke about his positive start to the season saying he wants to make the best of the opportunities he gets.

“I am happy for my start to the season. I prepared well in pre-season and vacations… I know the responsibility to wear this shirt. We rotate a lot and what I want is to respond when it is my turn to play.”

On being asked the expectations from the team this year, the Uruguayan said, “We aspire to everything, we are Barça. We must aspire to all tournaments.”

He then once again praised his teammate Ansu Fati saying he has a lot of character and that he shares a very good relationship with the teenager.

“I talk a lot with Ansu, we have a good relationship. He is a great player, with a lot of character and I am happy that things turned out well for him.”

The talk then progressed to the main topic of tomorrow’s clash against Benfica. The centre-back said that the team would fight for all three points and are only eyeing the win.

“Tomorrow we have an important game and we are going there to win. We are fine, we come from a great game at the weekend and although Benfica are a great rival we have to go for the three points.”

Araujo has come under the spotlight, not just for his defending but also his ability as a forward this season. He was asked about his transition from a forward to a defender to which he said,

“The change from a forward to a defender? Sergio Cabrera saw me having qualities to play at the back and the truth is that things turned out well for me.”

He further added that he loved defending and enjoyed it. He concluded the press conference saying that the team was strong and would gun for all three points.

“The truth is that I really enjoy defending. We have a great team, very good players and we have to go to win everything.”