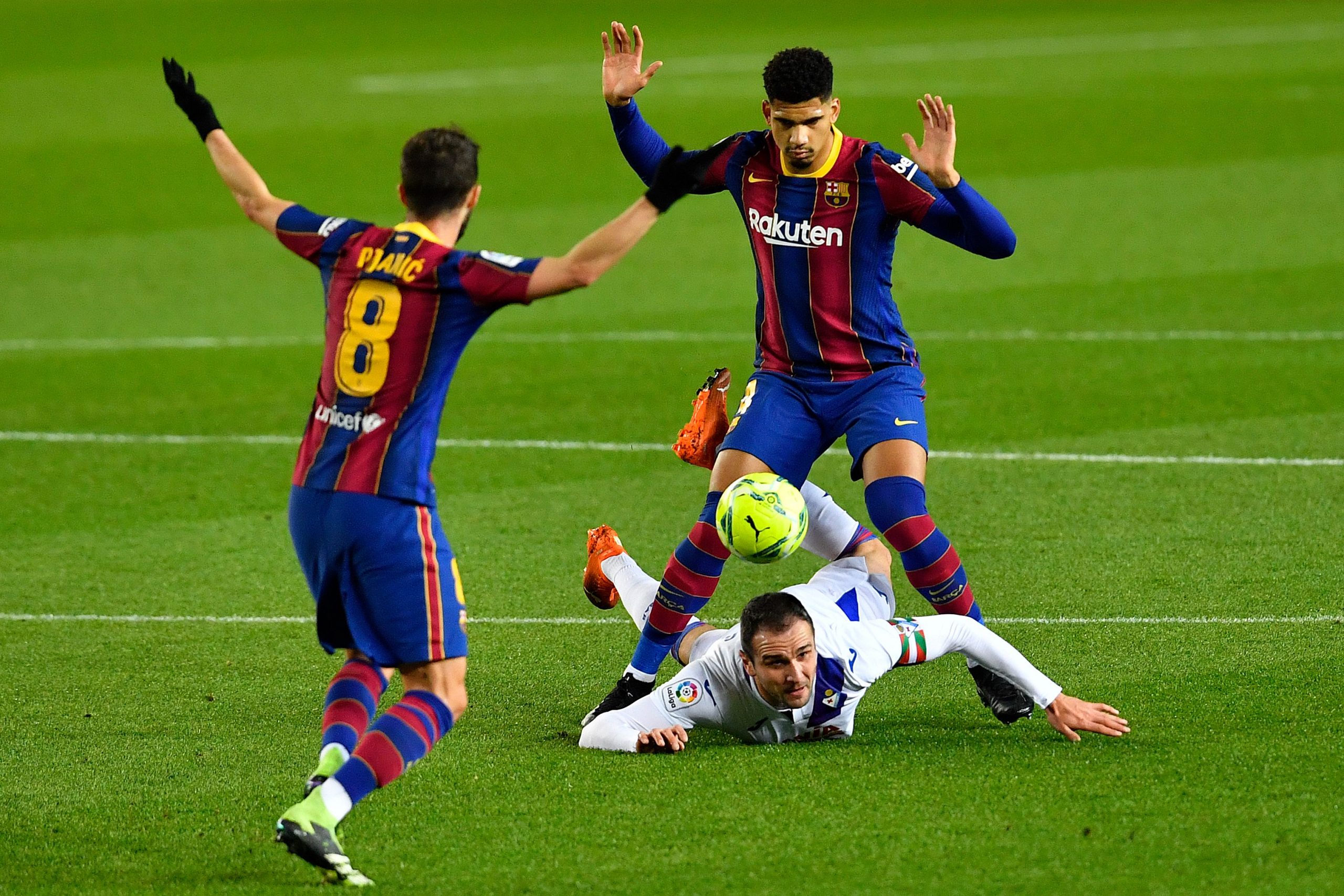 Barcelona drew against Eibar on Tuesday. The giants trailed their visitors for a few minutes due to Ronald Araujo’s mistake. This mistake is one of the Uruguayan defender’s first since his return from injury. He spoke to the media following his display (via Barça TV), reportedly with his own initiative to accept his mistake and face the consequences.

“It’s a shame. We played well, but we couldn’t get the three points.”

Barcelona have made the most errors leading to goals in La Liga this season – a total of 4 individual mistakes which punctuated the season. Barça have already dropped too many points this year, and cannot afford to lose any more in a silly way.

“I need to be quicker in passing the ball back to the keeper. The moment was too quick and I should’ve kept my concentration.”

“I take full responsibility for the mistake. It’s a lack of concentration. It’s a shame, but now we have to lift our heads and move on.”

A few games ago, Araujo showed a brilliant performance – as if he is the best defender in the world. His goal against Valencia got him deserved praise after a great run of form. Sadly, on Tuesday, the young centre-back won a penalty that Martin Braithwaite missed but made the error that led to Kike’s goal.

Araujo ended his words saying that they need to keep working hard:

“We have to continue working hard and fighting till the end.”