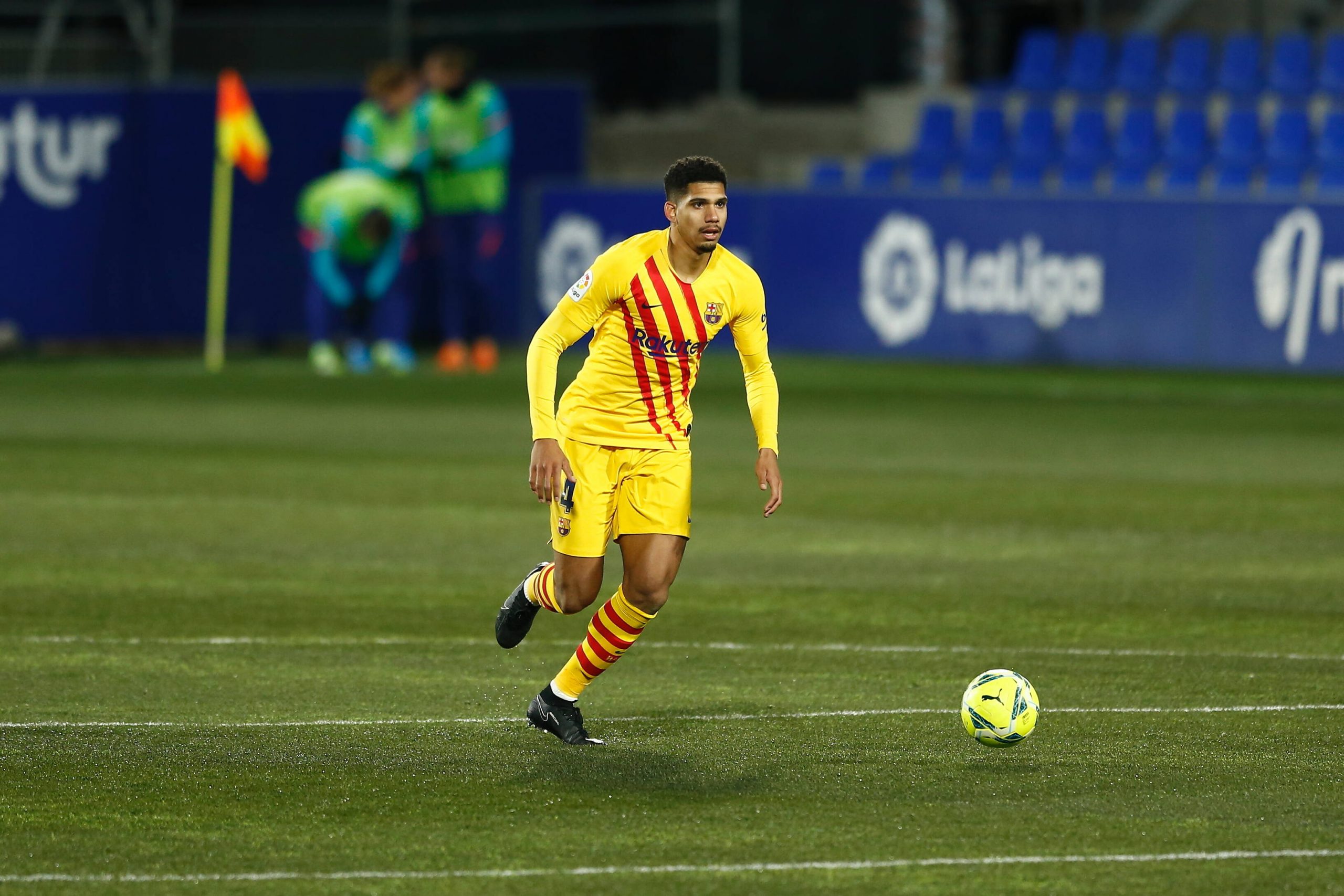 From a fill in for Gerard Pique and Clement Lenglet to becoming a staple, and a crucial one at that in the Barcelona starting XI, Ronald Araujo is enjoying a dream breakout season. Araujo made his debut not before last season, but his rise since has been meteoric.

So much so, that his handful of appearances last season were deemed enough for him to be rewarded with a first-team number this season. That decision has been more than ideal, as the Uruguayan continues to exceed expectations with every passing game.

In an interview with EFE, Ronald Araujo explains how this season has been for him and what more we can expect.

On marking Lionel Messi: “It’s complicated, but it’s nice to mark him in training. Before some games I think: ‘If I mark Leo in training, nothing in the game will be more difficult’ (laughs).”

On Gerard Pique: “I admire Piqué a lot, especially the way he releases the ball and his control of it which is what I lack. Also, the experience he has. He might not be very fast, but he’s always there. He’s very well positioned and he wins many aerial duels because of how well he jumps.”

On his growth at Barcelona: “Since I arrived at the club, I’ve had to work hard on releasing the ball. It’s not that it costs me, but I came from Uruguay with a different style of football. And since I signed for Barcelona, it’s something that I’ve always kept working on.”

On an obsession to improve: “I consider myself a player who likes to work a lot. I analyze all my games, all my rivals and especially the things that don’t go so well. And, if I have to stay for a while after training, I stay because I believe that improving is a must.”

“I have to work hard at Barça so that I can have more opportunities. The character thing is something that I have had when I was little. Imposing, helping the team. I like talking on the pitch, I am talking the whole game. It is a way of being more focused, and that I think helps me and also the team.”

On a possible contract extension: “I have a contract until 2023 and I don’t know anything about the renewal. My agent is in charge of that, and I am focused on the games, we have to play one game every three days.”

On his feelings about the national team: “I feel very happy, because for me going with the national team was a very nice dream. Now, I dream of competing in the next World Cup, and I would also like to play in the Copa América next year.”

On title opportunities this year: “We are Barça; it cannot be said that we cannot fight for any title. We have a team for that, we are prepared, we are alive in all competitions and we are going to fight for everything.”

On the discomfort during the warm-up before the Granada clash: “I feel good and ready to play.”