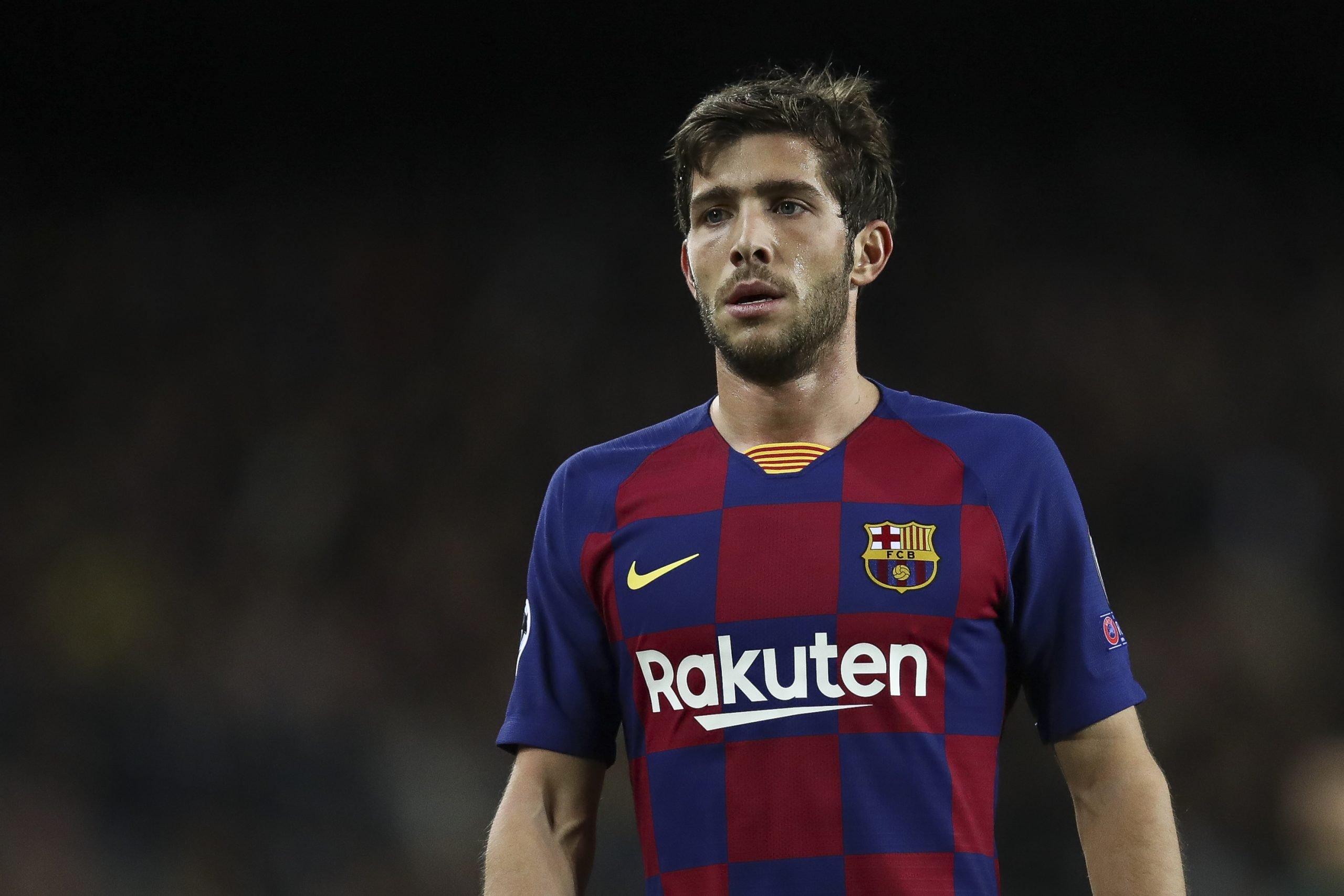 Sergi Roberto spoke in an online interview with Ara. The Barcelona right-back has answered various questions, from the Lisbon disaster, to Messi’s situation with the club. Below, you can find the interview.

A new season begins when it has just been a month of 2-8 against Bayern Munich. Is the mourning still going on?

Inside, yes. It’s hard to forget that result, but now that we’re starting to compete it will be a little bit in the past. Now, we must not forget it completely, as it will surely make us stronger during this campaign.

What happened in Lisbon? How do you explain now, a month and a half later, why everything went so wrong there?

I do not know. It is difficult to find an explanation. At the beginning of the match we were tying and we scored a goal. That should have changed the dynamic, but it did not. They scored the second quick goal and then we sank. In the second half, with such a wide result, it was very difficult to comeback. We also went through Anfield (4-0) and Rome (3-0). Psychologically, we were very affected and we did not know how to overcome it. Bayern were favorites and played like a bulldozer, but I trusted our team. Player by player we were no worse than them.

After 2-8, how did you feel in the locker room? Were there words of consolation?

I just had an anti-doping test at the end of the match, and when I finished there was no one left in the locker room. But from what I was told, no one said anything. Total silence. We were all devastated. Then, at the hotel, I did meet up with my mates. And the same: silence. We didn’t know where to put ourselves. But hey, now begins a new season in which we will have to prove that we have learned from what happened in Lisbon.

After that match, names of possible casualties began to emerge. Were you afraid to be left out?

No one could be quiet. Besides that, the market is shorter than usual and there are fewer transfers. I would have understood that they told me they didn’t count on me, but from the first moment they reiterated their trust in me. I’m really looking forward to starting the season.

Why do you think Barça continue to trust you?

That’s not a question for me [laughs]. What I can tell you is that, despite having gone through to Rome, Anfield, and Lisbon game, I give my all in training and matches and I always look for the good of the team.

Do you understand that legends like Luis Suárez should be left out in order to change things?

I, as a team-mate, would have liked him to continue. But in the end, we don’t make the decisions. They do it from above and it must be respected. However, Luis has made history and has been a key piece in the titles we have won lately.

You’ve been very affectionate with him on Instagram. Do you think that this affection that you have shown him has been lacking on the part of other people?

I don’t know how the conversations between Luis and the club went, but it is true that he could have been notified with more time and not with a phone call. In addition, it is a pity that he has not been able to say goodbye to the public.

Did you know that Messi had asked to leave all last season?

I didn’t know anything about it. And when the news started coming out [the burofax] I couldn’t believe Leo didn’t want to continue. I wished it wasn’t like that. With him, we are stronger and I celebrate that in the end, he has stayed at the club.

Did you write to him via WhatsApp when you found out about burofax?

I know what those moments are like. So many things go through your head that it doesn’t help to receive a lot of messages. It is better to leave the person who has to make the decision alone.

Suárez said: “A player must accept that he must leave when a club asks him to, in the same way that a club must accept when a player asks the club to leave.” Do you agree?

It is a very complicated situation. The player looks after his interests, and the club, too. It is difficult to reach a balance in which everyone is happy. The club wants to make money and the player, the best for his future. But Leo’s case is special. He has been giving his all for this t-shirt for 20 years.

Do you see him motivated about the new project? On Friday he harshly criticized Suarez’s departure.

It is normal. For Leo, Luis is like a brother. They were together all day. It didn’t feel good to see him leave when he didn’t want to. I hope that with the days it gets better and that we can count on Leo to win the titles. In the end, it’s like when you break up with your wife or your best friend. They are complicated processes.

Can he be persuaded to renew and end his career at Barça?

He said he would only stay one more year, but if we play well, the sensations are good and we win titles, who knows he might change his mind.

Why has a pure full-back like Nélson Semedo never taken your place? Is it so difficult to cover this position at Barça?

Being a Barça player is complicated. We have seen a lot of players coming to the club as stars and then not adapting to play against very close rivals or leaving a lot of space behind. Nélson has performed at a good level, but the club has decided to sell him. I thank him for the healthy competitiveness we have had. We have always tried to help.

Do you know Sergiño Dest?

I haven’t seen him play much, really.

What does Ronald Koeman expect from you?

He has given me very good feelings. The game system has changed and the training sessions are tactical, to fix aspects of the game in relation to last season. Expect the best from me and the whole team.

Do Riqui Puig and Carles Aleñá do well by insisting on staying when the coach has already told them that they will not play much?

From my personal point of view, I say yes. I was in the same situation as them in my early years, in which I didn’t participate much, and in the end, then it was my turn to play more, even if it was in a different position. [Riqui Puig and Aleñá] have a lot of competition, but the season is very long and I am sure they will have opportunities. And when they have them, they will have to take advantage of them.

As a player of Barça, how do you interpret that more than 20,000 signatures have been collected to vote against the president?

It shows that there are a lot of people who are unhappy with how things are being done, but I am a player before a club member. That’s why I have to focus on football. I prefer not to get into too much discussion with the rest of the club’s issues.

I was wondering why in recent years the relationship between the dressing room and the board has not been the best.

It’s like any business. Things will go better and you will perform better if there is a good relationship between all the employees.

We are still in a time of pandemic. Do you miss more efforts in Spanish football to get people back to the stadiums?

It is strange to play without an audience and I understand that now the highest priority is health, but this week we have already seen the European Super Cup with people in the stands. If things went well there, maybe you could try to do the same here. Gradually putting people in the fields, complying with health measures… We prefer to play with fans.

That brings an end to Sergi Roberto’s interview.