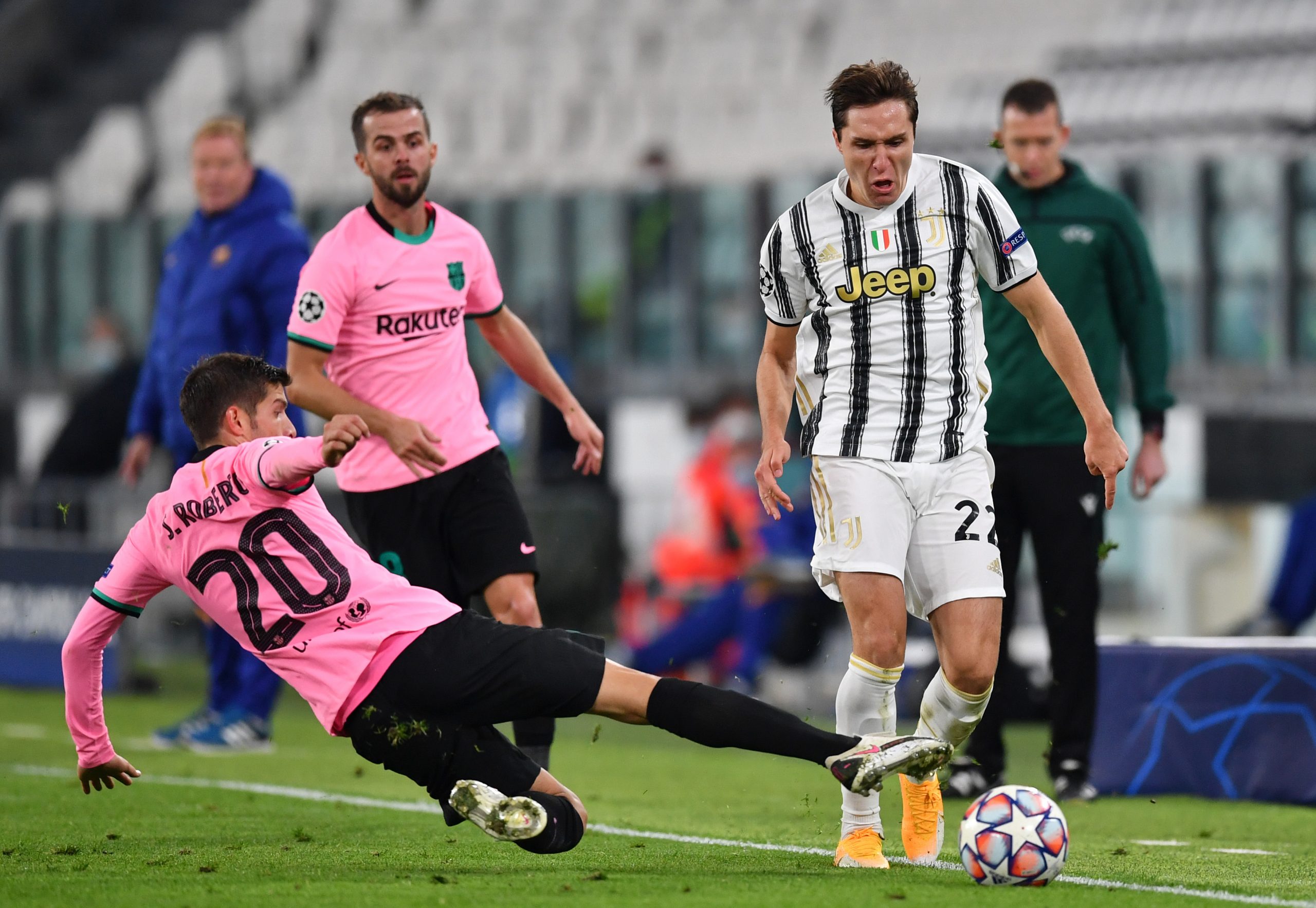 A day after Josep Maria Bartomeu departed Barcelona, Ronald Koeman’s men delivered an exquisite performance at Juventus’ ground. The Blaugranas were thorough and dominated the game. Nonetheless, their lack of finishing was appalling, and they could have scored more than two goals. Demiral’s red card is a testament of Juventus’ players getting fed up with their opponents’ domination.

Sergi Roberto started in this game and held a post-match press conference. The Spanish right-back responded to many questions, and especially the ones concerning his former president.

Asked about Bartomeu, Roberto reckoned that this win is the best response to Bartomeu’s resignation. He also added that the players went through this situation before the game. It was clear that they played with much more confidence and happiness, especially the unhappy Leo Messi. He proceeded to say that the fans and the players care more about wins. Perhaps, the fans’ anger after El Clasico became the team’s motor today.

“The fans and we want to win games. We went through this and our best response was today’s game.”

Sergi Roberto after the win in Turin

Roberto also went through the return of the team’s spirit. Complementing his side’s excellent game, the defender conceded that everyone shared the spirit. A great sight for Barça fans. Roberto also emphasised his team’s performance, saying that they “played a great game.” He also acknowledged that his teammates could’ve been more clinical. However, Roberto also thinks that these chances will eventually go in. After that win, Barcelona are on top of the group and have to shift focus towards the league now, however.

Sergi Roberto also stated that the team do not deal with the board’s antics. According to him, the team tries to stay out of those shenanigans. He’s not wrong here as the players have given everything in the past five years despite Bartomeu’s disastrous tenure.

“What happened with the board is not our business. We try to keep ourselves away from these matters and focus on football.”

Sergi Roberto after the win in Turin

This win is the best response ever. The players have shown that the board’s crisis is not theirs. They can now play the next few games with this kind of desire. Special mention to Ronald Koeman who put a great lineup and had to deal with Ronald Araujo’s injury at half-time. Great team performance, great response.