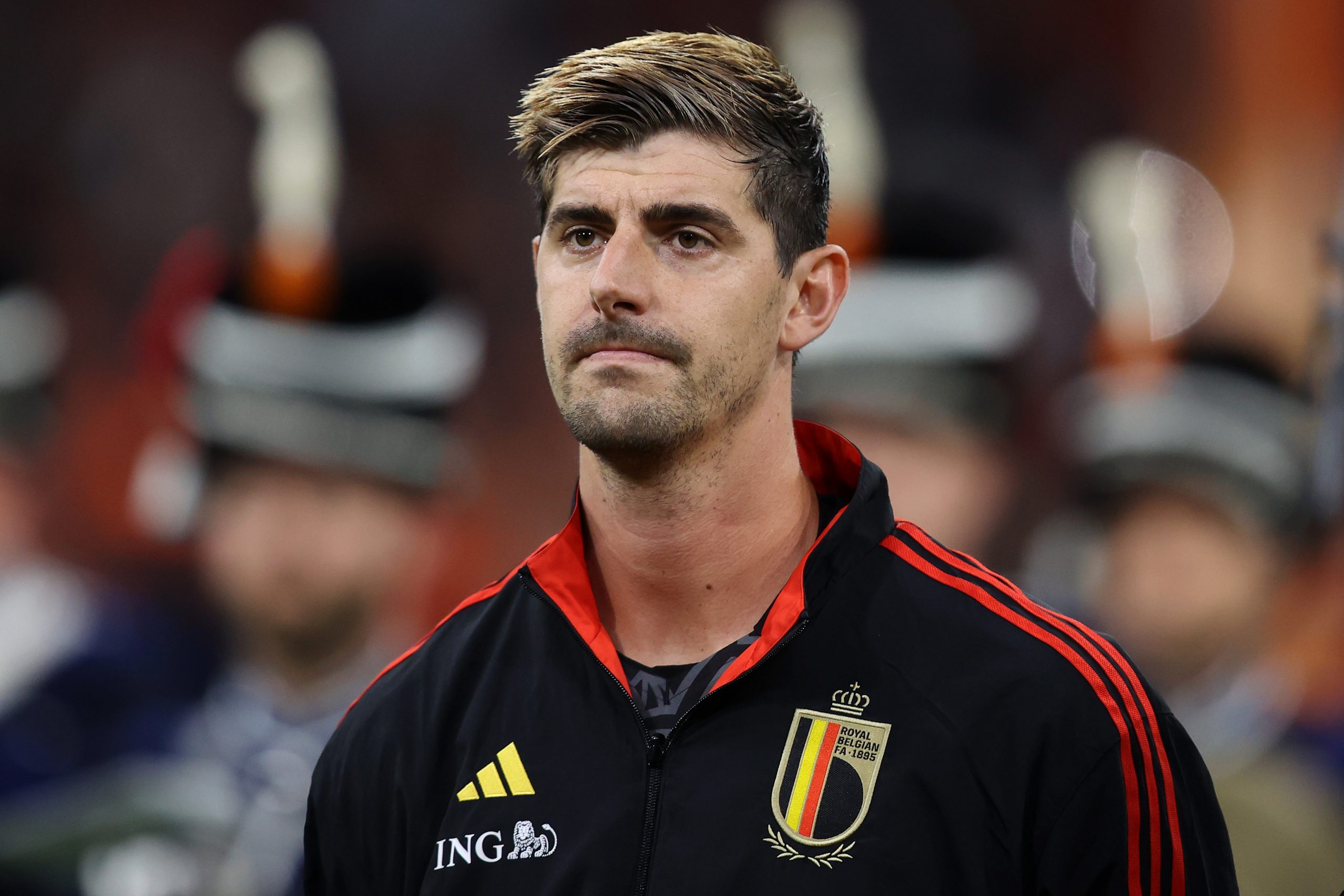 The title race in La Liga is as exciting as it can get. Seven games into the season, Barcelona sit atop the league standings with 19 points while Real Madrid are second with 17. Notably, Los Blancos have a game in hand over their arch-rivals.

With the race so tight, El Clasico becomes altho more important. A win for Barcelona on the big stage would see them leapfrog Real Madrid. However, any other result will see Ancelotti’s side maintain their lead.

With the Clasico just around the corner, Real Madrid have officially announced that Thibaut Courtois is out injured with sciatica. His setback sees him ruled out of the next three to four games. Yet, he is expected to return in time to face Barcelona on October 16th, according to Carlos Rodriguez.

This comes as a big blow to Ancelotti’s plans given that the Belgian has been one of the backbones of Real Madrid. Be it the Clasico or the big Champions League games, Courtois has always come up clutch for the Spanish side.

As it stands, the Madrid-based side are not expected to miss any of their players for the game against Barcelona. However, the scenario is not as smooth for Xavi’s men.

The Blaugranas will be without Ronald Araujo, Jules Kounde, and Hector Bellerin in the backline as all three defenders face a race against time to recover.

When the two sides met in preseason, Barcelona emerged victorious courtesy a glorious goal from Raphinha. Further, the last official game between the two Spanish giants also ended in a 4-0 win for Xavi’s side.