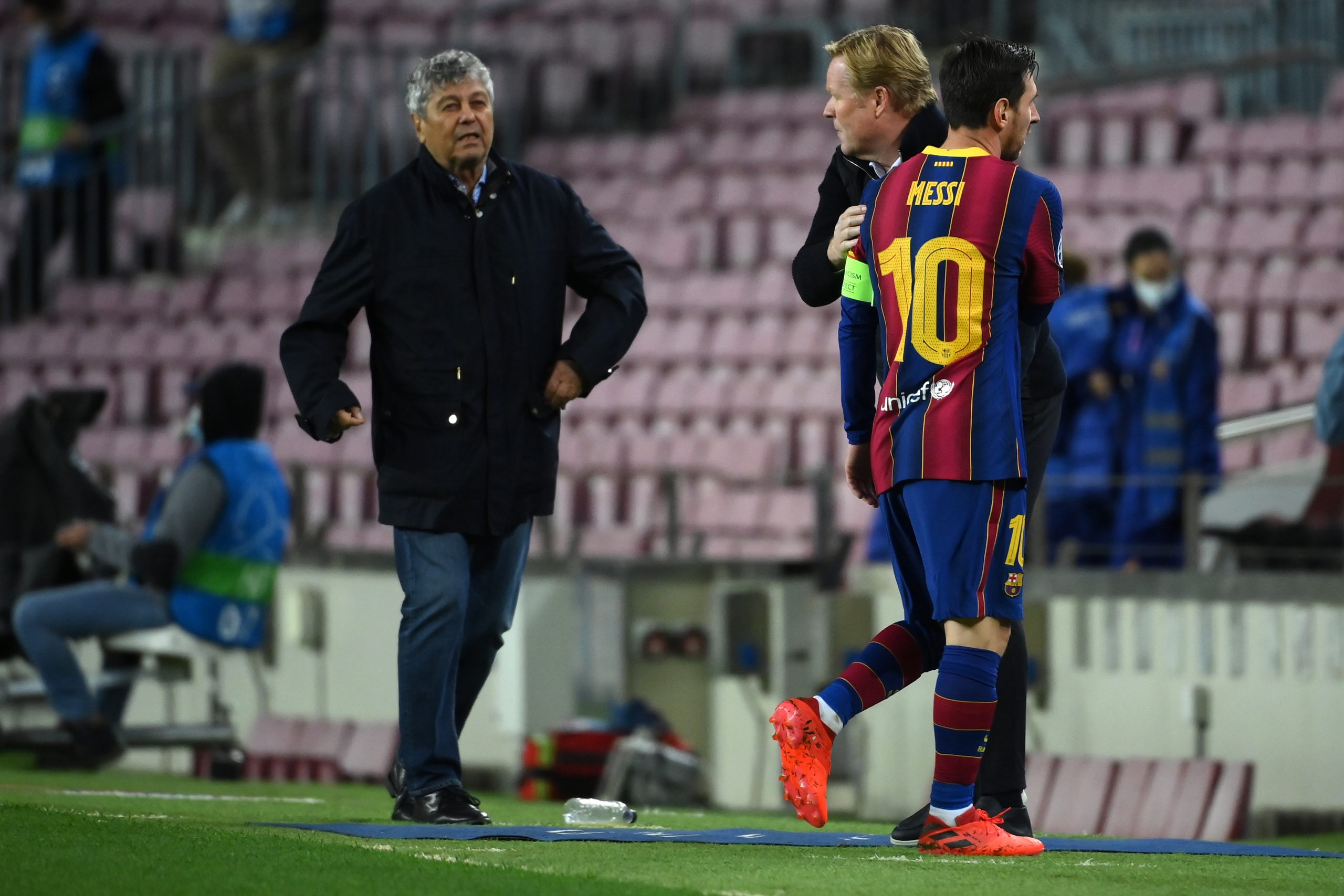 It was not a pleasant outing for anyone at Camp Nou yesterday, barring Ruslan Nescherat, who produced multiple magical moments to keep Dynamo Kyiv from conceding more. One of the 12 saves he made came off a Lionel Messi free-kick, which looked destined to bulge the back of the net as it paved its path into the top left corner.

Apart from the free-kick, it was a frustrating night for the six-time Ballon D’or winner. While he constantly found himself in space before receiving the ball, it would not take long for the Kyiv defence to double, or at times even triple mark him. That said, Messi still managed to be one of the difference-makers on the night, winning and scoring Barcelona’s opener from the penalty spot and then winning the ball back that led to the second goal.

After Michael Oliver called curtains on the heated affair between the two sides which ended 2-1 in favour of the hosts, Mircea Lucescu, manager of Dynamo Kyiv could not help but approach Messi to ask for his shirt after the game.

The Argentine, being the ever-humble presence he is, could not deny, and reportedly told him he would get a fresh one for him from the dressing room, keeping in mind the Coronvirus protocols. Another moment of brilliance for Messi’s ever-growing portfolio of greatness and treasured memorabilia for Lucescu.