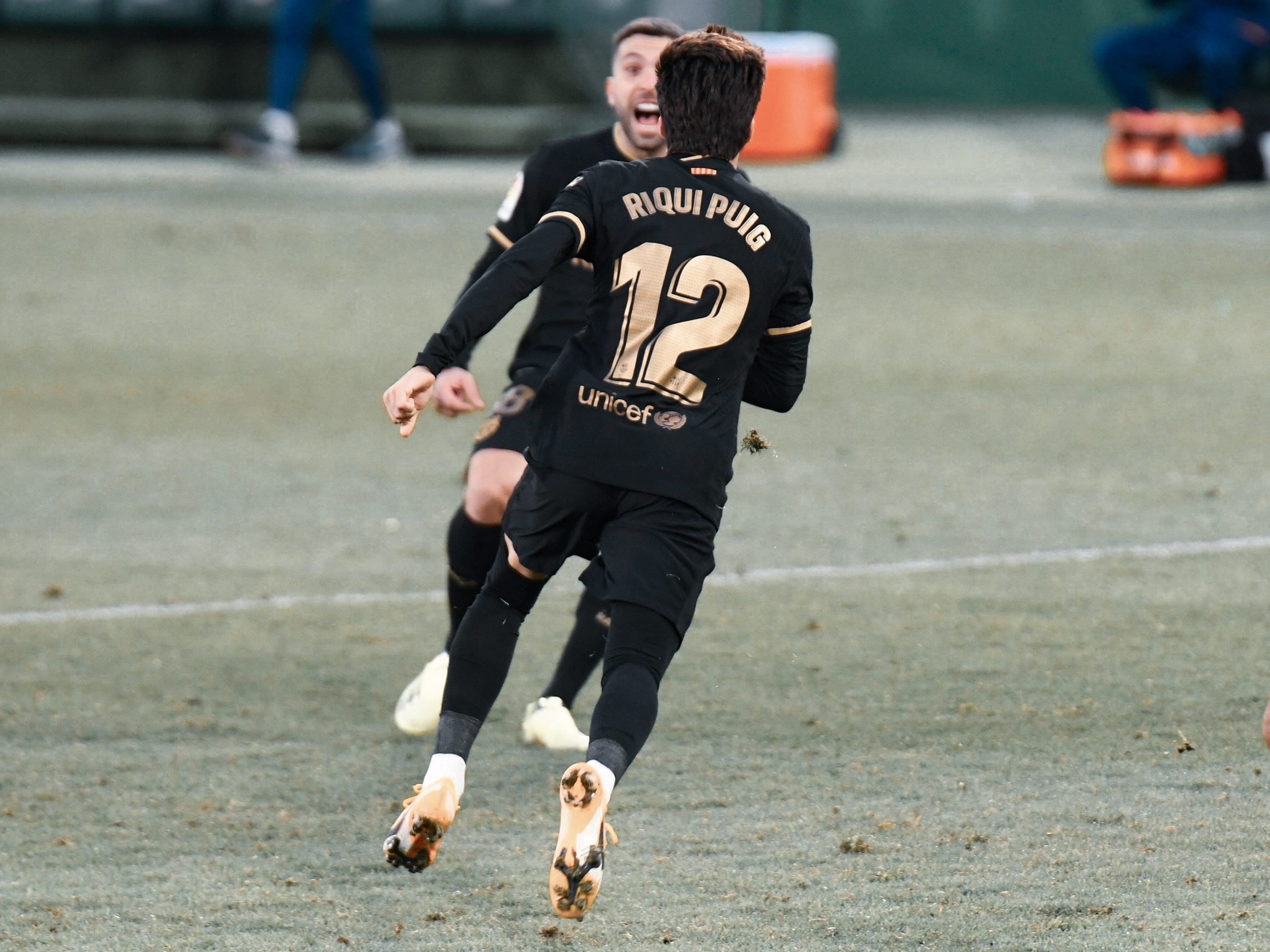 It is rare for a player who does not play regularly to get as much attention as Riqui Puig gets at Barcelona. Truth be told, countless players regularly feature for their sides and yet, don’t get talked about.

The reason for this disparity is difficult to pinpoint yet simple to explain. For beginners, the Barcelona faithful have a special place for the academy graduates. Youngsters working their way up the ranks often tend to have a reserved spot in Culès hearts. Yet, Riqui has been one to get profound sympathy because of the gross injustice he has had to deal with.

On the surface, it appears very clear. It is the case of a young and talented midfielder who is passionate and devoted to the club that nurtured him. The lad has the hunger and the talent to succeed in Catalonia. Whenever provided an opportunity, he has struck gold. Moreover, he has provided match-winning assists coming off the bench this season. Flashback to the Quique Setien era, the youngster singlehandedly carried the creative duties of the side for a long time. Watching that ever-smiling face get slowly but surely sidelined is heartbreaking.

In the first 17 league games, Puig featured for a bare four minutes. Things looked to change on Matchday 18 when Barcelona took on Granada. Over the next five games, there was a steep rise in chances for the midfielder as he recorded 177 minutes. This included a full game against Alaves.

However, the worst was to come. From matchday 26 up to 29, his contribution came to a sparse 16 minutes. Since the game against Valladolid, Barcelona have taken the field six times. Not once has the youngster got off the bench to warm up, a clear sign of disinterest from the coach.

To Ronald Koeman’s case, he had made his intentions clear very early in his tenure. Riqui Puig was asked to go out on loan for the season to rack up experience. However, it was the starlet who refused, stating his intention of staying and winning his place. The gamble backfired on No.12. While one would expect such hunger to be rewarded, Puig was provided with the opposite treatment. While other youngsters, including Pedri, Ilaix Moriba, Sergino Dest, Ronald Araujo and Oscar Mingueza, have had career-shaping seasons, Puig has had to sit in the darkness.

Over the season, innumerable reasons have come out to justify this injustice. Disinterest in training sessions, supposed team information leaks, personal rivalry, and poor physique are just a few of the countless theories.

Barcelona have played against a vast diversity of oppositions. Every game comes with a new set of challenges, and every rival coach comes with his own unique approach to the game. There have been sides that sit deep to frustrate the Catalans. At the same time, there have been oppositions who have attacked from the get-go.

Amongst these challenges have been so many that cried out for the qualities of a creative midfielder. There was a desperate need for a young, fresh pair of legs that could distort defences and open up lines. There was a need to add up a little disorganisation without compromising on the buildup. And the answer was there all along on the bench. A silent masked and desolate-looking face sitting quietly: Riqui Puig.

Whatever be the manager’s agenda against the player, Barcelona’s title hopes must always be the topmost priority. When Sergio Busquets walked off the field injured, Barcelona well and truly lost control of the game. Frenkie de Jong pushed into a deeper position, and substitute Ilaix Moriba struggled to make an impact. The tempo of the game slowed down, and Barcelona found it hard to transition from defence to attack.

The situation once again cried out for Puig. The youngster may not have been the perfect solution, but he would surely have definitely made a difference. With his agility and skill, he could improve transitions to the attack. Most importantly, Barcelona would be able to open up lines. The Spaniard had a stellar performance against Atletico Madrid last season but was once again not even called to warm up, while Sergio Roberto continues to get minutes despite making no difference.

Having a set of established players in a squad is important for any side. Every world-class team has a set of players who do not start regularly. However, they must be called upon when the situation demands. Having the solution under one’s own roof and yet not using it is something far beyond a trend or a mistake. It is an agenda directed at the player. And that is not healthy, not for the present nor for the future.