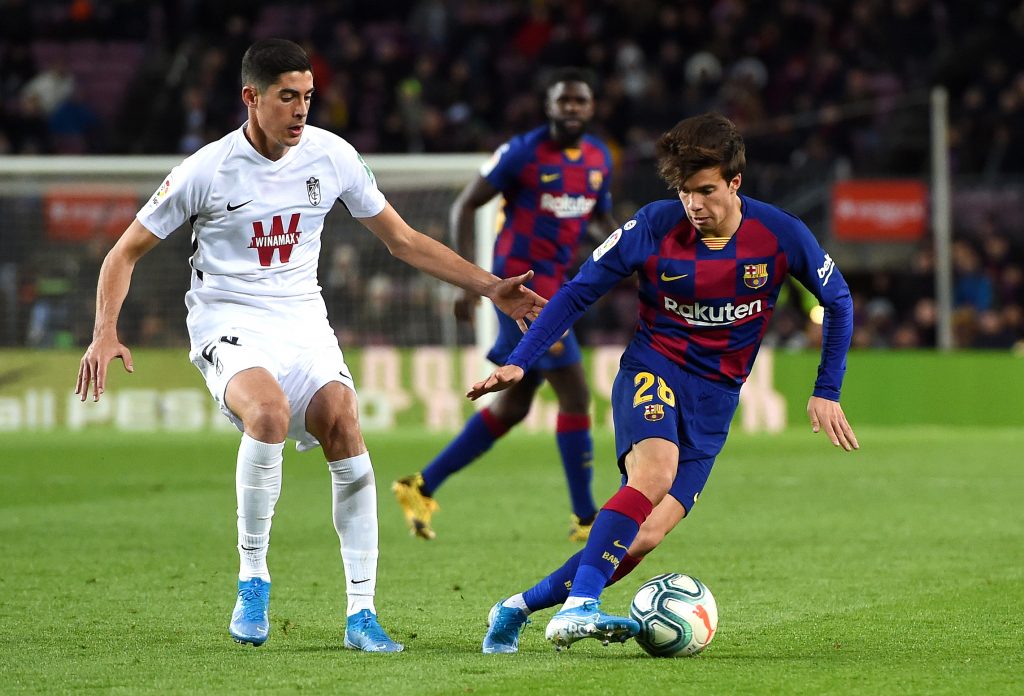 Even though it shouldn’t exactly come as a big surprise, Riqui Puig has been brilliant for Barcelona this past couple of games and it seems that he will sign a new contract with the Catalans.

At least that’s what the ever-reliable Fabrizio Romano is reporting and if he is to be believed, the young La Masia gem is indeed close to extending his loyalty with the Azulgranas. However, we still don’t have any details on the new and improved deal but that will surely follow shortly.

But as a whole, this must be brilliant news for both the club and the fans, who are all mostly on the same page – the young midfielder seems like the future of Barcelona and should be treated as such.

More recently, Quique Setién has finally given him a bigger role in some of the games, and even though the results haven’t always been ideal, Riqui Puig has been immense in the middle of the park, and the fact that he will sign a new contract with Barcelona is completely warranted.

Of course, we all knew the talent, the potential and the sheer ability were always there. After all, Puig is Barcelona personified and represents the true values of both the club and La Masia with his technical skill, immaculate first touch, positional awareness and sky-high footballing IQ.

People will tell you that he’s far too slim and small but when has that ever stopped a Barça midfielder from dominating the games? In the Catalans’ eyes and the eyes of their fans, Puig is a giant. And rightly so.

With him at the club, the future surely looks a bit brighter.