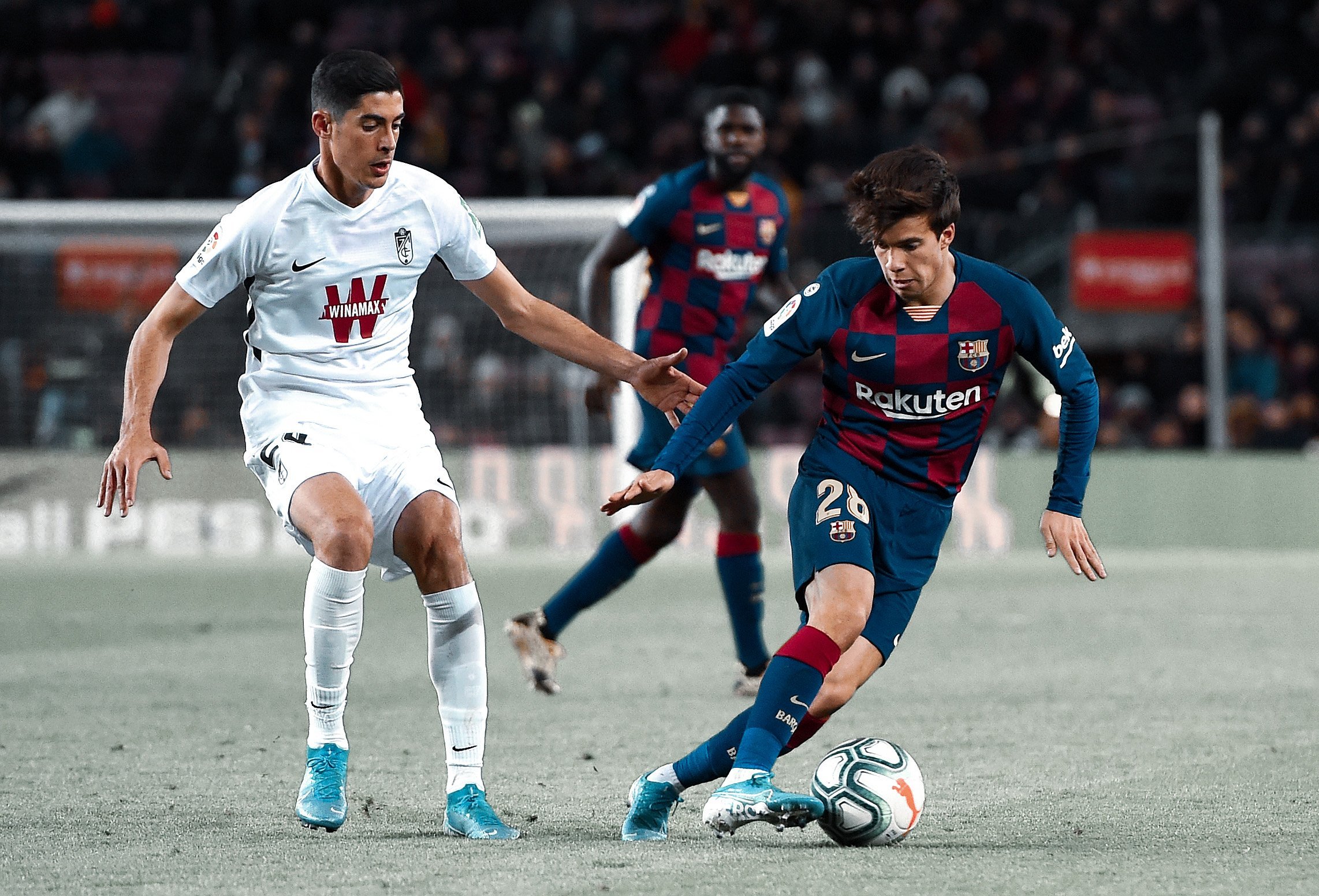 While Ronald Koeman has other options in mind, Riqui Puig has decided to stay at Barcelona for another year. Still, the message sent by the club and coach is disappointing for the youngsters.

The thing about the circus is that it never ceases to surprise you. You barely have time to reflect on what you have seen before the next bizarre and astonishing thing is demanding your attention. And that’s exactly how it feels at Barcelona at the moment.

Although the morality of both have come into question in recent years, it is the succession of absurd events which Barcelona appears determined to mimic. Barely had the dust settled on a historic motion of no confidence against the board, plunging the entire direction of the club into doubt again, when journalist Gerard Romero of RAC1 reported that Ronald Koeman had told Riqui Puig that he should look for an exit. On rolled the circus.

Twitter meltdowns have become something of a specialty subject for culés in recent years and this was the latest episode – yet this time the journalists seemed almost unanimous in their distaste too. An overreaction? Even prospective presidential candidate Víctor Font felt compelled to react to the news – “another example of why it is imperative this club has a new project as soon as possible”. The consistency of opinion indicates it is not.

Koeman would later water down his own words claiming that he suggested thee young Riqui Puig seek a loan, rather than leave outright. “He has a future here” caveated the Dutchman, but not an immediate one apparently. Twitter reaction, press criticism and the words of an opposition candidate are all predisposed to condemn an under-pressure board and manager. Yet this decision is so baffling that even the most single-minded Grupo Godó journalist would struggle to defend it. To discard Barcelona’s brightest prospect, alongside Ansu Fati, just makes no sense.

“It’s not true that [Riqui Puig] is not in our plans. I spoke to him yesterday. I speak to the young players – they have to play. They can’t not be playing. Him, [Carles] Aleñá, Pedri…I have told them that it’s difficult for them and there’s lots of competition. Nothing more. I have told [Riqui Puig] that he has a future here, but it depends on the player. I would recommend that he went out on loan. At 20 years of age, the young players have to play. They can’t get stuck for a period of time”

Ronald Koeman, after leaving Riqui Puig out of the squad for Saturday’s Trofeu Joan Gamper against elche

Of course, Koeman is right. The competition in his positions will be ferocious this season. In a squad which has so often found itself on its knees by April, handicapped by a lack of depth, Koeman has an abundance of midfielders. The 4–2–3–1 formation appears non-negotiable in an attempt to extract the best of Frenkie de Jong. Miralem Pjanić, Sergio Busquets, Sergi Roberto and Carles Aleñá will compete for the place alongside him. The mediapunta contest further ahead includes Barcelona’s most expensive player ever, their third most expensive player ever and one or two more.

On what basis Koeman is so certain that Puig wouldn’t even come second in either of these contests demands some explanation. Despite Puig’s smooth performance in the first friendly against Gimnàstic de Tarragona alongside De Jong. Despite him playing the mediapunta role so successfully against Atlético de Madrid last season.

Koeman’s great virtue was supposed to be that he would impose a meritocracy once more, that reputations were no longer important. Yet he appears to be continuing the recent Barcelona tradition of distrusting its own academy products. Following a policy which would have left football without its current best right-back, Trent Alexander-Arnold, or Koeman’s own favourite jewel, De Jong.

Riqui Puig brings virtues that are sorely lacking in this squad too, which was evident in the improvements last season whenever he played. Hunger, aggression, mobility and tempo – an obsessive desire for a hulking physical presence in midfield makes sense to a degree, yet nobody has demonstrated these qualities more than the minute man from Matadepera. For a club that so recently said goodbye to Xavi Hernández and Andrés Iniesta, to doubt him due to his supposed lack of defensive capabilities bends the mind beyond comprehension. It also ignores the fact that what he does on it, he does better than anyone else.

It wasn’t just that he looked at home in the first team when called upon, he stood out. His manipulation of the ball and the opposition in tandem suddenly changed the rhythm of games for Barcelona, the increase in speed also parallel to the increase in threat. Because of his supreme understanding of space, teammates began making runs again and, consequently, the pitch increased in size as Barcelona were once again capable of using all of it.

Aggression isn’t purely a defensive trait either. The blaugrana squad is one of the most experienced in Europe but also one of the most risk-averse. Scared of their own weaknesses off the ball, as a general rule, only Lionel Messi attempted dangerous passes last season. The result was that Barcelona were far less dangerous for the opposition too. What Riqui Puig and Ansu Fati brought last season was a fundamental belief in themselves as footballers rather than just aides to Messi, taking on responsibilities neglected by their seniors time and again.

Last season the young midfielder was held up as a sign of all that was wrong at the club. Virtuoso performances for the B-team were ignored in favour of a labouring midfield by Ernesto Valverde. The excuse for his omission was that he was untested at that level. Quique Setién did facilitate his introduction into the first team and duly employed him to great effect in the final stages of the season. Finally, it appeared he had broken the glass ceiling, he had definitively shown his value to the first team.

This made the non-selection of Riqui Puig and Ansu Fati in the Champions League, where Barcelona seemingly had little to lose, so maddening for fans. Whatever they did have to lose, they lost all the same against Bayern Munich. Any excuse for not starting Riqui Puig or Ansu Fati was obliterated that night – and yet Koeman, without any tangible reason, has decided to trust seven or eight others but not Barcelona’s best midfielder after lockdown.

It’s true that positionally the 4–2–3–1 doesn’t lend itself as kindly to Puig, but this argument has not been presented about others, who equally haven’t played in it before.

Beyond what Barcelona would miss on the pitch though, what makes Koeman’s decision so fundamentally problematic is what it signals off it. Barcelona’s largest problem has never been the lack of quality players – far less talented sides have achieved far more. The quintessential change that Koeman needed to make was a cultural one. By loaning Riqui Puig out, this would only pick up from where Valverde and Setién left off, compromising the team in order to select the senior players.

One of the few reasons for optimism in a dejected Can Barça this season was Riqui Puig. Firmly extinguished by Koeman when it seemed there could be no doubt he would feature heavily, if not start. On the pitch, Puig is one of Barcelona’s best midfielders based on last campaign’s evidence. Symbolically, he is the face of the rejuvenation that Barcelona desperately need, in terms of style and profile. It is worth asking the question: if a Barcelona manager that can’t trust Riqui Puig right now, should they be trusted with the Barcelona job?