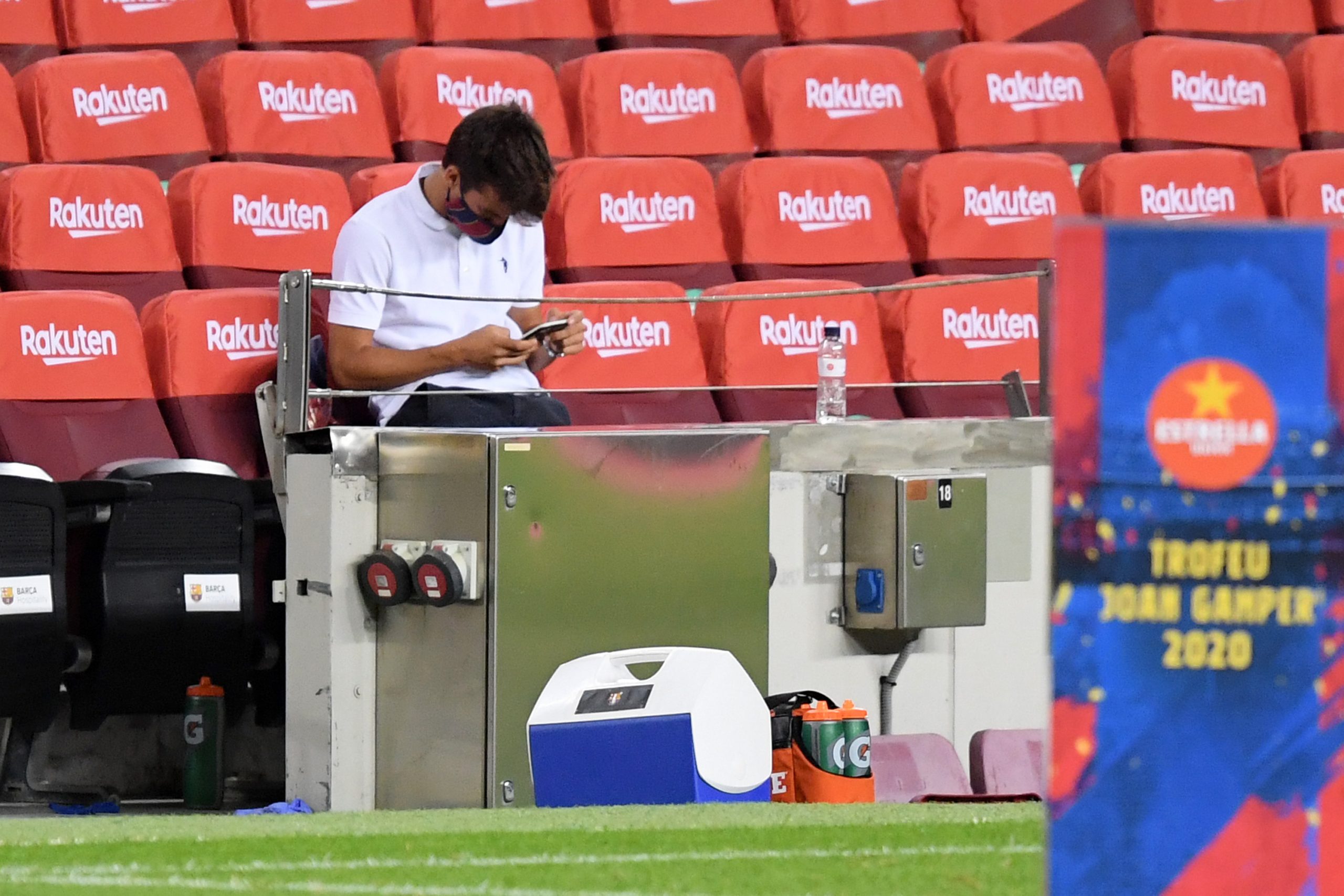 One thing Ronald Koeman has promised to all Barcelona fans upon his appointment was to restore the club’s faith in the youth players. La Masia has been neglected for years now and for various different reasons but all of that was about to change with the arrival of the Dutchman.

And, to be fair to the new gaffer, the roles Ansu Fati, Pedri and even Francisco Trincão play in the team really do back up those words. Of course, only the former is a true La Masia product but the squad as a whole feels rejuvenated.

Most of the players can be happy with their involvement and game time. Most except for Riqui Puig, that is. The young midfielder has only played a total of 11 minutes in official games under Koeman, which is completely surreal.

Puig, without too much exaggeration, is still among the biggest Barça prospects and, alongside Fati, their future. And a very bright one at that. But for one reason or the other, Koeman simply doesn’t rate him at all.

The youngster’s omissions from the team were always technical decisions, meaning that Puig is not in the coach’s plans. Koeman also keeps talking about players having to earn their game time in training by giving their all and that all that do are then picked for the official matches.

Does this mean Puig is not training well enough? That story, while plausible if the gaffer’s words are to be believed, is still hard to swallow. A similar fate has befallen Carles Aleñá, another La Masia prodigy, but as opposed to his midfield partner, the 22-year-old has recently featured for Barcelona against Dynamo Kyiv, albeit only for seven of the final minutes of the game.

For a coach who believes in the youth, Koeman is certainly treating two of Azulgranas‘ best very strangely.