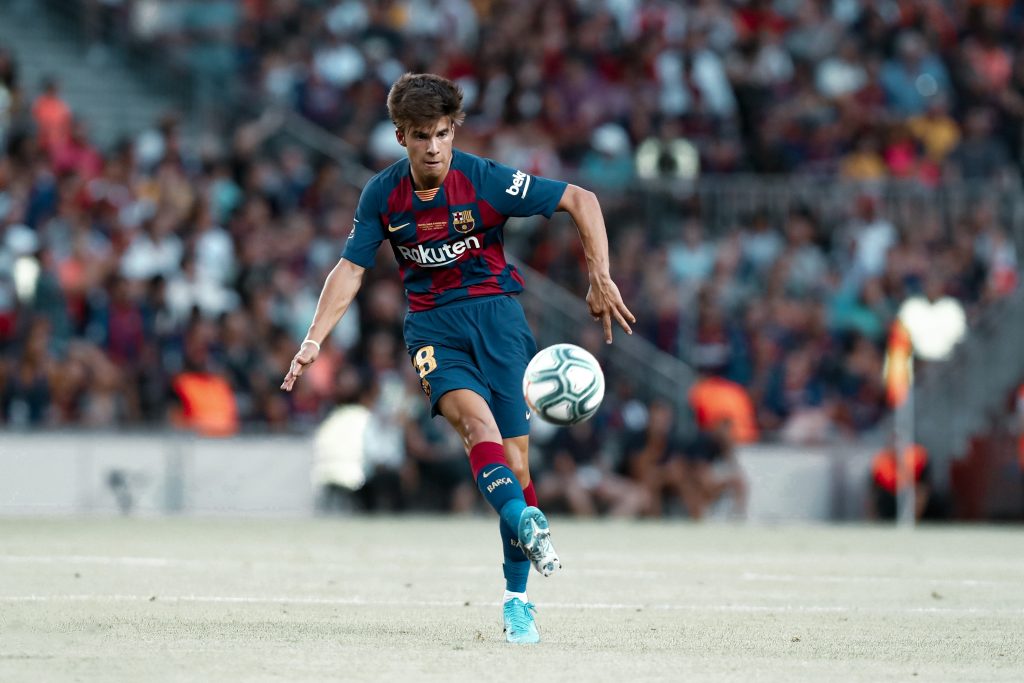 On Wednesday night, Barcelona played Espanyol, who set up defensively in a low block. A static Barҫa struggled to create many clear chances as they scrapped a 1–0 win. In a game that was crying out for Riqui Puig, he once again found himself as an unused substitute

Wednesday night’s Barcelona Derby had extra importance to it as anything but a win for Espanyol would see them relegated. Before the match at the Camp Nou even began, it was clear Barҫa’s rivals would use a low block, an effective strategy against the European giants. Barcelona coach Quique Setién put his trust in the same system and players that had excelled against Villarreal in the previous game. The only change was Iván Rakitić replacing Arturo Vidal in midfield.

However, the team was uninspired and slow in its play. After the game against the Yellow Submarine on Sunday night finished around 12 a.m. local time, the blaugranas still had media commitments and a three-hour long bus journey back to the Catalan capital. This showed and rotations were desperately needed to freshen things up.

There was a lot left to be desired after another lacklustre performance from Barcelona on Wednesday. After an impressive display previously, culés were hopeful for similar against their fierce rivals. Instead, fans witnessed another disappointing and boring match, something that has become a regular occurrence this season.

Though Espanyol defended admirably in their low block, there were a number of mistakes made by the Spanish champions. They failed to face the problem head on and instead hid behind their comfortable backwards and sideways passes. A lack of movement and width made life all too easy for the Periquitos to close out the space in the middle. Sergio Busquets, who put in another stellar performance, was forced to take five or six touches at times as there was no forward options to pass to.

After undoubtedly being one of the standout performers against Atlético de Madrid, Riqui Puig was a substitute against Villarreal and didn’t get minutes versus Espanyol | Photo by Marc González / Zuma via Imago

Quique Setién tried to amend proceedings in the second half by introducing young Ansu Fati to provide more width. It was unfortunate that he was shown a red card almost as soon as he came on. This could have influenced the substitutions that Quique used later in the match.

Nevertheless, again, his choice of substitutions left a lot to be questioned. Arturo Vidal was introduced for Antoine Griezmann and was far less effective. When Barcelona needed to stay in control of the match they took off Antoine. He was keeping the ball well and finding space between the lines, but the manager replaced him with a less composed player. Martin Braithwaite was introduced too late and centre-back Ronald Araújo was brought on for midfielder Iván Rakitić with only minutes remaining. The most notable absence was Riqui Puig, who should have played.

Whenever he has been called upon, Riqui Puig has delivered outstanding performances for the team. His energy both in attack and defence really boosts the team’s intensity. He understands exactly what FC Barcelona is about and how their style of football should be played.

In the Derbi Barceloní, Puig would have been one of, if not the, best option in midfield. Against a team that plays with a low block, the 4–3–1–2 formation struggles to break down the defence, as the game gets congested in the middle. Instead, a 4–3–3 helps to stretch the opposition and create pockets of space around the pitch.

Riqui Puig, in his favoured interior role, would favour moving the ball at a quicker rate to help create that much-needed limited space. Additionally, his ball progression and ability to pick up threatening areas on the pitch helps to generate more chances for the team. A midfield solely of Iván Rakitić and Sergio Busquets does not do this effectively.

It would have been a major statement if Quique Setién had started Riqui Puig, or at least given him substantial minutes as a substitute. It would have shown that he trusts the youngster, especially in a game such as the Catalan Derby. The coach’s trust is a huge part in a player’s development, along with regular game time to keep match fit.

“Football is about having the best offensive play possible. I always like to play offensive football, and nobody will convince me otherwise”

Also, by not playing the La Masía graduate and opting for more defensive changes, it seems Quique Setién was content with a sluggish 1–0 win against bottom of the league. Puig has earned the right to more minutes than he is currently getting. When he has played, he has arguably been Barcelona’s best midfielder and offers a better balance to the team.

For fans, it was disappointing not to see Riqui Puig, not even as a substitute, on Wednesday night and instead watch a tired Barcelona scrape an uninspired win. Quique Setién seems to be making the same mistakes that Ernesto Valverde did during his time. He is overplaying the same core group of players and they become fatigued. This leads to a drop in standards and intensity which was evident against Espanyol.

Quique must freshen things up and players like Riqui Puig are ideal for this. Young, energetic, eager to impress and with undeniable quality, the 20-year-old should be given more opportunities. The Spaniard offers an attacking threat that most other current Barҫa midfielders cannot. His vision, positional intelligence, sharp turn of pace and ability to move the ball quickly is exactly what the team needed last night. Puig has been undervalued by the Barcelona hierarchy and must be given a more prominent role in the team.