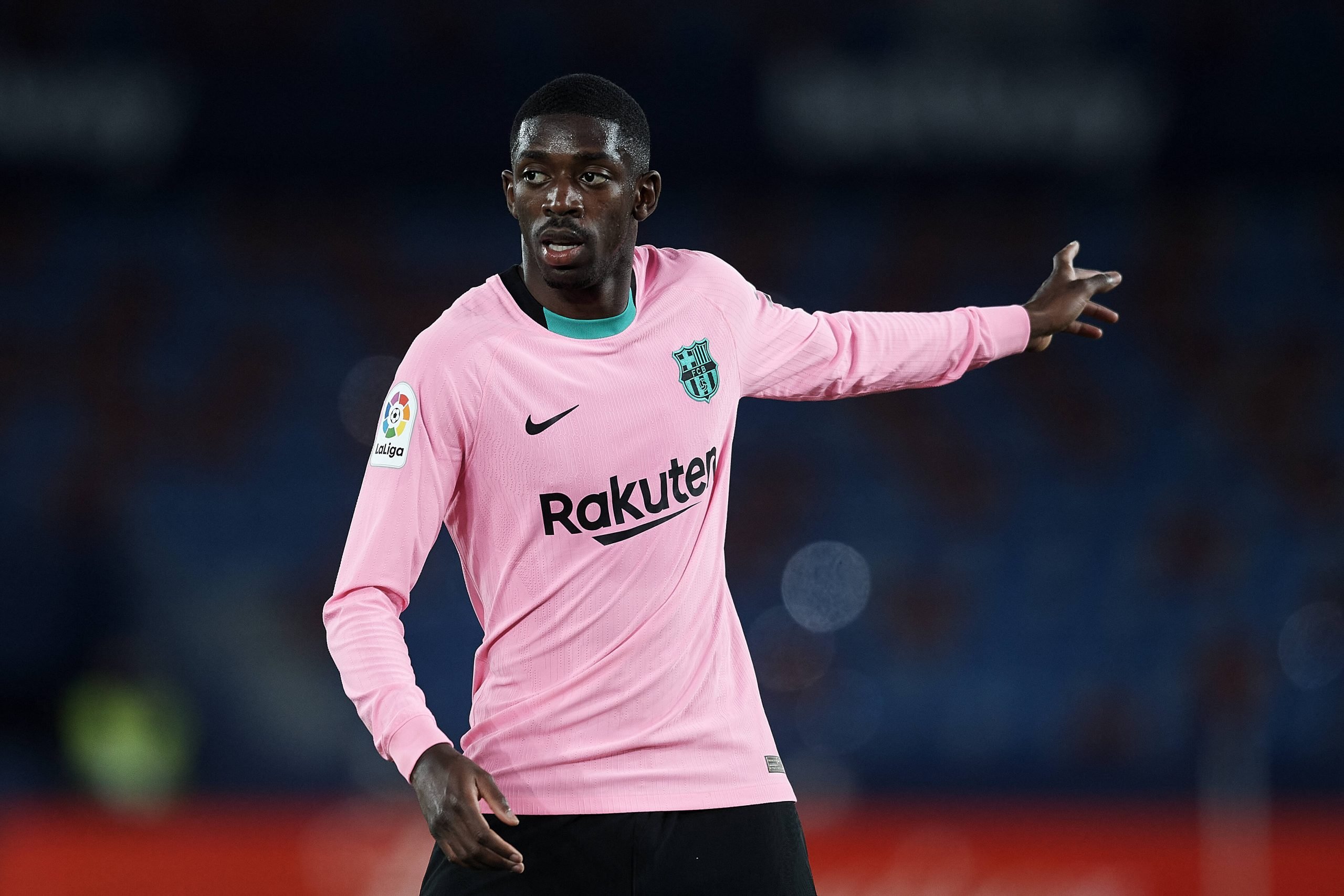 Ousmane Dembélé and Barcelona are currently undergoing a rocky period: despite a relatively promising season from the Frenchman (still, far from perfect), his future may not be at the Catalan club, but there has worryingly been virtually no communication from him regarding his renewal offer, as per Diario Sport.

Joan Laporta’s election as president has come with several revitalisations. The first, to the wage structure: the president has been clear that the financial situation does not allow Barcelona to continue with its massive wages and senior and new players would have to take a pay cut.

This did materialise, though, as Lionel Messi and Gerard Piqué have reportedly already agreed to a new wage formulation, and Sergio Busquets and Jordi Alba will be negotiated within the near future.

In fact, even new signings are being paid relatively less than they ordinarily would’ve been. Eric García, despite his long-established commitment to the club, was harshly negotiated with, and Sergio Agüero is earning a fraction of what his predecessor Luis Suárez was.

This has, of course, come with caveats, specifically the inability to sign Wijnaldum, who was lured away by Paris Saint-Germain’s significantly higher wages.

Another victim of Barcelona’s new wage formulation might be Ousmane Dembélé, who has refused to respond to the Catalans’ second contract offer for a fair while now.

Barcelona’s first offer was considered far too weak financially by the Frenchman, and their second (reportedly last) offer is yet to be responded to. Barcelona have been clear with their policy regarding the 24-year-old: either he puts pen to paper or leaves this season.

The Catalans have been open to selling the Frenchman seeing the major influx of attacking talent this season. He may be the first victim of Laporta’s clearance since his profile, age, and talent has garnered interest from major clubs in Europe, and he would undoubtedly fetch a massive price, despite his inconsistent form.

The risk, however, is losing him on a free next season when his contract runs out to Juventus, who have reportedly been in contact with the Frenchman personally. The anxiety is clear, and Barcelona have to act quickly with the attacker so as to not lose out on the massive sum of money that would ease the financial crisis and make the signings of other players far easier.

Barcelona are also keen on negotiating with Moriba, who has had a great debut season for the Catalan club. He, too may not be the easiest to agree with.